A Mission To Save Abused Circus Lions, One Cat At A Time.

Circuses have a well deserved reputation for rampant animal abuse. This can range from poor diets or housing, to the outright slaughtering of the animals over behavior or failure to perform. In the United States there has been an overwhelming outcry against the way circus animals are treated, leading to many animals being saved. While there is hope in the US, many countries are still home to some of the most horrifically brutal zoos and circuses. That is where Animal Defenders International and Greater Good come in. 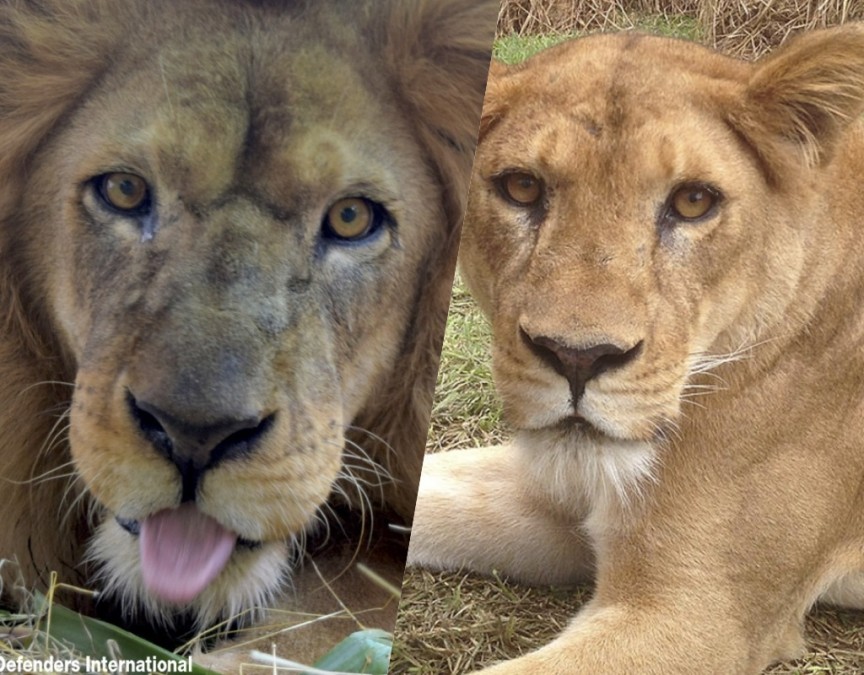 Currently, ADI is trying to fly over 30 lions rescued from nightmarish conditions back home to Africa, where they can be protected at Emoya Big Cat Sanctuary. In order to help rescue these big cats, we are helping to shine a spotlight on each of these gorgeous and fortunate creatures. 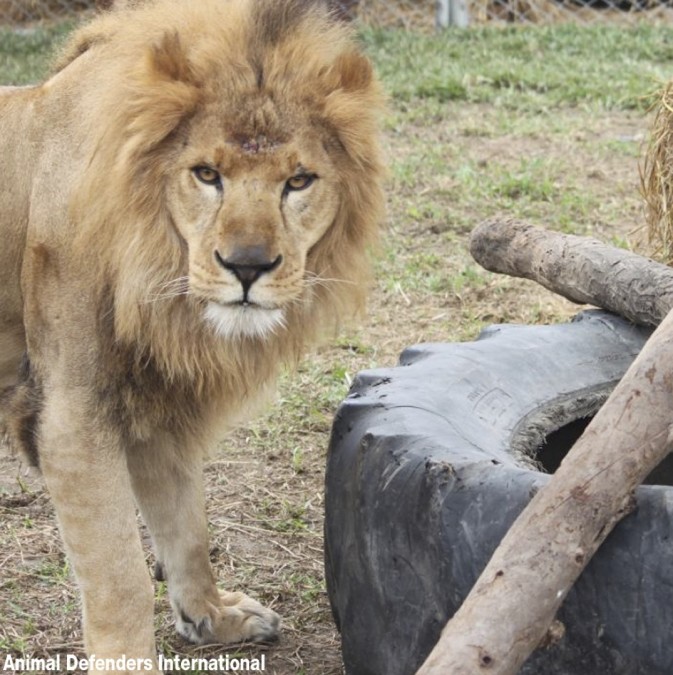 Chino was one of the first lions saved through Operation Spirit of Freedom. Chino and his brothers Rolex and Coco might have been saved from their torment, but sadly, they will have life long wounds to contend with. The circus amputated their toes in order to remove their claws, preventing them from ever being able to survive in the wild. While they are able to play and romp, they will never be fully healed. Thankfully, South Africa has a gorgeous natural sanctuary that will help keep Chino and his family healthy and happy when they finally arrive. 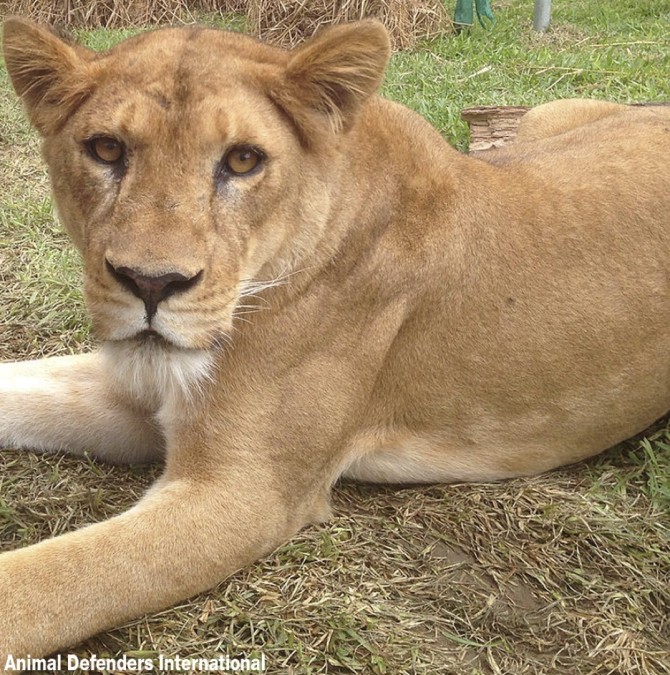 The experience ADI had saving Amazonas is straight out of a movie.

“Police, wildlife officials and Animal Defenders International (ADI) were met by an angry mob wanting to fight the police when they arrived to remove the animals from an illegal circus high up in the mountains in Cusco”

Amazonas was found in a tiny cage with a castrated male lion, along with numerous other lions crammed into enclosures that barely gave them space to move. Every one of them was in extreme distress due to their living conditions and the violence of circus workers. Following a 35 hour journey, she arrived at the rescue center in Lima, and is waiting for her flight back to Africa! 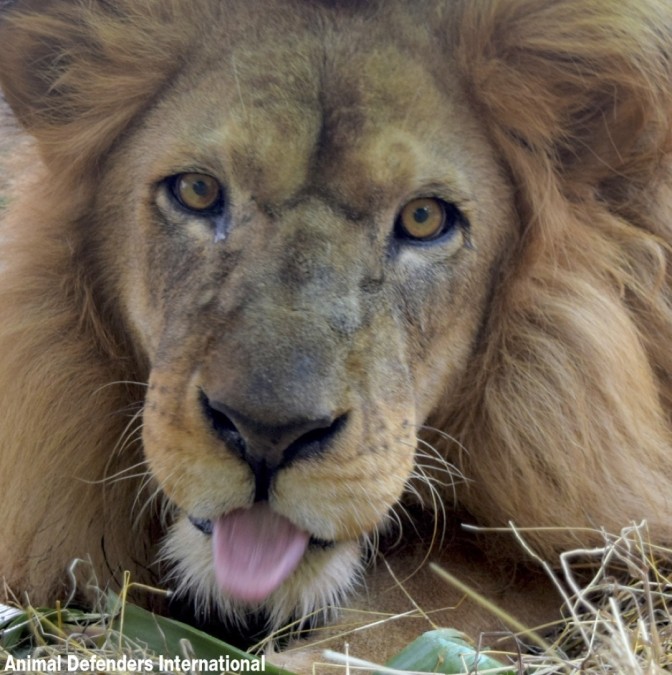 After a long struggle, ADI had a hand in getting Columbia to ban wild animal circuses. Quickly after the ban became a law, a circus surrendered nine lions to the regional wildlife authority in Bucaramanga, including Bolillo. He arrived a surly, terrified cat, but being free to run and socialize has helped him to calm down and enjoy life! He is certainly excited to get back to his home country! 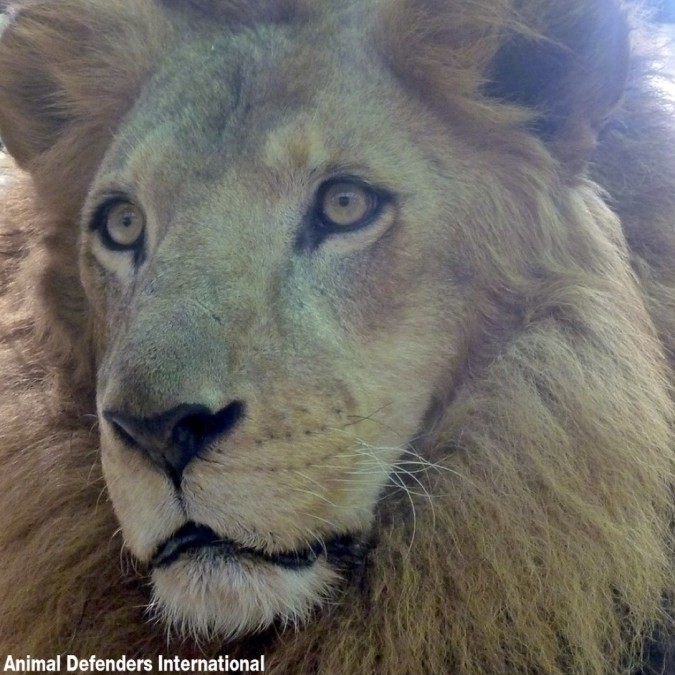 Bumba is another lion surrendered by a Colombian zoo. Bumba, along with eight others lions, was immediately surrendered to ADI when the law against wild animals in circuses was passed. He now lives with some of his circus mates, finally able to run and play with them! 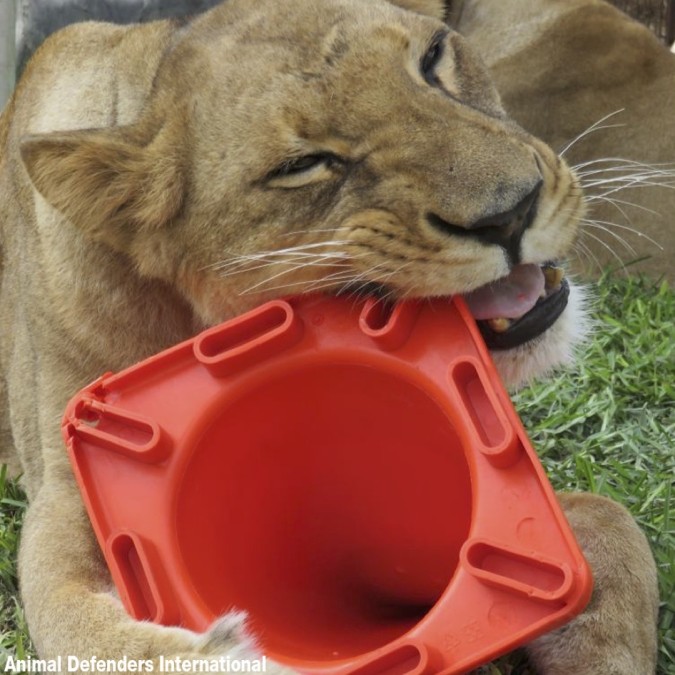 Africa’s father, Leo, was rescued from the circus in the first mission of the Spirit of Freedom rescue operation. While Leo was saved, the circus refused to release all of their illegal animals.

8 months later ADI tracked down the circus again to save the lionesses they were forced to leave behind, mother Muñeca, daughters Kiara II, and Africa.The whole family will be reunited in the African savannah, but for now she shares space with her mom and big sister Kiara. These lovely ladies enchant the male lions when they spend their afternoons sunbathing and frolicking in the grassy exercise enclosures. Hopefully they will have a full family reunion soon! 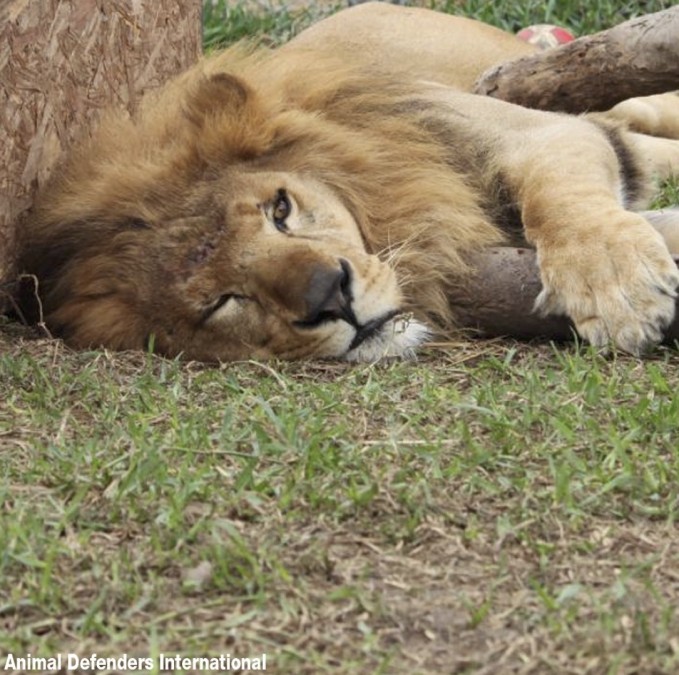 Coco was rescued with his brothers Chino and Rolex. Like his brothers, Coco had his front toes removed in a horribly painful manner, and can never be in the wild again. However, he and his brothers have a chance at a semi-normal life in South Africa. Hopefully they can all travel there together! 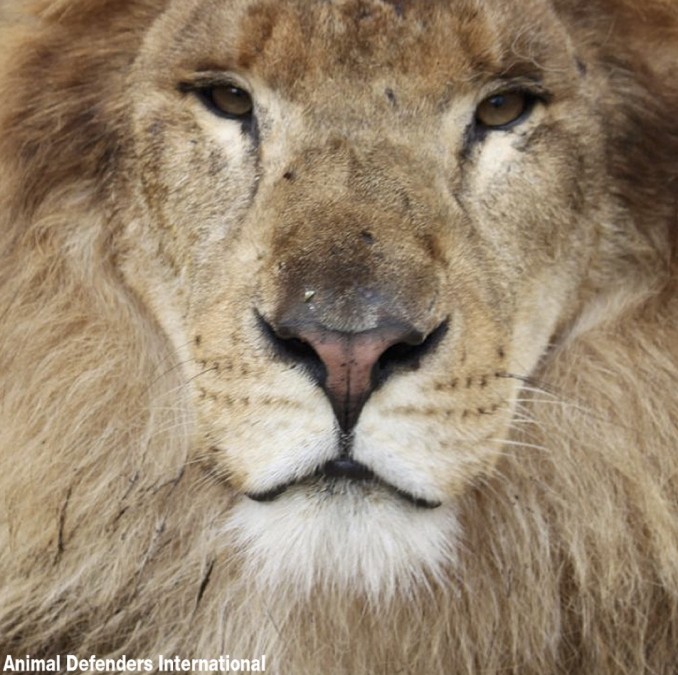 David’s story is one of the most heart-wrenching stories among the lions. David and his sister Rapunzel (who will be featured soon) were saved from Peru’s last illegal circus. The circus was alerted that wildlife officials were coming to take the lions to safety, and so they fled with the pair and their father. Their father was so infested with parasites that went untreated that he died while they were on the run, but David and Rapunzel managed to survive until officials caught up with the fleeing circus owners. David was terrified of life outside his extremely small cage, but has learned how to love being outside, and enjoy the company of other lions!

While 6 of the 33 rescued lions have been funded, the remaining lions still need your help to travel across the ocean to safety and life long care!

Help Save These Amazing Lions! There are no sanctuaries in Latin America for these rescued lions, and these lions belong in Africa. That’s why GreaterGood is teaming up with ADI to transport all 33 rescued lions to the Emoya Big Cat Sanctuary in South Africa. A charter flight is the most economic, and a direct flight the least stressful way for the lions to travel to Africa. With your help, these 33 lions, who have never felt the sun on their backs or grass beneath their feet, will receive a well-deserved retirement in the African Bush.

Help us bring these incredible and brave lions to safety!

Spread the word and help save these magnificent creatures! ☟