Some people believe that many animals are able to feel empathy, while others scoff at the idea. Can animals really grieve?

This video shows the heartbreaking proof.

It’s a funeral procession for a dead elephant calf, and it’s absolutely shattering.

Elephants are very emotionally intelligent creatures. When they lose a loved one, they feel the loss deeply.

This footage was taken in India and began to circulate on Twitter. It was initially shared by one of the park rangers who happened to be in the area at the time.

It has since gone viral, and we can see why. 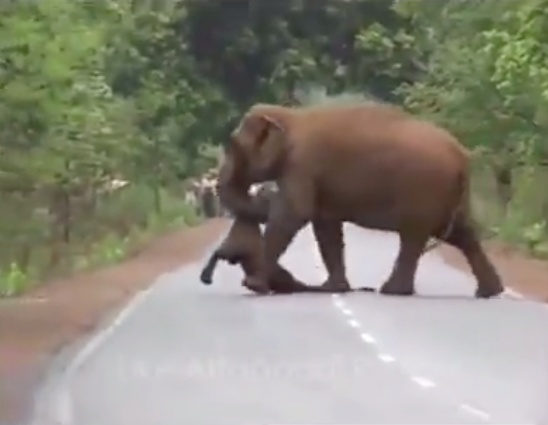 Elephants have a huge capacity for grief. While some members of the animal kingdom move on from the death of a young one quite easily, elephants show signs of grief for days and days.

Elephants live for just about as long as humans do — around 70 years. They form strong and long-lasting relationships with the members of their herd, and so when one member dies, they all mourn. 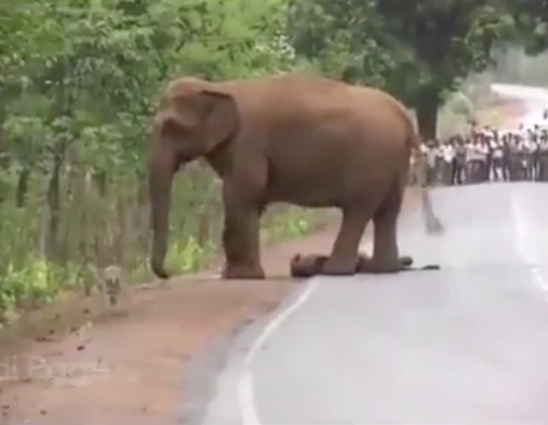 The way this mama elephant continues to march on, honoring her baby, while the entire herd gathers around her, is so powerful.

Seeing that humans are keeping a respectful distance is also a relief. They don’t move their vehicles while the procession is in progress, in order to not disturb this sacred ritual. 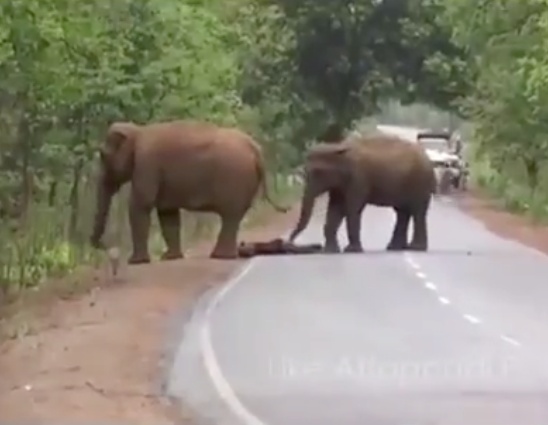 The herd doesn’t need any human interference. They are very protective of their young, and are grieving the way they need to.

When finally leaving their dead and ‘burying’ them, elephants will cover the body in twigs and leaves. 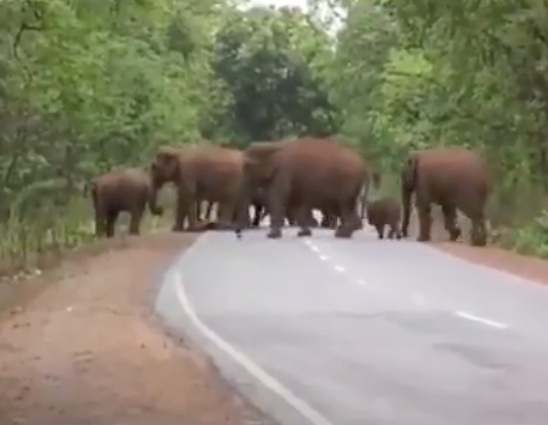 It’s a truly special thing to be able to witness these elephants in the wild dealing with their grief. It’s awe-inspiring and, at the same time, terribly sad.

We hope the herd is able to honor this calf in the way they need to and work through their grief.

Share this video with the people in your life who appreciate how emotionally smart animals are.

This will move you !! Funeral procession of the weeping elephants carrying dead body of the child elephant. The family just don’t want to leave the baby. pic.twitter.com/KO4s4wCpl0