Overfishing and pollution from the industry has been a blight on endangered species like dolphins, but not very fisherman is so cold hearted. When a man in India caught an endangered dolphin in his net, he dropped everything to make sure the mammal made it back to water safely.

According to FOX 6 NOW, locals in Purnia, India, watched the man carry the Ganges river dolphin away from his nets before releasing it back into the water.

“The dolphin had strayed into the Parmaan River from the Ganges,” a witness told Southwest News. “Consequently, the aquatic mammal got entangled in the fishing net. A massive crowd gathered in the area to get a glimpse of the mammal.” 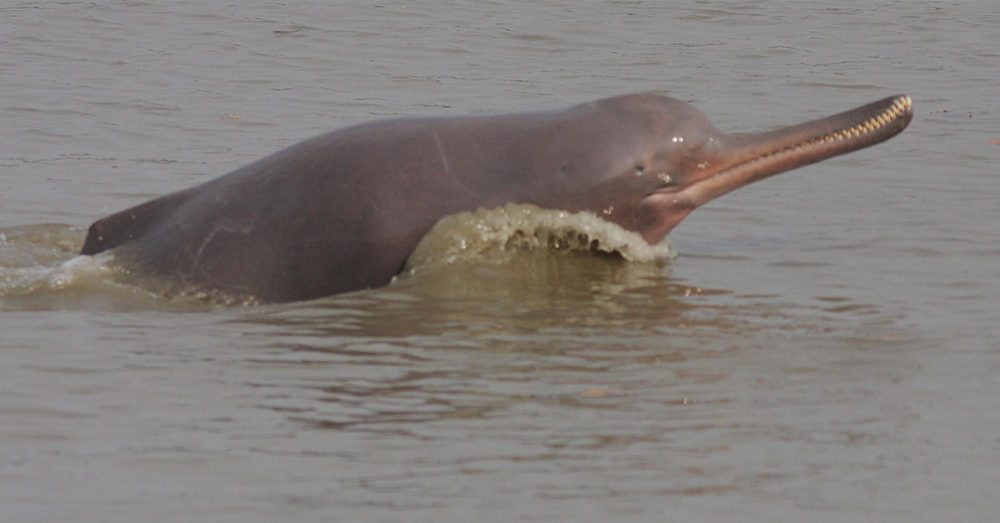 It’s possible to dolphin navigated the Ganges tributaries until it found a smaller river in the Brahmaputra River system running near Purnia, which is located near Bhutan and Nepal, in India’s northeast corner.

The International Union for Conservation of Nature reports that only 240 to 300 Ganges river dolphins live in the Brahmaputra River system, and all are highly vulnerable.

“The Brahmaputra River is very important habitat for these endangered dolphins,” says Gill Braulik, of IUCN’s Cetacean Specialist Group. “To protect them it is vital that we involve local river communities. In some places, like in the Kukurmara area of Kulsi River, for example, the dolphins are a tourist attraction due to protection by local communities. But in other areas, dolphins are accidentally killed in fishing nets or are sometimes deliberately caught and killed for their oil.” 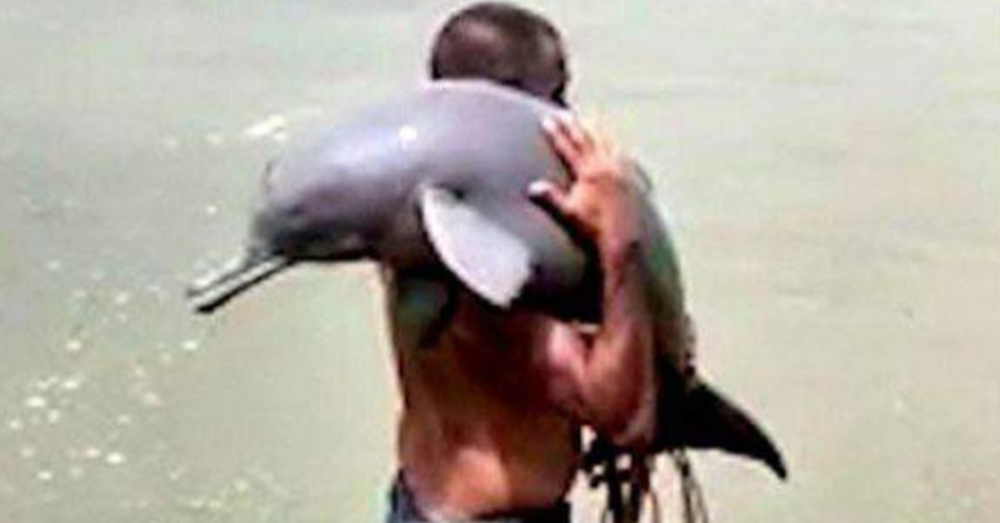 Soon after the dolphin was released, locals called the regional wildlife authorities, who helped escort the dolphin back to the Ganges.

DYK?
Ganges River Dolphin, our National Aquatic Animal once lived in the Ganga-Brahmaputra-Meghna river system is now endangered. They live in fresh water and are practically blind, with small slits as eyes.
Was fortunate to spot these in Ganges in Meerut. pic.twitter.com/BKMj8LqaIi

“Ganges river dolphins prefer deep waters, in and around the confluence of rivers,” WWF India reports. “Once present in tens of thousands of numbers, the Ganges river dolphin has dwindled abysmally to less than 2000 during the last century owing to direct killing, habitat fragmentation by dams and barrages and indiscriminate fishing. It is for these reasons that despite high level of protection, its numbers continue to decline. The absence of a coordinated conservation plan, lack of awareness and continuing anthropogenic pressure, are posing incessant threats to the existing dolphin population.”

Sparrows Are Changing Their Tune, And The New Tweets Are Surprising Scientists: Click “Next” below!