We sometimes get a glimpse into life under the ocean, but often, it is only through videos or television shows.

Even experts are unaware of much of what lies under the water, as it is the last part of the earth that is really left to be explored.

On occasion, we also get a glimpse into what is under the water because it ends up on the shore. That is what happened at the Crystal Cove State Park in California when somebody found a rare Pacific football fish (also called an angler fish) on the sand.

Typically, an angler fish does not see the surface of the water. They spend most of their time about 2000 feet below the surface and it is completely black down there.

Even though angler fish are not uncommon, it’s very rare to see them outside of their typical environment. In the case of this football fish, nobody is really sure why it washed up on the beach.

The park shared photos of the fish on Instagram and explained, “Last Friday morning an incredible deep sea fish washed up on shore in Crystal Cove State Park’s Marine Protected Area (MPA). There are more than 200 species of angler fish worldwide and this particular fish is most likely the Pacific Football Fish.” 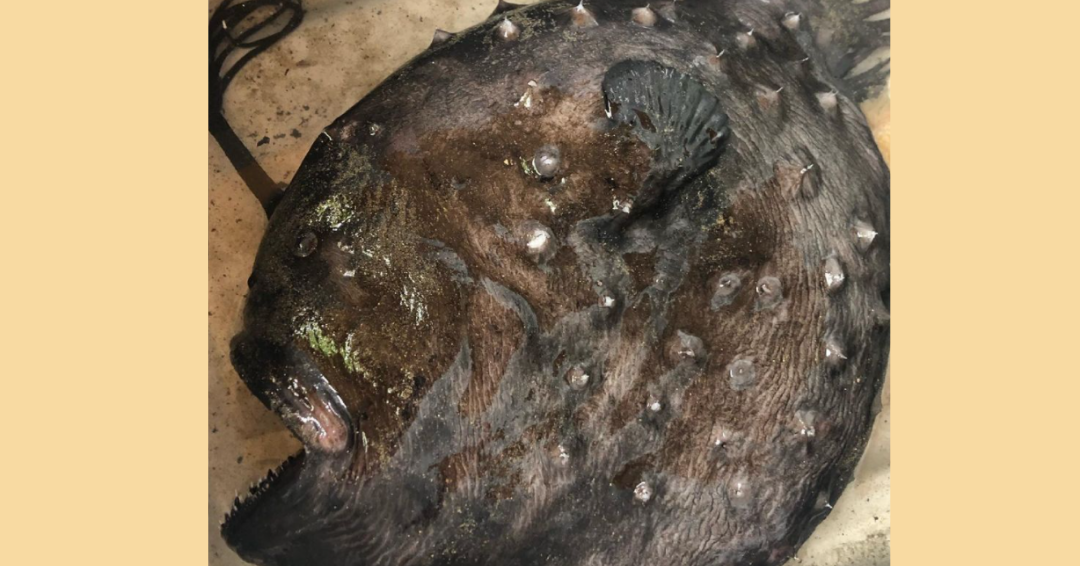