I remember the first time I ever saw a flying fish. I was six years old on a family vacation in Mexico. I’d been given a fish tank in the shape of a bubble gum dispenser the same year. I knew my three goldfish, Rod Stewart (my father was a big fan), Ted, and Goldilocks would be well taken care of, as long as I fed them regularly, kept their tank clean, and, well, didn’t take them out of the water.

Suffice it to say, when I saw these fish flying out of the water, I was very confused. Clearly, I could see these were not the same as my pets, but this seemed like actual magic. 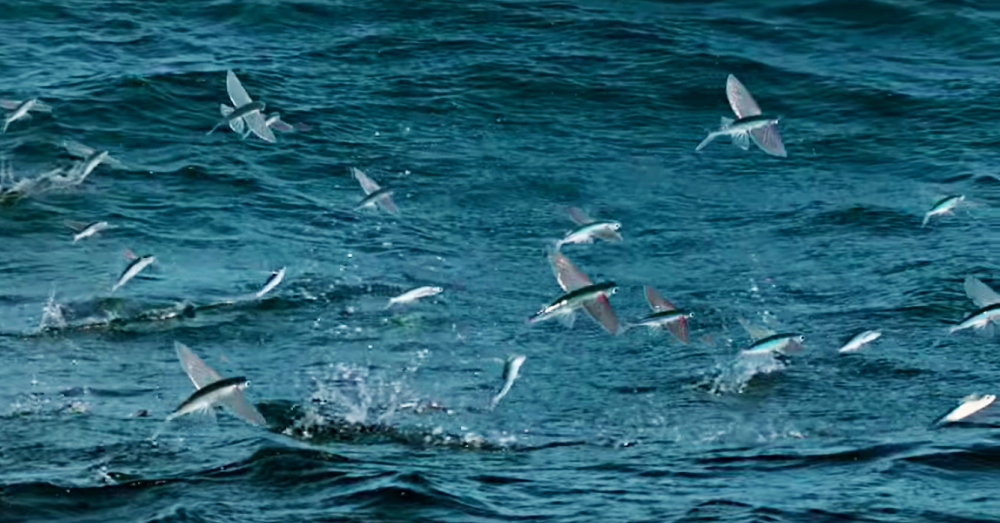 While my adult self realizes these fish don’t

Flying fish are able to glide through the air thanks, in part, to their streamlined, torpedo-like shape, which allows them to get enough momentum (they can reach speeds of up to 37mph) underwater to propel themselves out of the water, reaching heights up to 4 feet.

Their large pectoral fins then splay themselves out like wings to help them glide through the air. And we’re not talking about short distances, either. They can glide this way for up to 655 feet.

What’s more, these impressive creatures can continue the cycle of propelling themselves out of the water, gliding, going underwater, then resurfacing and gliding again for more than 1,300 feet! 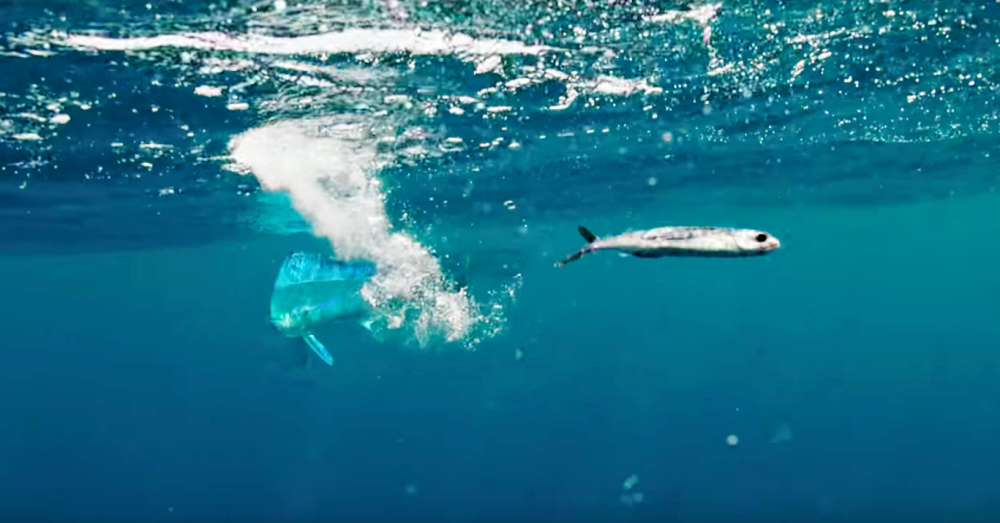 These fish, which feed primarily on plankton, have a number of predators that would be happy to make them their next meal. For this reason, scientists believe flying fish have adapted to develop these abilities to protect themselves.

And while that may not be as magical as actually possessing the ability to fly, we think that’s just as cool. 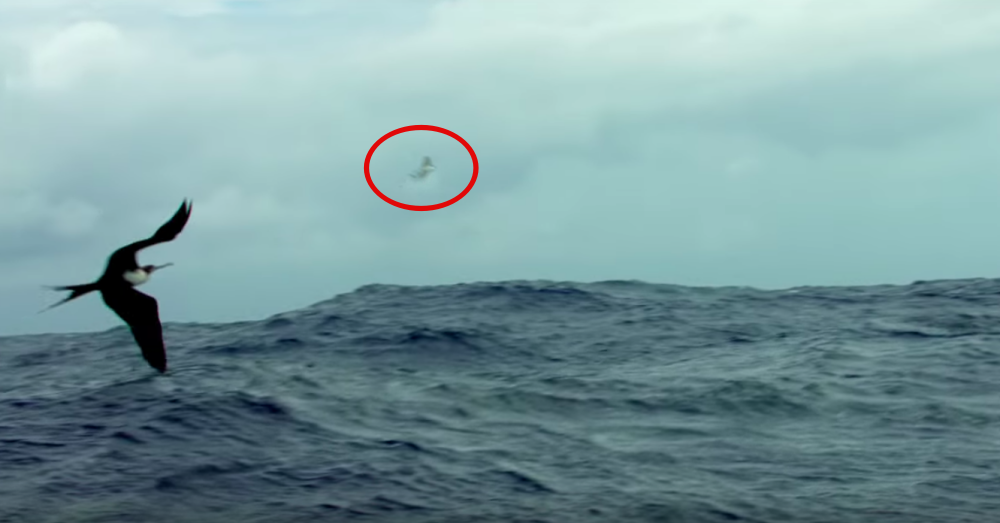 But what happens when your predators catch on to your tricks?

In the video below, you’ll see what happens when a school of flying fish tries to use their gliding skills to escape a hungry Dorado. It seems like the perfect getaway plan. Until they encounter hungry Frigatebirds from above! This is incredible footage! Enjoy!

L.D. and her eleven-year-old lab, Eleanor Rigby Fitzgerald, moved from Seattle to Grand Rapids earlier this year, and are currently enjoying exploring their new city! She likes books, music, movies, running, and being outdoors as much as possible.