With their long legs, hooked beaks, and colorful bright pink hues, flamingos are — without a doubt — among the world’s most unique and beautiful creatures. But this adorable video of a flamingo parents teaching their baby chick how to swim proves that these striking birds birds are excellent parents, too.

The video, which was released by the Cincinnati Zoo, shows baby flamingo learning how to swim. “Look at those little legs go!” zookeepers wrote on Instagram. “Both Mom and Dad keep a close eye on their chick as they test out the waters. #BirdsAreAwesome.” 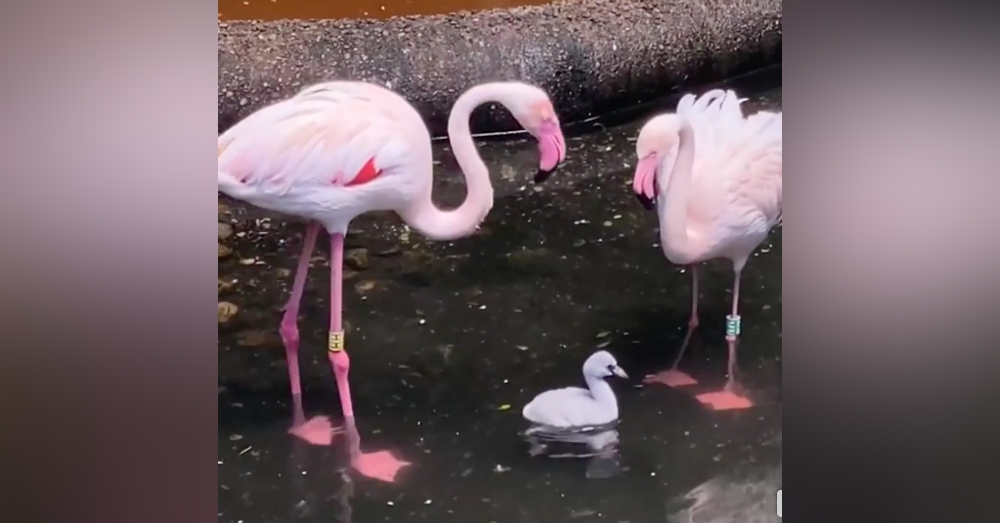 This adorable scene quickly went viral and garnered thousands of comments and page views. But one of our favorite parts of the video, however, is how both parents take an active role in their baby’s development, which isn’t always the case in the animal kingdom.

Many male birds don’t play much of a role in their youngster’s life, if they even meet their offspring at all. But adult flamingos — in addition to mating for life — play equal roles in incubating and raising their young. Both parents can even nurse their young chick via a special gland that allows bother genders to produce something akin to nourishing milk.

Look at those little legs go! Both Mom and Dad keep a close eye on their chick as they test out the waters. #BirdsAreAwesome

You’ll also notice that this little chick is also a vocal creature who frequently calls out to his parents for help. This adorable squawk will help his or her folks recognize their chick when their baby moves into the flamingo creche, which is essentially a communal nursery where this youngster will go to practice finding food and learning other flamingo behaviors once he learns to walk and swim. 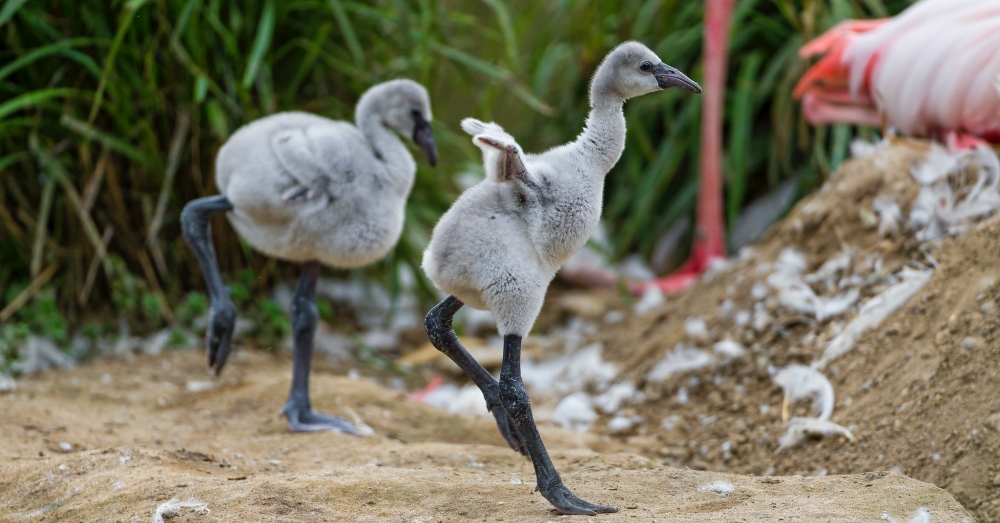 The beauty of the flamingo creche, which could be populated with thousands of other youngsters, is that this shared nursery arrangement lets baby chicks practice finding their own food, learning to balance, and practice other flamingo behaviors while the grown-ups divvy up babysitting duties. Very clever! After all, many hands (or feathers in this case) make light work. These striking birds are clearly very smart parents, too.

Have you ever seen a flamingo up close? Tell us about it in the comments!