Angry Fisherman Throws A Glass Bottle At A Seal

In a disgusting display of cruelty, one fisherman off the coast of Torquay in the UK was seen chucking at glass bottle at a seal. The shocking moment was caught in s series of disturbing photos that show an unidentifiable man throwing a green glass bottle at a seal that was swimming in the water below.

The bottle ended up hitting the poor seal directly on the top of its head. The horrible incident occurred at Hope’s Nose, an area that is close to the town of Torbay. The area has also been noted as a Site of Special Scientific Interest.

Check out the series of photos below: 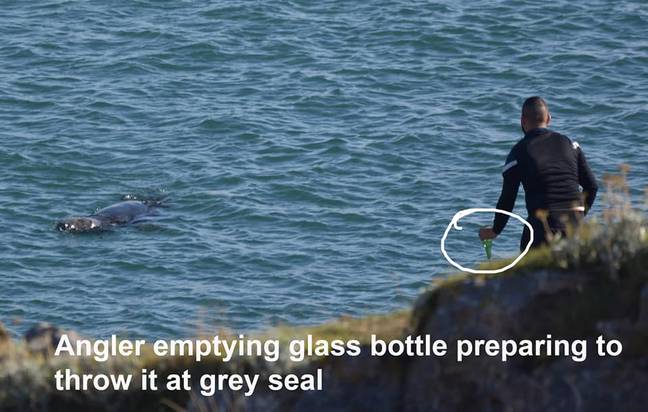 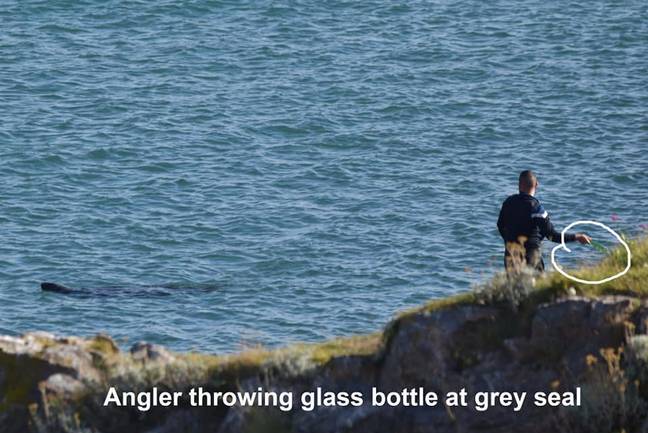 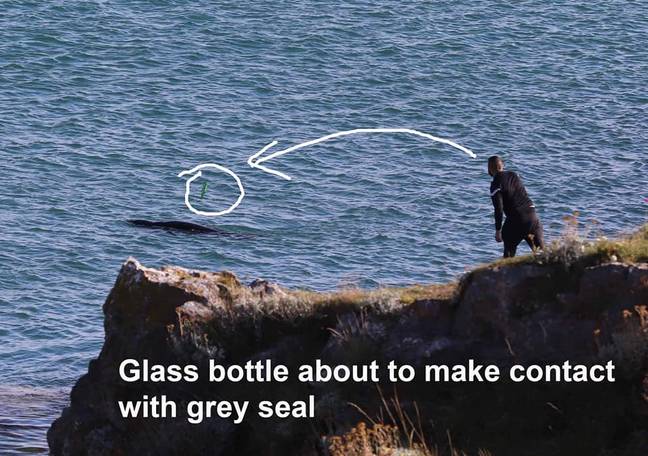 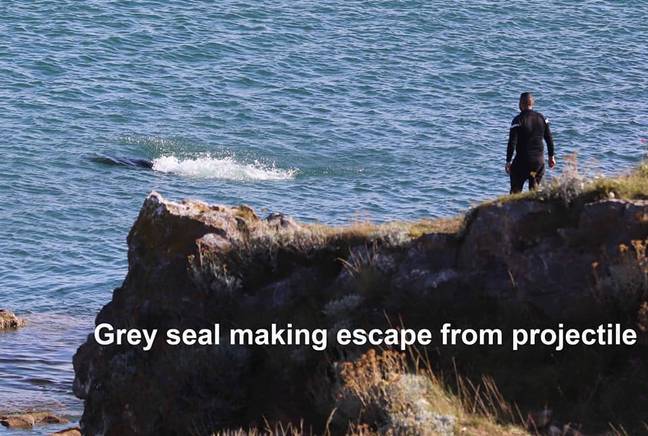 There is a local seal conservation group that shared the photos to Facebook. The Seal Project was in the area at the time of the bottle-throwing incident, picking up 12 bags of litter. They wrote in a post, “Today we litter picked at Hopes Nose, Torquay. Whilst there, we observed 2x wildlife entanglements (herring gull, grey seal), high levels of litter (including alcohol and food waste) and multiple fire sites. This was not the worst part though. We observed multiple examples of antisocial behavior by anglers and campers. In one instance an angler intentionally threw a glass bottle directly at a grey seal.”

The post further explained that the seal group had even received other reports about similarly aggressive behavior towards seals at both at a particular site, as well as Berry Head. What is wrong with people? That was the ending sentiment of the seal’s post as it wrote that the anglers of the area should be more kind and thoughtful towards the wildlife. They asked that people pick up after themselves and responsibly dispose of their trash. But most importantly, they noted that people should, “Give wildlife space. Be kind.”

The local council’s website boasts that the spot is a beautiful spot that is “enjoyed by walkers, geologists, ecologists, anglers and other recreational users” – all from local areas or farther away. While the website has clearly listed out rules such as cleaning up litter, not catch more more than 20 mackerel within 24 hours, etc., it still sees a bit of roughness from anglers. However, a researcher for The Seal Project, Duncan Kenny, shared with a local media outlet, Devon Live, that the harsh actions of some anglers isn’t a reflection of the entire angler community in the area. Because of this, Kenny further shared that the Torbay Coast and Countryside Trust are working with the seal charity in order to come up with a strategy to tackle certain concerns and problems so they don’t continue to happen.