No Matter How Hungry He Looks, Don’t Feed This Bear! Here Are 4 Reasons Why.

While feeding wild animals might feel like the humane thing to do, it can actually have devastating consequences for both the animals and their ecosystems if done improperly.

We’re still learning the best practices for managing wildlife in the modern world, but it’s becoming clear that the old way is unsustainable. For much of the twentieth century, feeding bears at national parks was acceptable and even encouraged, while feeding bread to ducks is still a common occurrence.

Today we know these practices cause more harm than good. Before you go out and feed any wildlife near you, consider these four ways supplemental feeding can negatively affect our animal friends:

Most wild animals rely on a diverse diet made up of their natural prey or plant-life. When we present our own, processed food to wildlife, they have no way of distinguishing it from food that is actually good for them.

Bread, for example, has no nutritional value for ducks or other waterfowl — yet feeding leftover bread to ducks and geese is so common that some birds eat only human-provided bread products, too much of which can be very bad for them. Bread is high in protein, compared to waterfowl’s natural diet, and when ducklings, goslings, and cygnets eat too much protein they can develop a deformity called slipped wing or “angel wing,” which can prevent them from being able to fly later in life.

Three birds with angel wing, and three without. Via The Royal Society for the Protection of Birds

Bread can also be a source of pollution or disease and can have serious detrimental effects on the environment if it goes uneaten and is left to mold.

Overall, ducks and geese will fare better foraging for their own food, and you’ll help the environment more by composting your aged bread or turning it into stuffing or bread pudding. If you still want to feed wild waterfowl, try tossing them something healthier, like halved grapes, cracked corn, barley, or duck feed pellets.

2. Feeding can throw their diet off-balance

You may not know this, but we all have bacteria in our digestive system, called microbiota, that help us break down food and fight disease. There are different types that come from different foods. Animals have digestive bacteria too, and each species has co-evolved with the types of bacteria found in their natural diets.

When humans introduce different food and bacteria to the diet of wildlife, we change the makeup of their microbiota — sometimes with detrimental results.

Earlier this year in New Hampshire at least twelve deer lost their lives to a condition called enterotoxemia, which is caused by rapid changes to their diet and subsequently their microbiota. Deer have a unique physiology that requires certain seasonal bacteria to break down the coarse foods that make up their overwintering diet. When they don’t get that bacteria, there can be tragic consequences.

When it comes to deer and other animals with specialized seasonal diets, the best way for you to help is to let them fend for themselves. Most animals are highly adaptable to seasonal changes in their natural habitat, and typically do not have problems surviving on their own during the harsher months.

3. They may lose their fear of people

When wild animals learn they can consistently get an easy meal from humans, they may change their foraging behavior and begin seeking out our food rather than maintaining a natural, healthy diet.

The bears of Yosemite National Park are infamous for their human-seeking behavior, and a great example of why you shouldn’t feed wild animals. 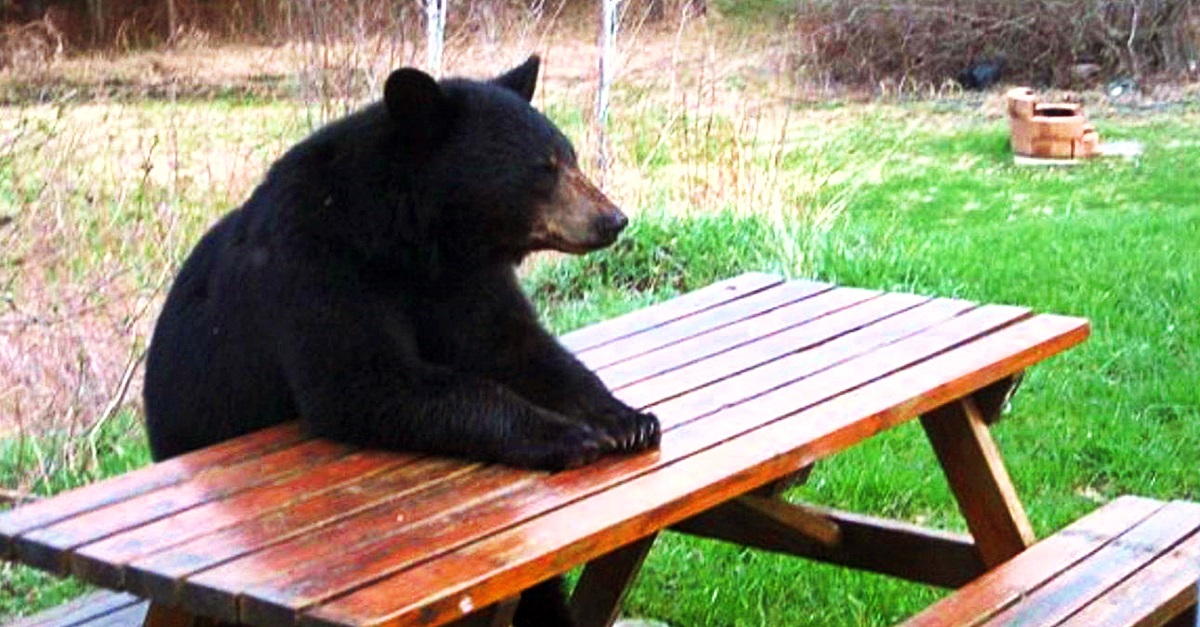 Yosemite has tried a diversity of bear management techniques. At one time they had designated areas to dump food waste where bears could feast and people could watch. When those were shut down, bears continued to associate humans with food, and began relentlessly scouring campsites and dumpsters for more. Some bears, through no fault of their own, were deemed a “nuisance” for their behavior and killed.

Nowadays Yosemite strongly discourages the feeding of bears. Since implementing their proactive bear management system over fifteen years ago, the park has had great success preventing bears’ reliance on human food for sustenance. By providing bear-safe food-storage containers and encouraging their use, Yosemite has nurtured a more peaceful coexistence with its bear population.

4. It can lead to overpopulation

In the wild, animals have three basic necessities: food, water, and shelter. We throw off the natural balance between the three when we supplement natural food sources with our own.

When animals notice an overabundance of food in one area, they have a natural predilection to seek out water and shelter in that same area. If they come up short, this may result in conflict with other animals or people. Populations that are normally separated may find themselves in the same habitat, which can lead to increased rates of infectious disease transmission.

Many people have bird feeders in their yard, for example, but if the feeders aren’t properly maintained, there is a high chance of them hosting transmissible viruses and bacteria. Birds that would normally have their own space might come into aggressive contact with others at a common feeder, making it easier for parasites to spread.

If you have bird feeders (or you want to have them), make sure you space them apart, and clean them frequently to reduce contact rates among your neighborhood birds.

Just because feeding bears in the wild isn’t a good idea, that doesn’t mean you can’t help feed rescued bear cubs in need!

Support an orphaned bear cub and help get it ready for a return to the wild. Donate toward the Northern Lights Wildlife Shelter today.