On a hot summer day there is nothing more refreshing than a dip in the sea, but one wallaby went a bit too far and needed to be rescued.

Wallabies use their powerful hind legs to not only hop but swim. They do so by kicking their back legs independently, in a “doggy paddle” style. They prefer to swim as dusk but usually stay close to the shore.

A female wallaby went for a swim off the shore of North Stradbroke Island and was found struggling by boaters four miles from shore. They called the Queensland Police Service for help. 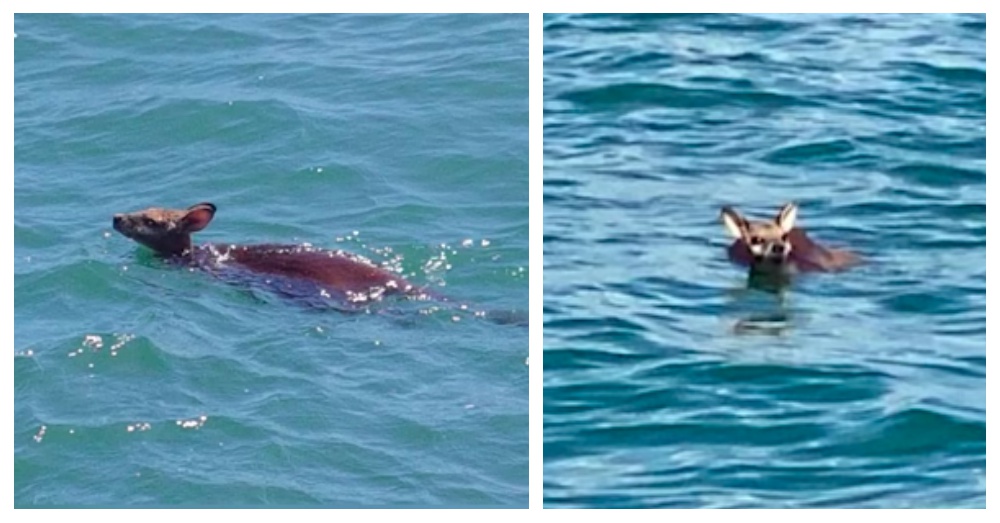 The exhausted wallaby was slowly swimming in circles and struggling to stay above water when water police arrived. Acting Sergeant Gene Hill quickly grabbed the little marsupial from the water and brought her onboard. “We treated this call as urgent as any other call,” he said.

Sgt Hill cradled the sweet wallaby in his arms and named her Dawny, after swim legend Dawn Fraser. “I gave her lots of cuddles on the way back to shore and she didn’t object in any way, and I think she was happy with the attention.”

He went on to say, “I think she was so relieved to have somebody bring her out of the water, she didn’t resist at all. She was very relieved to be in the boat.” 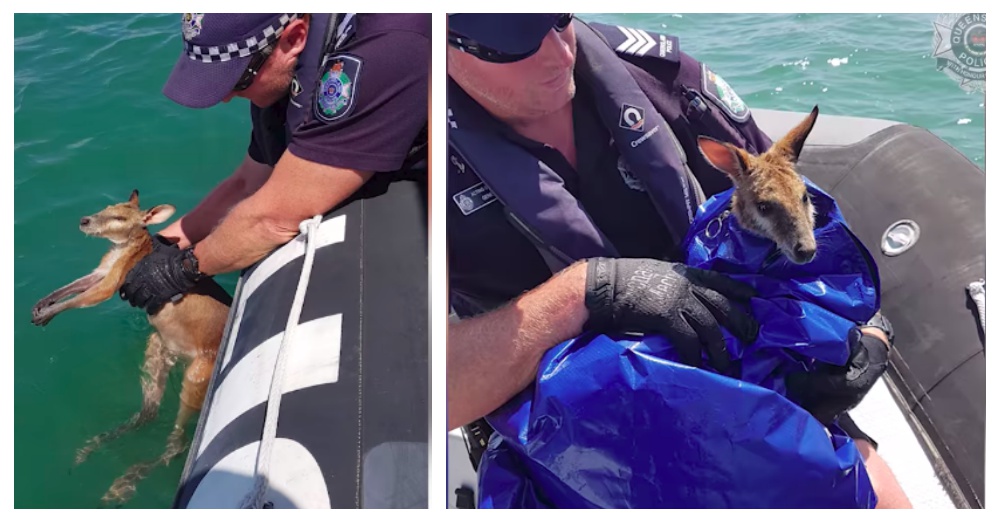 Over the past seven years that Sgt Hill has served with the police, this rescue was one of the most rewarding. “It was a great sense of satisfaction.” 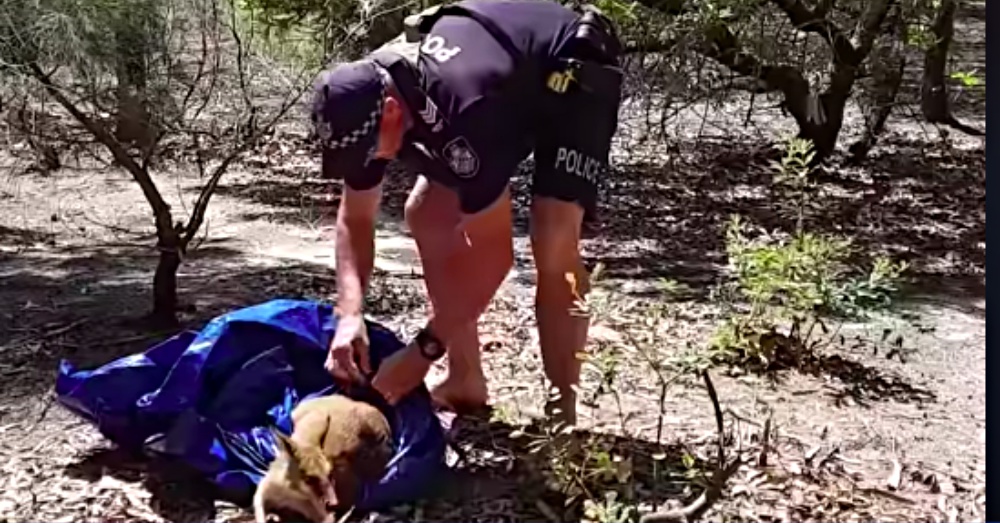 Dawny was released back on the island and will hopefully think twice before swimming out so far in the sea. “She was a bit unsteady on her feet at first, but then she bounded away, I guess to swim another day.”

Watch the amazing rescue in the video below.

Officer ‘Arrests’ Shelter Dogs And Takes Them For A Ride Around Town Looking For Adopters: Click “Next” below!