These 10+ Animals All Make Their Home In The Florida Everglades

The everglades are a region of tropical wetlands. They extend across the southern tip of Florida, and have some uniquely diverse weather. The region is known to experience periods of drought, while other times they’re prone to flooding. Everglades National Park, which lies within this area, is actually the largest expanse of tropical wilderness in the United States. 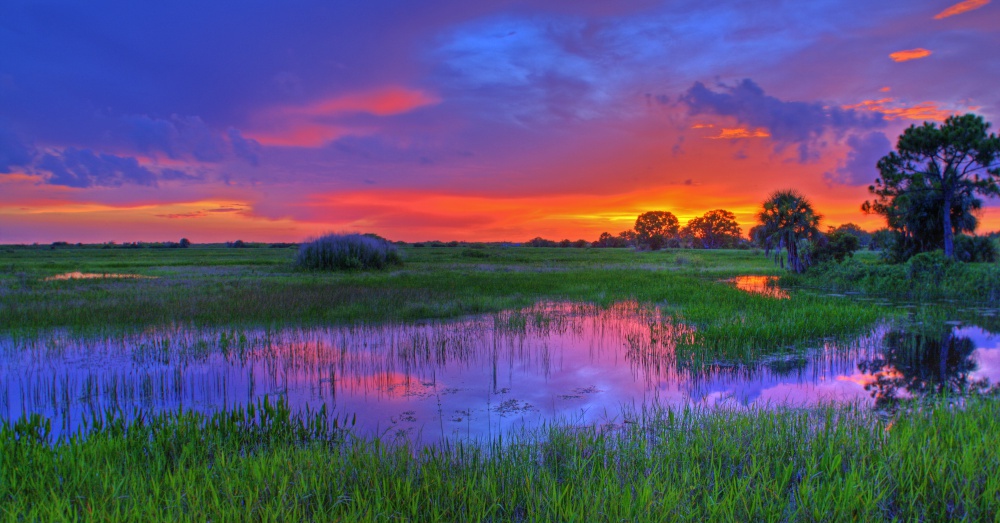 To that end, we’d like to take a moment to celebrate the animals that call the Florida Everglades their home!

The West Indian Manatee, commonly called a sea cow, could easily be described as a gentle giant. These herbivores spend much of their day grazing on sea grass–they actually eat up to one-tenth of their body weight in a single day! 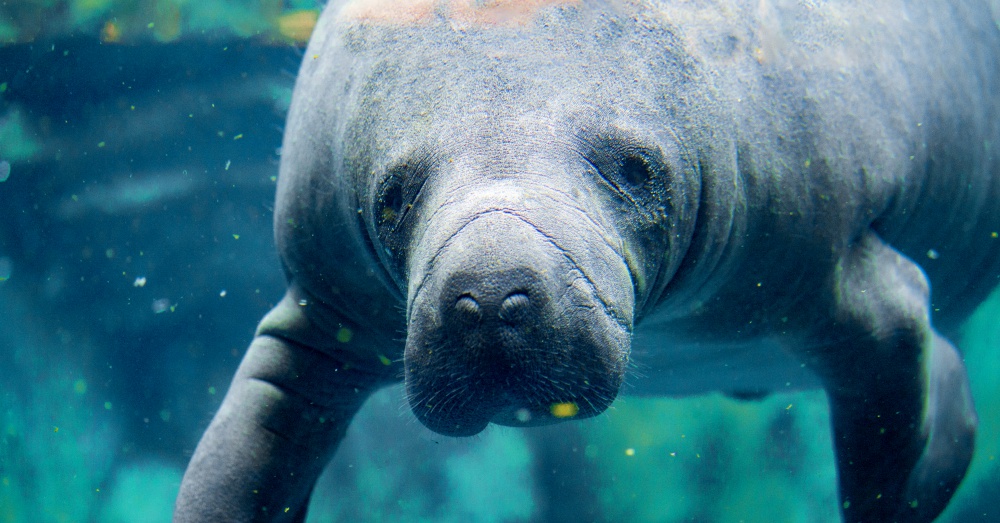 While manatees have no known natural predators, they do face threats. They’re prone to boating accidents in overcrowded waters, occasionally get tangled in fishing nets, and have been hunted in the past (they’re now protected). Accelerated loss of sea grass also poses a problem.

Fun Fact: Alligators actually give manatees the right of way! When a manatee needs to get by, they simply give the gator a little nudge or bump to say, “Excuse me!”

It’s not just arachnophobes who feel a bit uncomfortable with the brown recluse. I mean, after all, their venom is necrotic and often requires medical attention. Shockingly, the bites often don’t hurt right away. 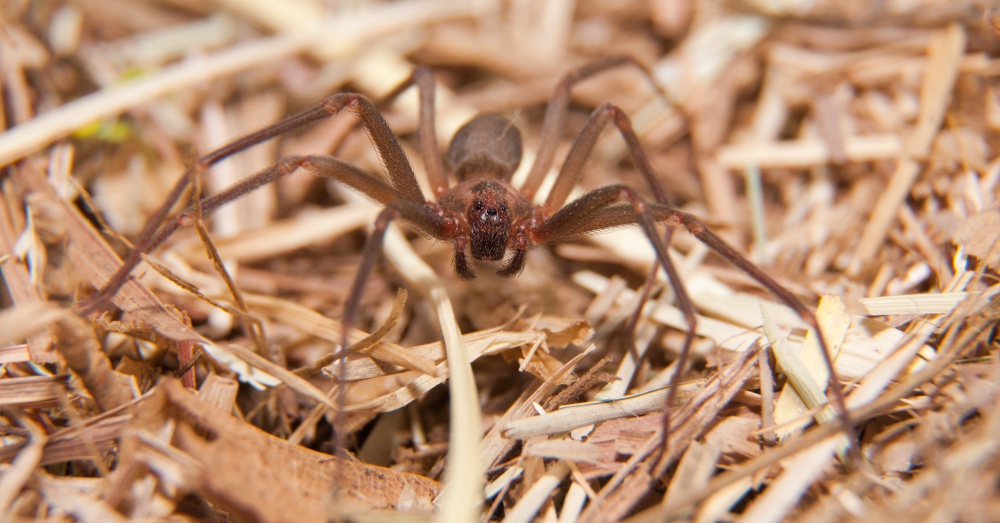 While the necrotic quality of their venom doesn’t typically cause necrosis, it can cause dermonecrotic lesions. What’s worse (I know, what’s worse than that?)? In rare instances, a brown recluse bite can even cause hemolysis. In case you’re unfamiliar with the term, it means the bursting of red blood cells.

The American alligator is referred to as a keystone species. A keystone species is any animal that is essential to a particular ecosystem. Without them, the ecosystem would be drastically altered, likely for the worse. 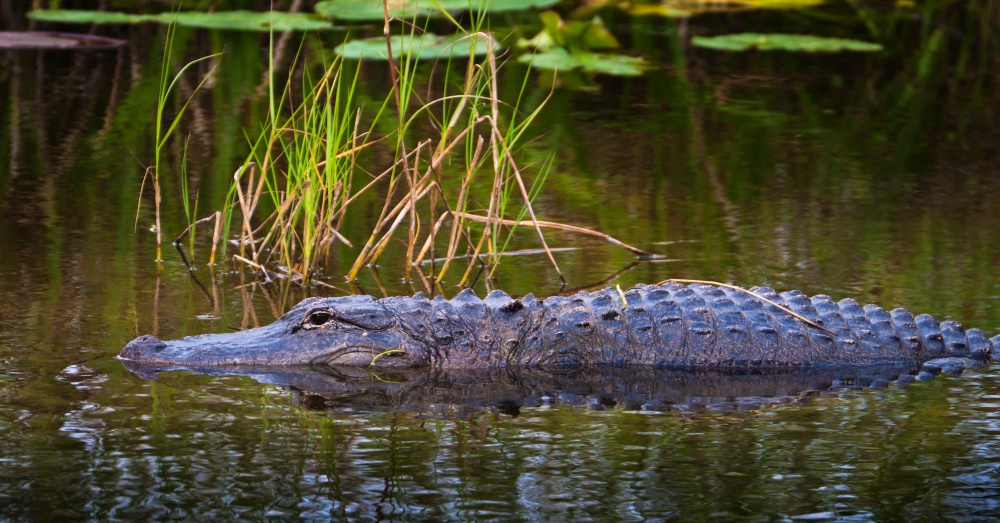 The American alligator is typically between 1-16 feet in length and weighs in at more than 1,300 pounds. These hulking predators feed on a wide range of animals, from fish and birds, to reptiles and mammals.

The American crocodile is one of the largest species of crocodiles, with males measuring up to 20 feet in length and often weighing a literal ton. The females, while smaller, still come in at about 12 feet in length. 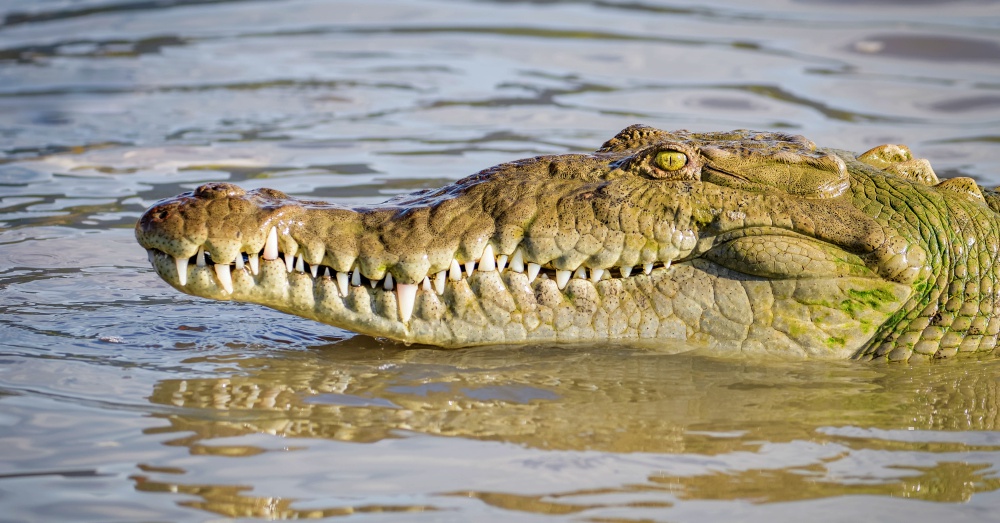 These crocs can be identified by their four snouts, stocky legs and powerful tail. Their eyes are located on top of their head, which really comes in handy when hunting. The entirety of their bodies can be submerged underwater, with just their eyes above, locating their prey, which includes small mammals, fish and birds.

The florida panther prefers to reside in the swampy areas of the everglades. Sadly, their population is considered to be critical. 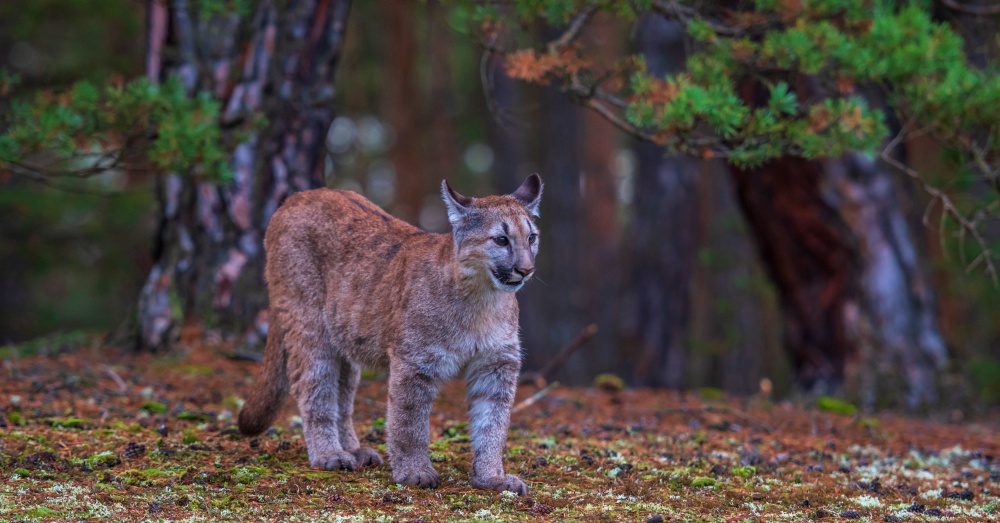 Much of the population of Florida panthers has been decimated by habitat loss, as humans encroach upon the land they once called home. And while they would have plenty of reason to be angry with us, there are no reported attacks of Florida panthers on humans. That said, if they did choose to attack someone, they might have the upper-hand. These cats are incredibly strong and have been known to be the victors when they set their sights on livestock, and even alligators.

Thanks to Jaws, great whites get a really bad rap. However, you may be surprised to know that bull sharks have been known to stalk Florida shores, willing to nip at unsuspecting swimmers they feel are invading their territory. 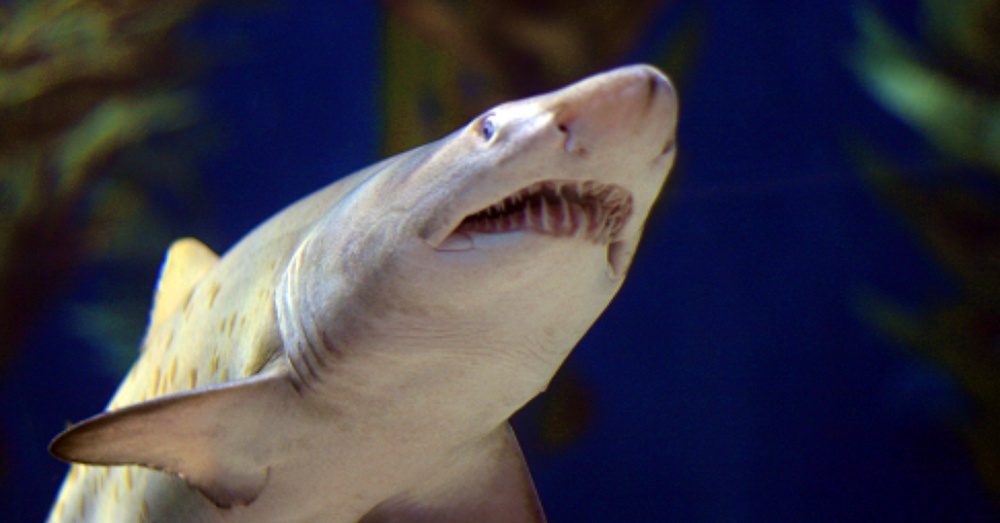 Unfortunately for us, these sharks are surprisingly territorial. Further, they can survive in both freshwater and saltwater and have a preference for water that’s less than 100 feet deep–just about the area where humans are most likely to hang out. 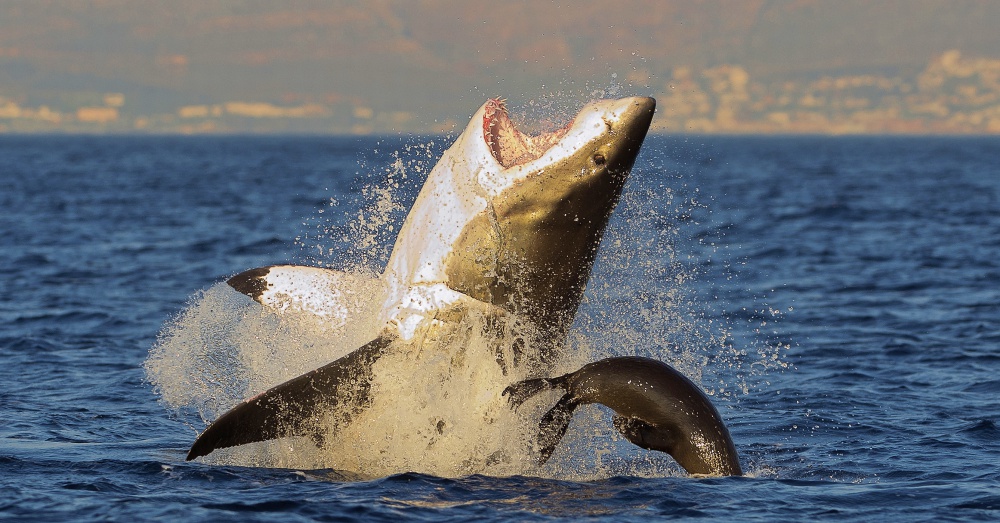 Great whites come in at up to 20 feet in length and can weigh up to two-and-a-half tons. They often swim to Florida waters in the winters where they can enjoy the warm water and plentiful food options. And while humans aren’t typically on the menu, that doesn’t prevent them from occasionally attacking a human that resembles something delicious.

The kissing bug. It sounds so stinkin’ adorable, right? Well, don’t jump to that conclusion too quickly. This bug’s bite is a) more of a sucking of blood from their host and b) known to spread disease. 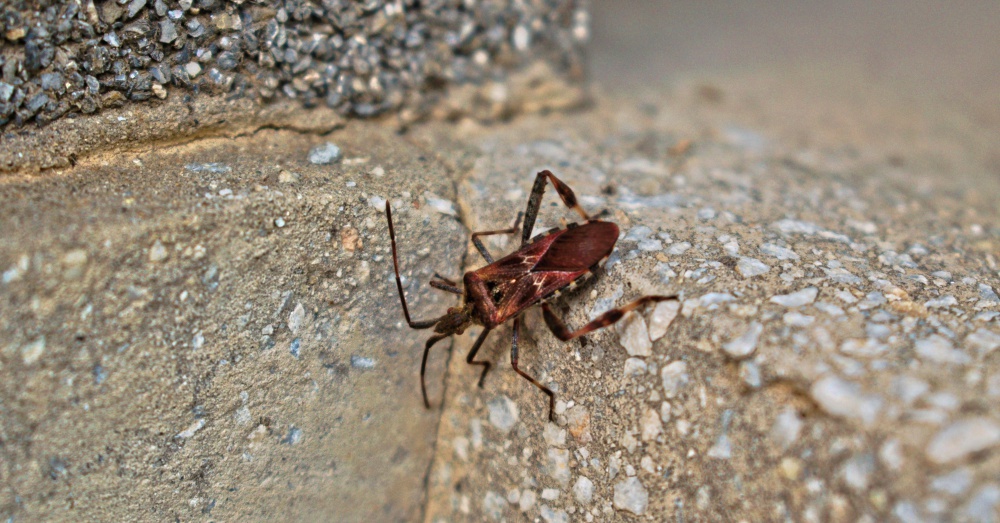 The CDC has deemed these little bugs the vectors of Chagas disease, which can cause congestive heart failure in the most extreme cases. To add insult to injury, it isn’t actually the bug’s bite that spreads the disease–it’s the parasites found in their feces, which usually ends up on the humans they bite, er, suck blood from.

Another spider–lucky us! Southern black widows can be identified by the infamous red hour glass that can be found on their backs. 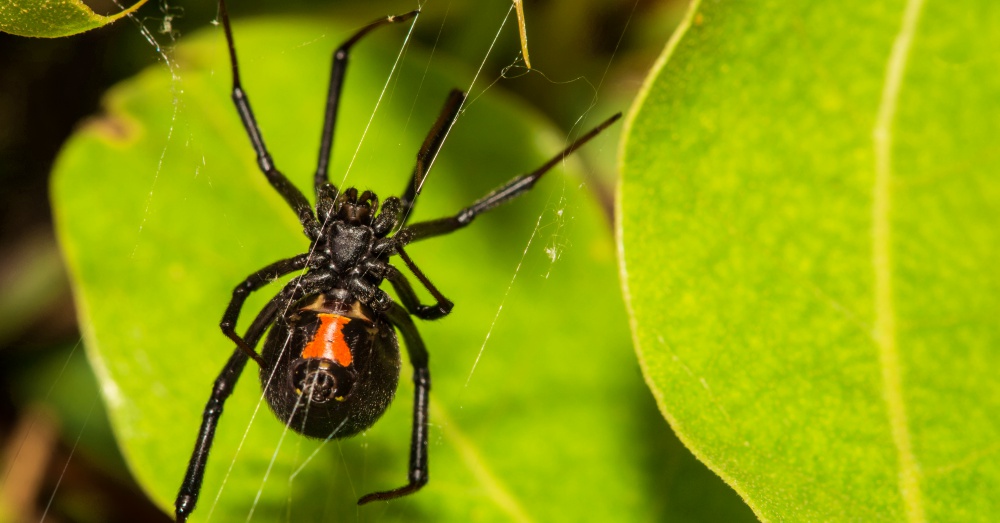 In addition to their red markings, females are also significantly larger than males of the species and posses powerful fangs that can puncture skin. Incidentally, if they do, medical attention is probably necessary as their venom contains a neurotoxin that can cause severe illness and even death.

Fortunately, Florida has more than just killer bugs, territorial sharks and parasitic feces to offer locals and visitors. Don’t forget about the manatees! Plus, they’re home to a large population of bottlenose dolphins! 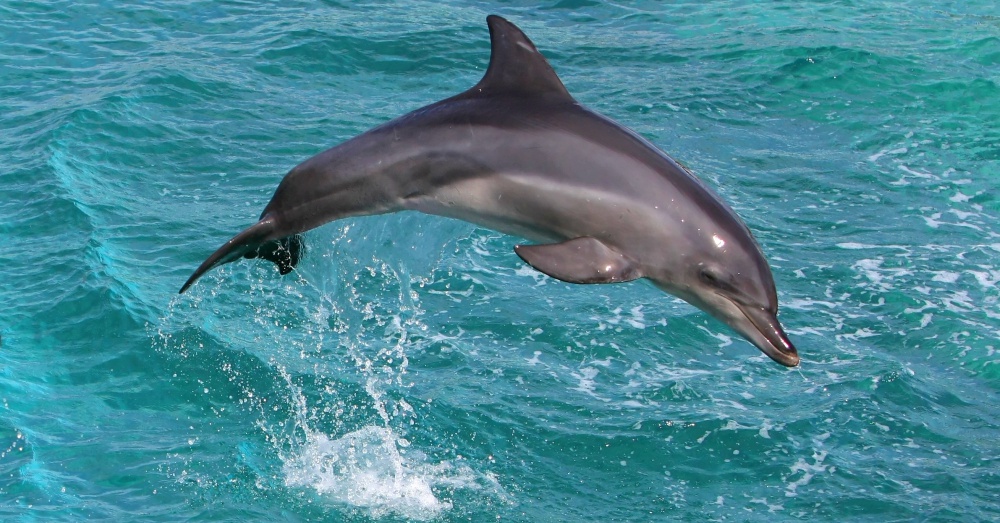 In fact, the super-smart mammals are so common in Florida waters that one of the state’s most popular tourist attractions are sightseeing tours where travelers can spot pods of the adorable creatures swimming in the state’s estuarine and marine habitats.

Now that you’ve had a bit of a palette cleanser, we present to you the box jellyfish. This jelly is stunningly beautiful, but also incredibly venomous. 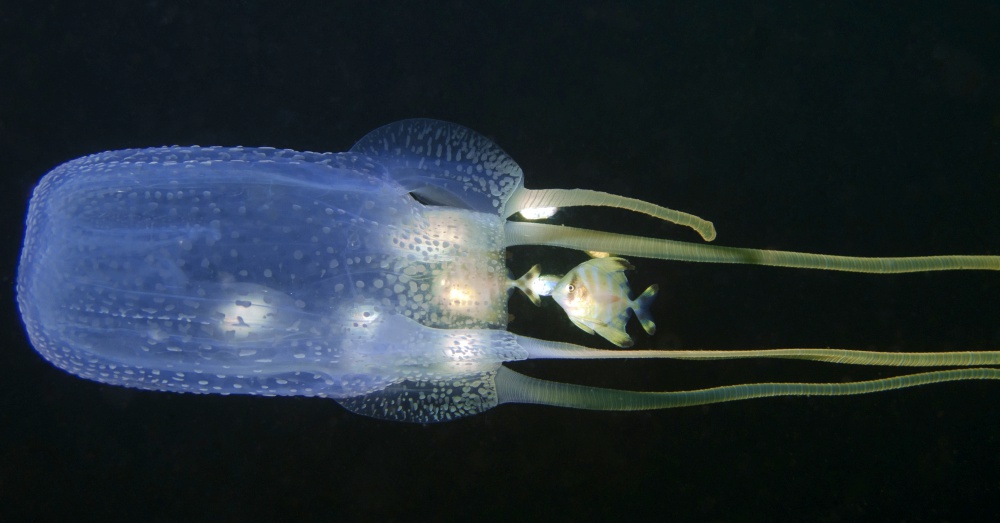 The venom of a box jelly attacks not only the heart and nervous system, but skin cells as well. They’re known to be one of the most deadly animals in the world. So deadly, in fact, that humans rarely survive being stung by one, and when they do they’re left with scarring from where they were attacked. Oh, and they’re in pain for weeks after the encounter. The immediate pain is so intense that upon being stung it’s not uncommon for people to be sent into shock, which often leads to death by drowning.

Barracudas are saltwater scavengers, and they’re not opposed to allowing another animal to do the bulk of the heavy lifting when searching for food. These fish have been known to follow around snorkelers and scuba divers assuming they’re going to lead them to their prey. Their plan is to mooch off of whatever animal the human takes down. 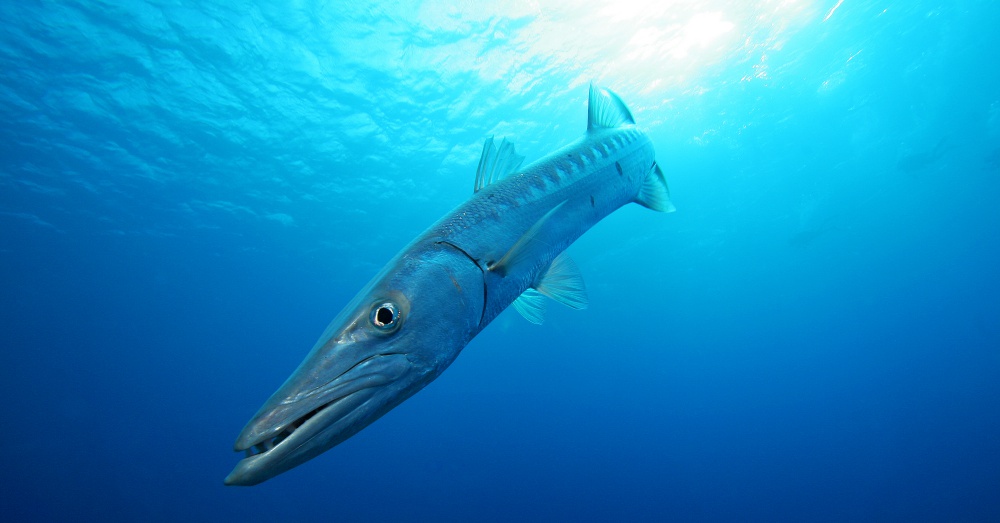 And well, given how powerful their teeth are (they’re designed to shred), we’re guessing it doesn’t end well for whichever animal they come across.