The government claims that volunteers at 1,000 sites participated in the coordinated reforestation efforts to plant more than 350 million trees in 12 hours, reports the BBC.

This incredible feat was part of the nation’s “green legacy” initiative. In the early part of the 20th century, the landlocked nation in the Horn of Africa forest coverage declined from 35% of the total land in the early 20th Century to a little above 4% in the 2000s. 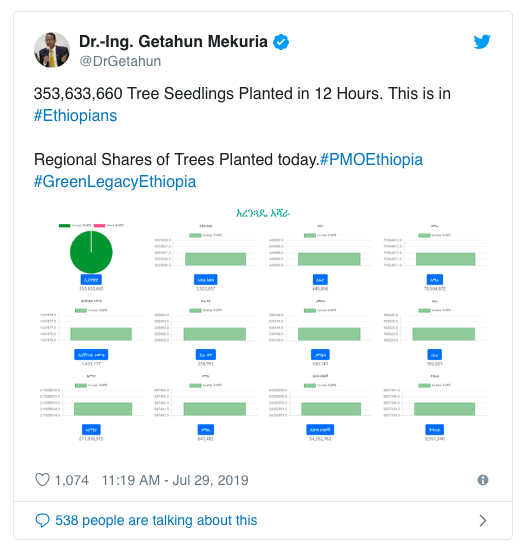 The Ethiopian government sponsored the initiative and hopes to plant 4 billion trees, or about 40 trees per citizen. The Associated Press reports that over 2.6 billion trees have been planted across Ethiopia in hopes to try and stop erosion, prevent desertification, and restoring lost habitat. Even some public offices closed down for the day to allow staff members to take part in the planting effort.

Special software was used to keep track of the number of trees planted. The current World Record for planting trees in a single day is held by India, which used 800,000 volunteers to plant more than 50 million trees in 2016. 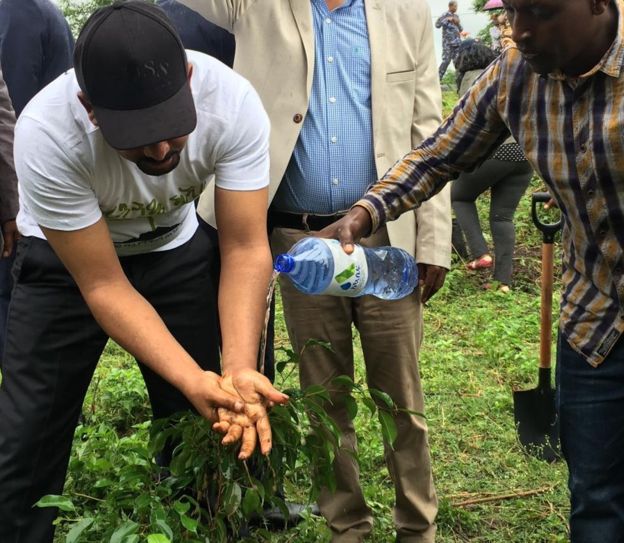 Photo: BBC
Prime Minister Abiy has been taking part in the tree-planting campaign

“Trees not only help mitigate climate change by absorbing the carbon dioxide in the air, but they also have huge benefits in combating desertification and land degradation, particularly in arid countries. They also provide food, shelter, fuel, fodder, medicine, materials and protection of the water supply,” he says. “This truly impressive feat is not just the simple planting of trees, but part of a huge and complicated challenge to take account of the short- and long-term needs of both the trees and the people.” – Dan Ridley-Ellis, who studies wood at Edinburgh Napier University, told The Guardian. 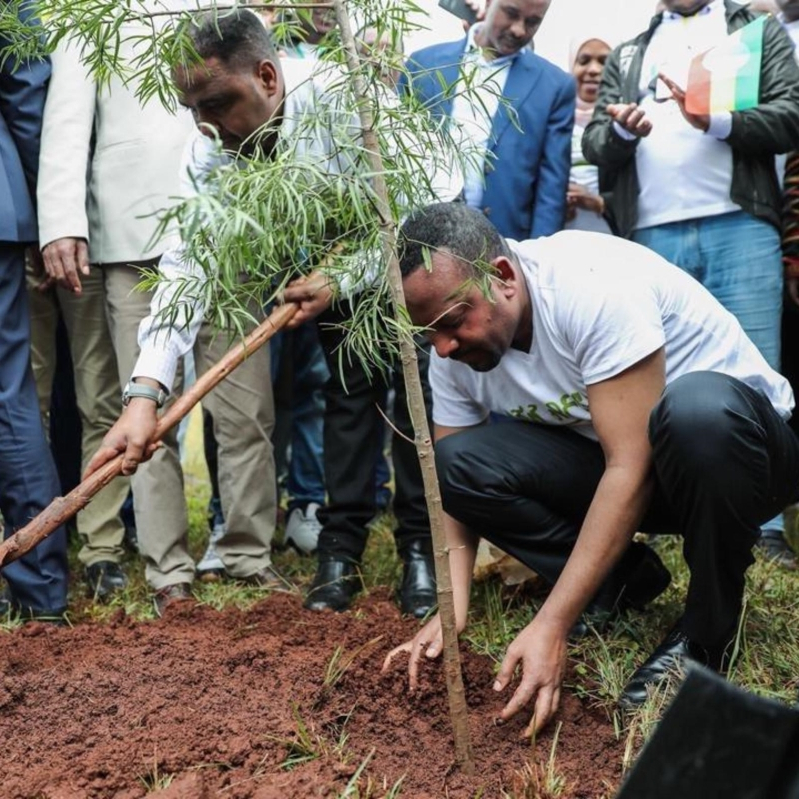 Photo: BBC
Prime Minister Abiy has been taking part in the tree-planting campaign

Here’s hoping that more nations join in and start their own initiatives to plant trees! We recommend contacting local city officials to see if you can setup a tree-planting event in your community.