Black rhinos are some of the world’s most critically endangered animals. Between 1970 and 1992, 96 percent of Africa’s black rhinos were killed, and this was already after their populations had become dangerously low due to early European hunters. Today, there a less than 5,000 remaining in the wild. But for one particular black rhino, his story is much more of a success.

Elvis the rhino was born to his blind mother, Mawingu in 2005. But because of her blindness, Mawingu was unable to keep Elvis’ brothers and sister safe from predators and many of them were killed. Because the mother has such a hard time protecting her offspring, the Lewa Wildlife Conservancy starts monitoring the baby rhinos’ movements from the very second they are born. If indeed one wanders off and gets lost, the staff swoop in and take them in to their specially trained “foster parents.”

This is exactly how Elvis came to be under very special care at only a few weeks old. 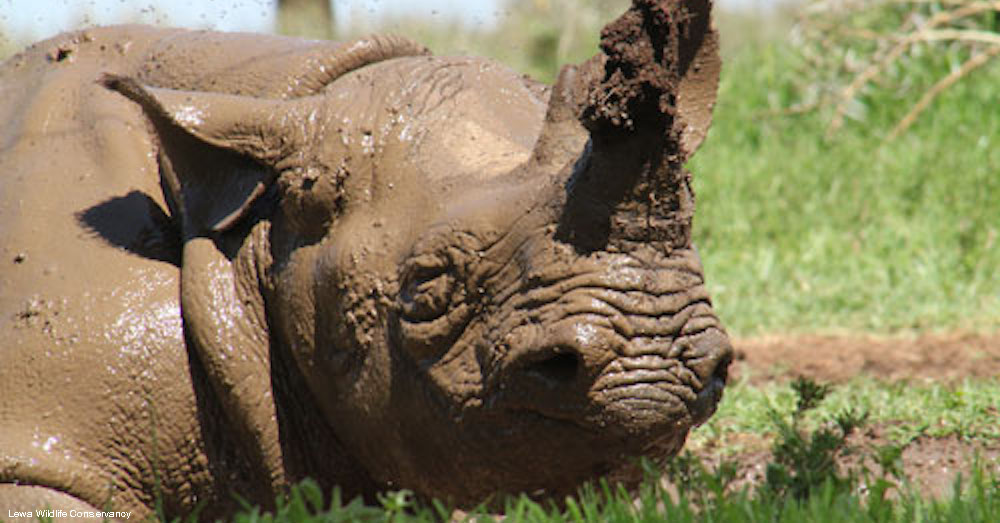 “It is no easy task, caring for baby rhinos. Rhinos are large and imposing, but surprisingly delicate and complex animals,” says Kamara, one of Elvis’s keepers.

Elvis was monitored and given around-the-clock care for nearly four years. He received the perfect necessary amount of nutrients to properly grow, and he was taught how to fend for himself in the wild. Eventually, the staff began to coax Elvis into the wild by limited his shelter access so that he could finally interact with the other wild rhinos.

The reintroduction for Elvis into the wild has been a tremendous success. He has started to establish his own territory, and he has even started to develop feelings for a girl rhino named Winnie! 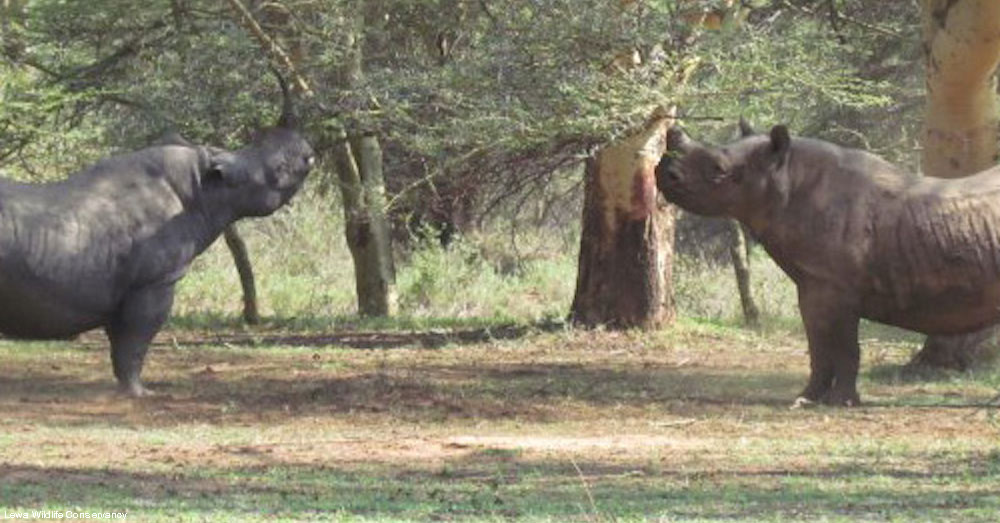 “We are hoping for an Elvis baby very soon!” said Kamara.

Elvis’ story is one that should bring joy to all rhino lovers, but there are many, many other individual rhinos who do not share the same success story. The are relentlessly hunted in the wild for the ivory by poachers, and even rhinos who seem safe in protected zoos still have to fear for their lives.

Project Peril wants to ensure as many of these incredible animals are kept safe from poaching as possible, by finding the groups who do what the Lewa Wildlife Conservancy does and giving them the proper funding to keep doing good for the world’s at-risk wildlife.

To learn more about the project, look below!

Save Rhinos That Are In Danger Of the five species of rhino on the planet, three of them are critically endangered: the black rhino, the sumatran rhino, and the javan rhino. Rhinos play an important role in their countries; they bring in large amounts of income from tourism and are vital to the ecosystem. But they are under heavy threat of extinction due to excessive poaching.