Animal abuse is something the plagues society across the world every single day, despite all kinds of relief efforts dedicated to making sure wild animals live the way they were intended to live.

And sometimes, stories come out that are so sad it almost takes your breath away.

Raju the elephant has one of those stories.

For more than 50 years, Raju was sold, moved, tortured, and abused by up to 27 different owners.

He was stabbed with spears when he wouldn’t listen to his captors, and he wore spiked chains around his feet to keep him from moving freely.

He was used as a prop for beggars to earn money, rented to be a show at people’s weddings, and poached back and forth between owners. 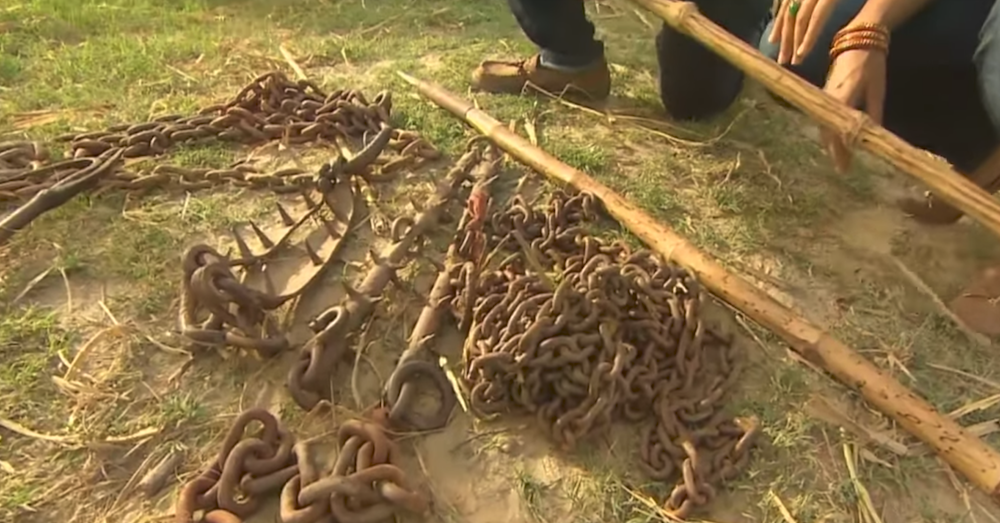 Eventually, the people at Wildlife SOS had enough of seeing the animal in tortured captivity and they made a midnight raid on his roadside enclosure to cut him free for good.

During the eight hour rescue, the team said Raju actually had tears streaming down his cheeks.

“Elephants are very emotional and they are very intelligent; they show emotions as we do, as people do,” said Dr. Yaduraj Khadpekar.

After his rescue, Raju was understandably very wary about any kind of connection with humans, but eventually, after months and months of showing him love and care, he became more accepting of the people who wanted to see him be happy.

It took a lot of serious medical treatment to help Raju’s years of wounds to heal and for him to recover from such serious trauma. Eventually he was no longer limping and his overall happiness improved drastically.

At the Elephant Conservation and Care Center in Mathura, Raju even started to make some of his own friends!

To learn more about Raju’s story, check out the video below.