The 4.7 magnitude earthquake that recently shook California also drove a herd of humpback whales out of the water.

The quake originated from the San Andres Fault in San Benito County. No human casualties have been recorded, though residents of Santa Cruz, Monterey-Carmel area, Salinas, and other communities near by were no less agitated. The shocks could be felt as far north as San Jose, and in the ocean, where noise from the earthquake prompted a mass breaching event.

Tour guides and passengers aboard a Blue Ocean Whale Watch boat were watching a pair of humpback whales when the earthquake struck. At the same time, they saw three whales breach the surface. 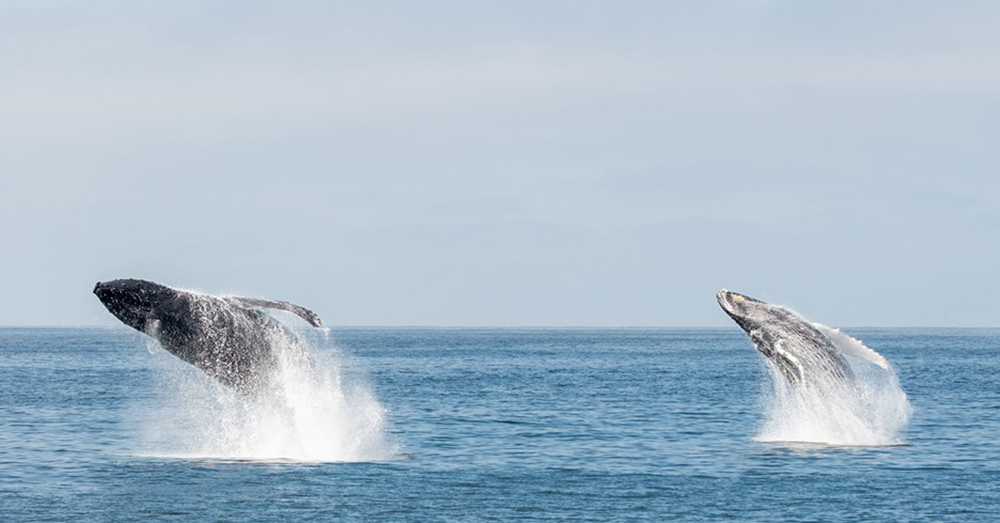 “Two distant pairs were double breaching and a single whale breached as well. Then suddenly the whales [we] were watching double-breached,” Blue Ocean Whale Watch posted to Facebook. “We later found out this all happened at the same time as a 4.8 earthquake, whose epicenter was only 35 miles away, generated sound underwater in Monterey Bay. This obviously could have been a coincidence, but the timing was uncanny! Whales have excellent hearing and their surface activity could have been in response to the earthquake.”

Kate Cummings, a captain with the organization, told For The Win Outdoors that this was an unprecedented event to witness. 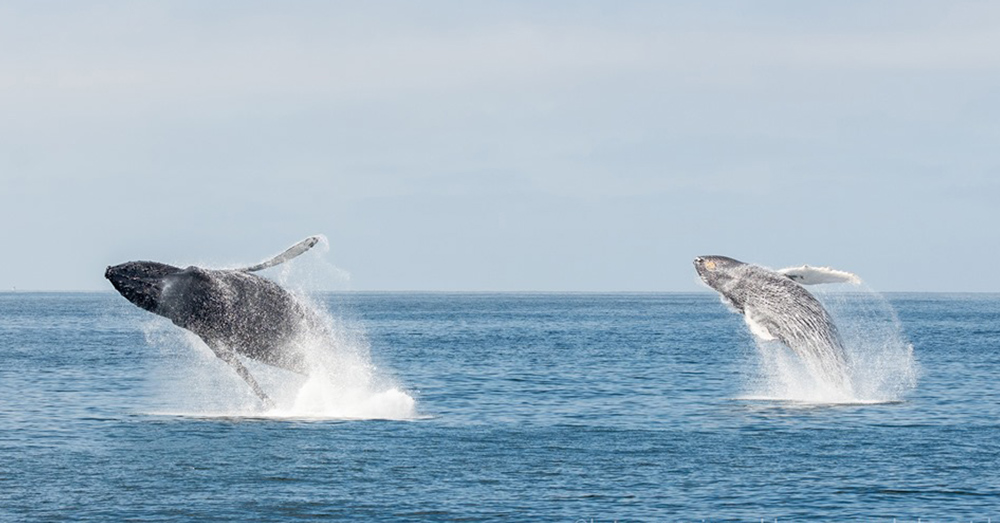 Source: Kate Cummings/Blue Ocean Whale Watch
The whales were agitated by sound from the earthquake.

“All in all, seven whales within four miles of us were breaching like crazy,” Cummings said. “I’m usually very skeptical of these sorts of things and lean toward it being a coincidence, but something that pushes me back the other way is the fact that the whales haven’t been very surface active in general this year.”

Naturalist Kaitlyn Taylor believes the breaching was the result of noise coming out of an underwater canyon, generated by the quake. 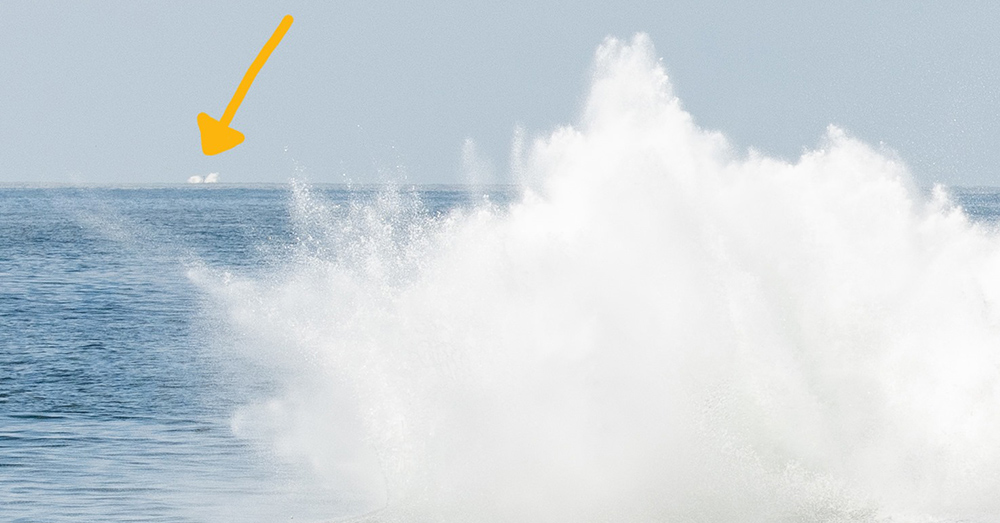 Source: Kate Cummings/Blue Ocean Whale Watch
Another whale off in the distance could be seen breaching.

“As soon as we said on the radio that the whales were going nuts in every direction, another captain said they had received an earthquake notice,” Taylor said.

According to the Guardian, breaching isn’t always common when whales experience disturbances from seismic shifts on land. Many of them simply leave the area. British photographer and film-maker Andrew Sutton, while watching ocean wildlife off the southern tip of Sri Lanka in 2012, reported that he and his crew saw the whales they were watching flee the area in just a few minutes. They later discovered it was because of the 8.6 magnitude earthquake that struck about 379 miles southwest of Banda Aceh, Indonesia. 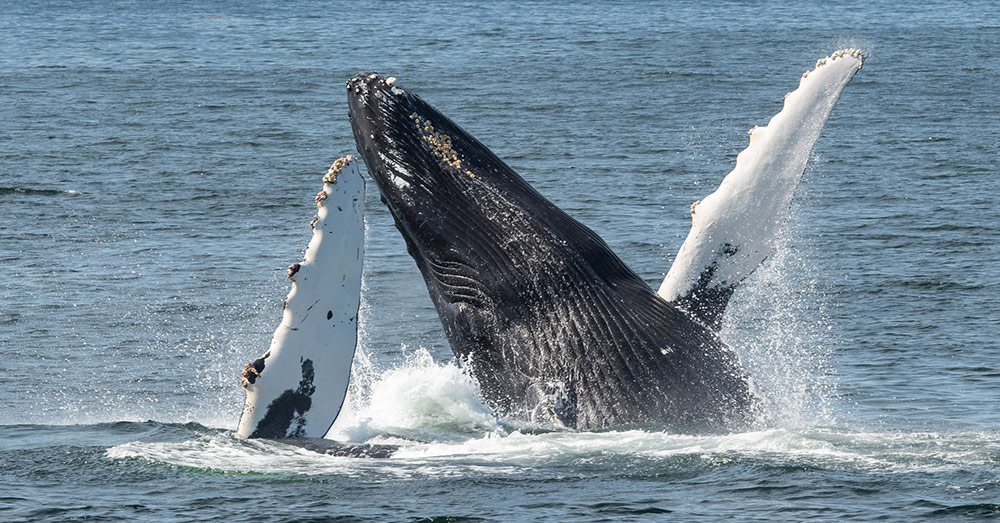 The central California earthquake occurred just two days before the 30th anniversary of the 1989 Loma Prieta Earthquake, which struck during Game 3 of the World Series between the Oakland A’s and San Francisco Giants, resulting in 63 deaths, nearly 4,000 injuries and massive damage to buildings and infrastructure.

Mysterious Oil Spill In Brazil Is Turning Beaches Black And Killing Off Wildlife: Click “Next” below!