View Adorable Photos Of Animals Getting Up Close With Wildlife Photographers 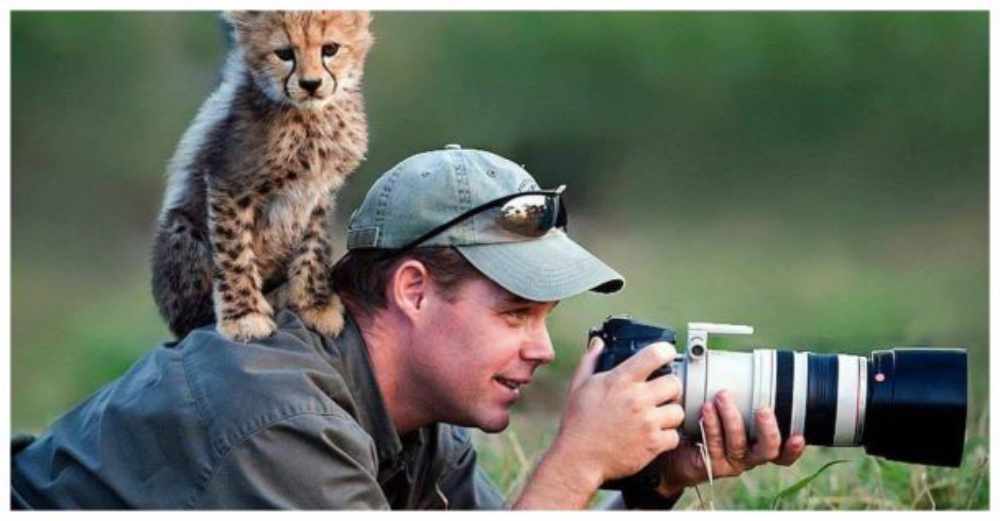 A thread has recently made its way onto Twitter with probably the cutest photos you’ll ever see on the Internet. Someone who goes by the name of Polychromantium on Twitter started posting some photos of curious animals with wildlife photographers, and it’s absolutely heartwarming.

If you’re an animal lover, there’s no doubt that this article is for you. We can’t help but love the curiosity of these animals as they get up close for the cameras and give the photographers a good laugh. 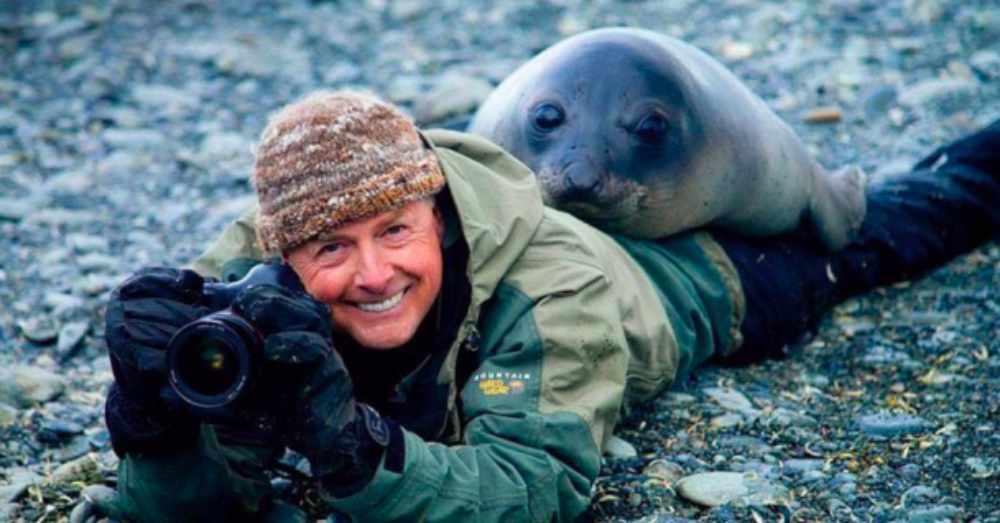 Just imagine you’re laying on the ground photographing seals, and before you know it you’ve become one of them. You just need the ‘seal’ of trust. 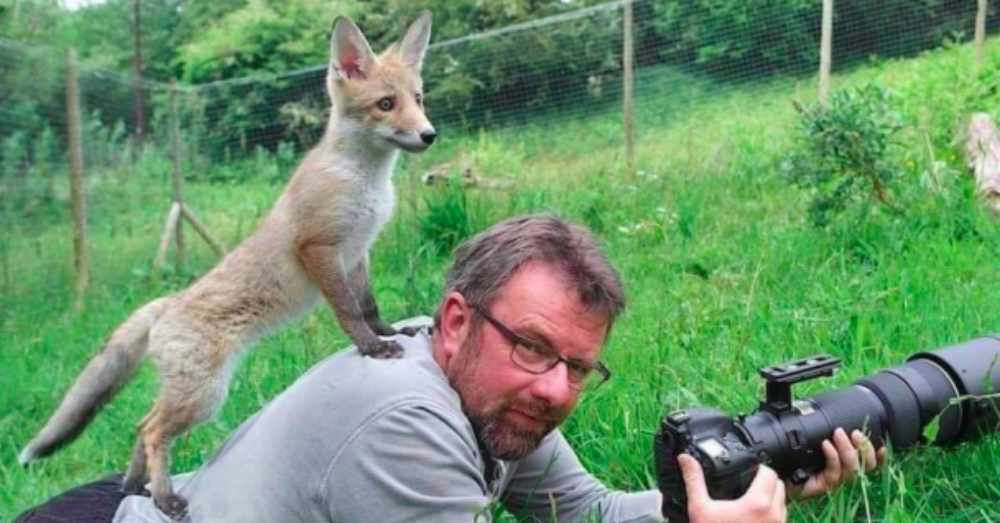 Usually, foxes aim to steer clear of any human interaction. But this fox seems to be more interested in using his human as a lookout post of sorts. 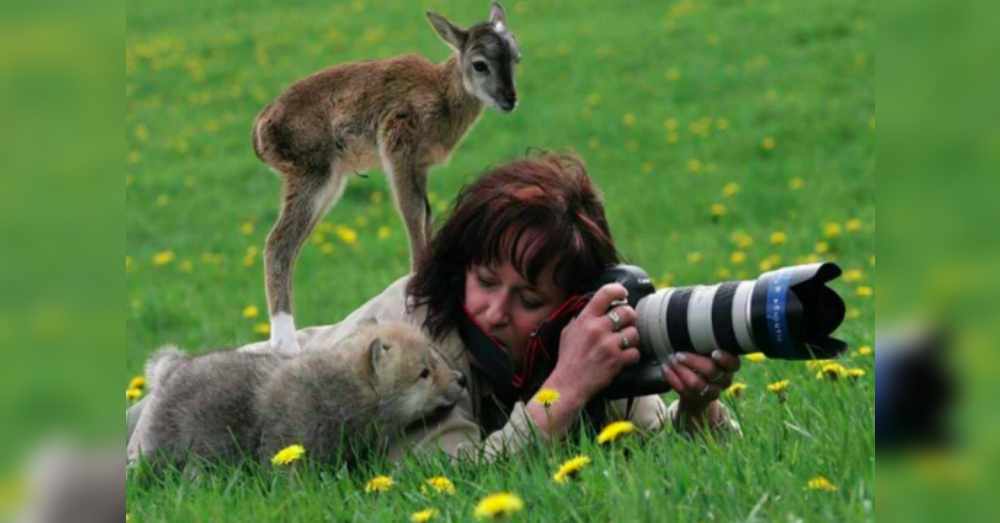 Similar to the fox, the deer or fawn is not one to just come right up to a human being and start hanging out. Have to admit, it’s pretty darn adorable though. 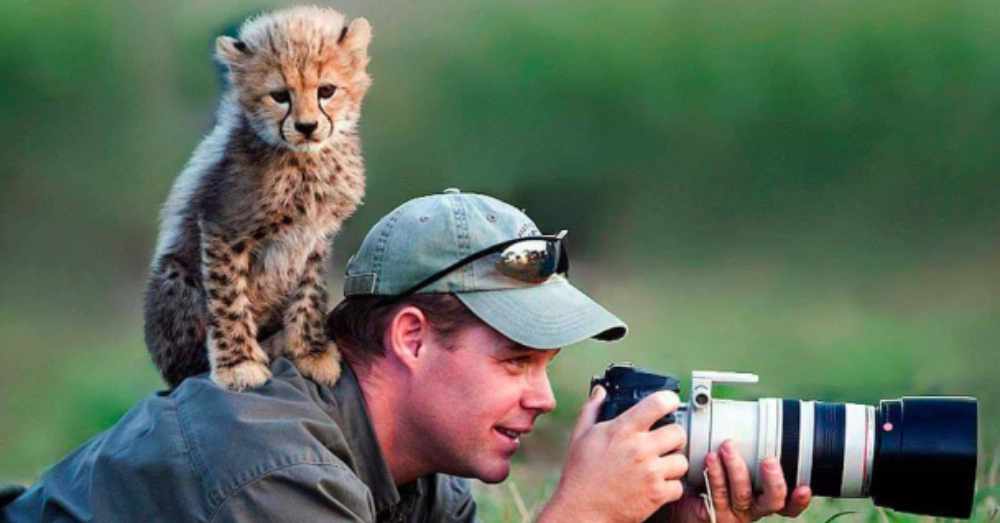 What looks to be a baby cheetah seems not to be bothersome in the slightest to this wildlife photographer. Could mama cheetah be close by? 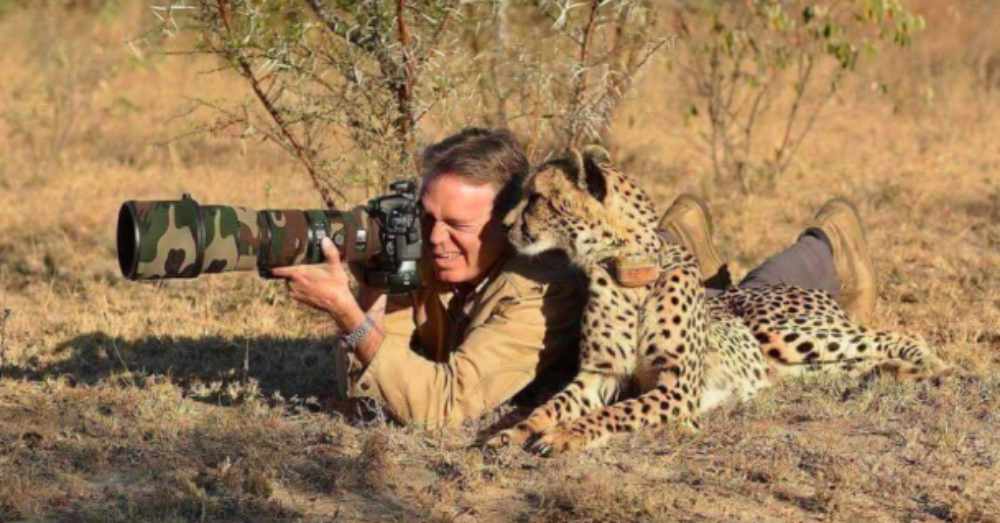 How would you feel being face to face with a seemingly full-grown cheetah? Looks pretty intense, but this photographer is completely professional about it. 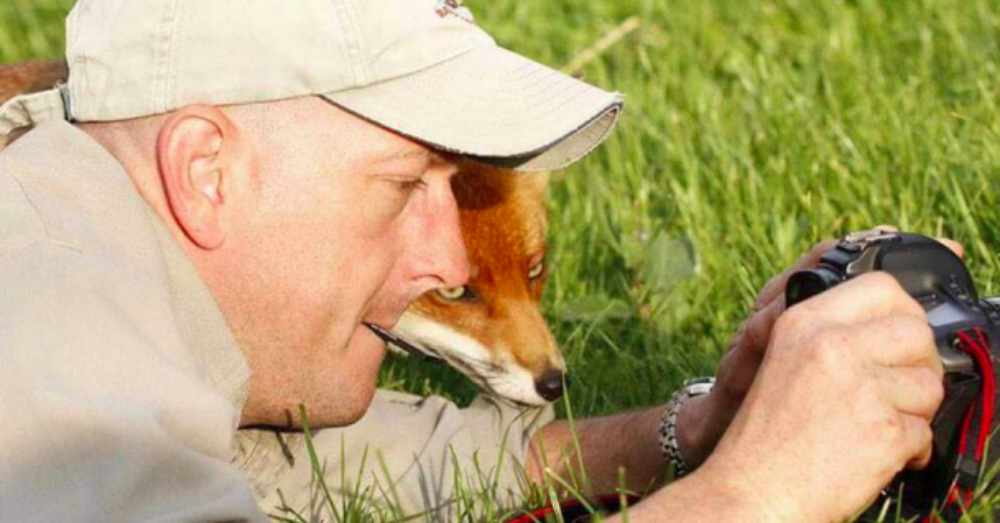 Honestly a bit jealous of these photographers managing to grasp the attention of foxes. This one looks highly curious as to what’s on the photographer’s camera. Maybe it’s a picture of the fox himself! 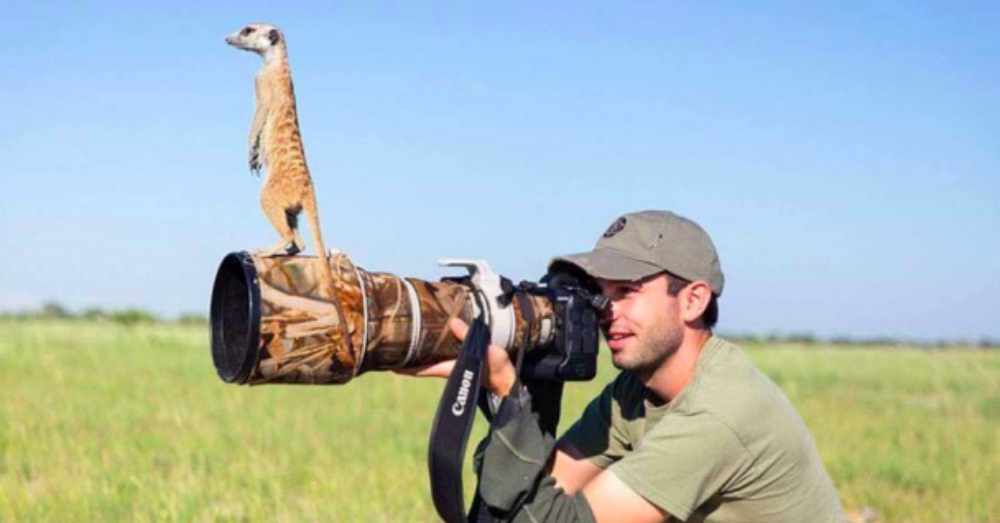 A lot of these animals seem to take a great deal of interest in the actual camera, not so much the person holding it. 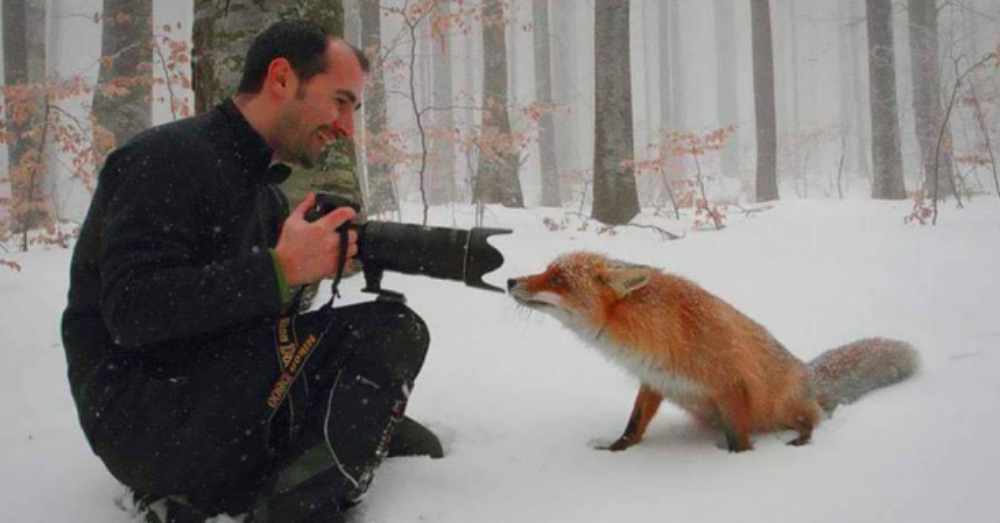 Okay, what is with all these adorable foxes, and how do I get them to come up to me like that? We’re all getting ‘fox fever’ over here. If that wasn’t a thing before, it is now! 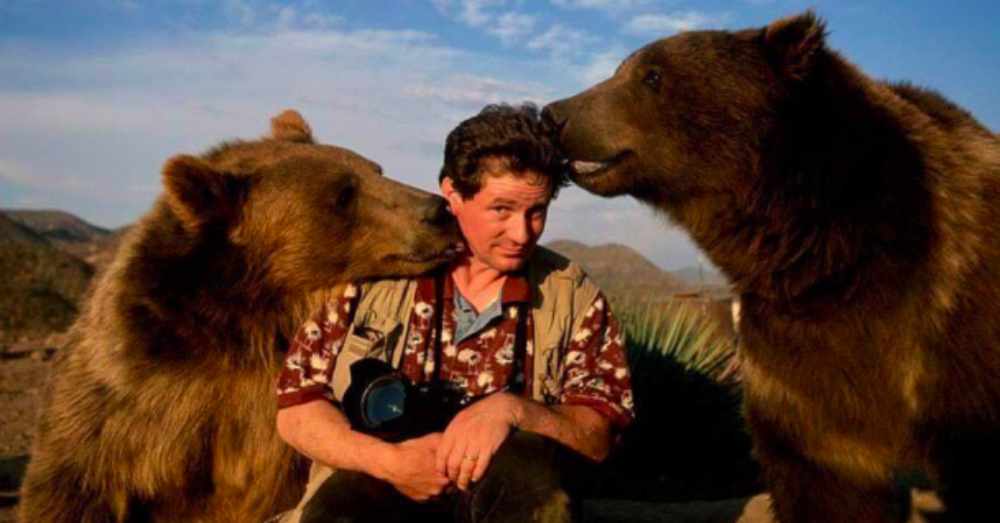 This photographer looks like he totally didn’t mean to directly encounter two fully grown brown bears, and now he’s just trying to fit in. They do look pretty cuddly though… 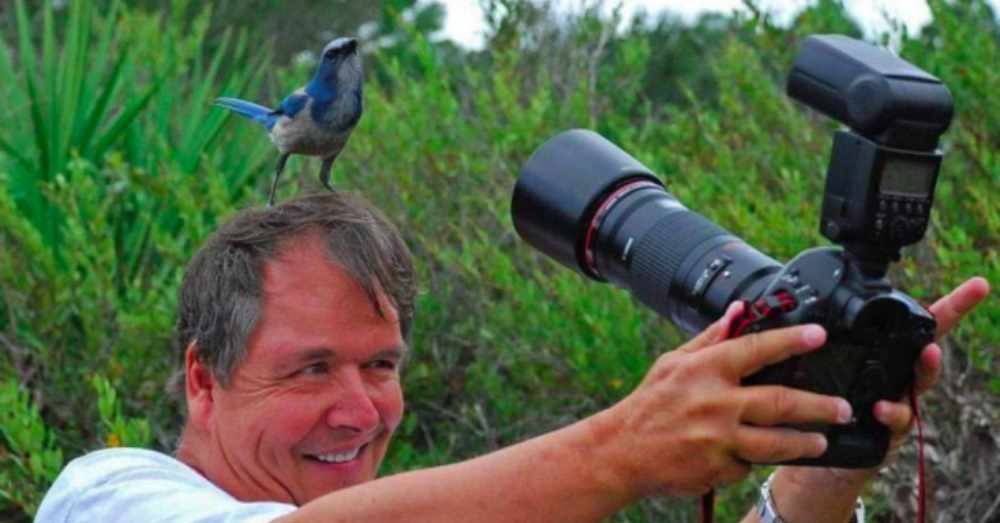 This guy didn’t even care about getting a selfie with a bird on his head. He just wanted to give the bird its model moment.

Be sure to SHARE this article if you absolutely loved these adorable wildlife photos!

Successful Businessman Quits Job & Sells Everything To Save Lions In South Africa: Click “Next” below!