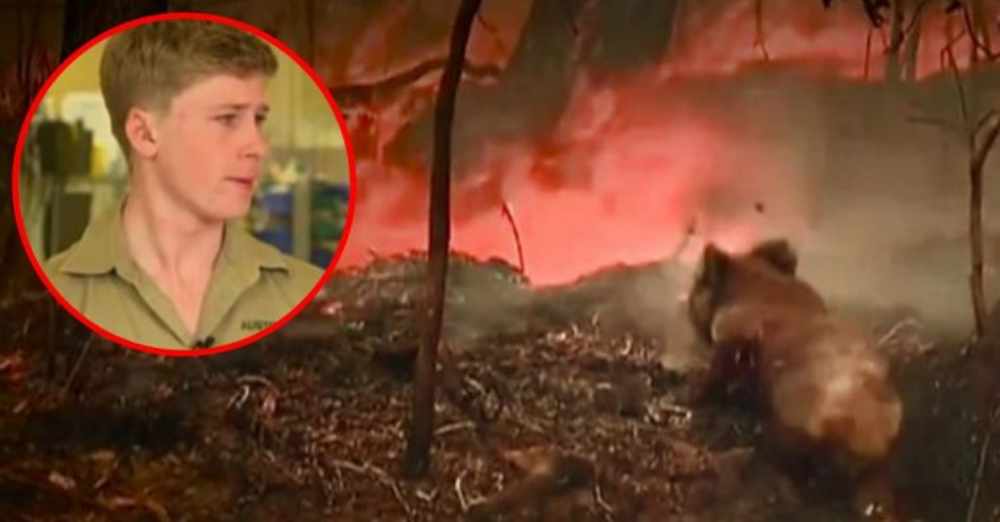 Australia is currently dealing with one of the worst bushfires in decades, and the Irwin family has been doing everything they can to help. Half a billion animals have died as a result of these fires, and the Irwins have been taking injured animals into the Australia Zoo. Thankfully, the Australia Zoo is safe, meaning that they’re able to provide these animals proper care and shelter.

Recently, Terri and Robert Irwin appeared on live TV to discuss the Australia bushfires. Robert Irwin couldn’t hold back his emotions while addressing the awful situation. The Irwins have treated over 90,000 animals at the zoo, but there are some that have not survived or are dealing with massive injuries.

Terri and Robert Irwin talk about the Australia bushfires 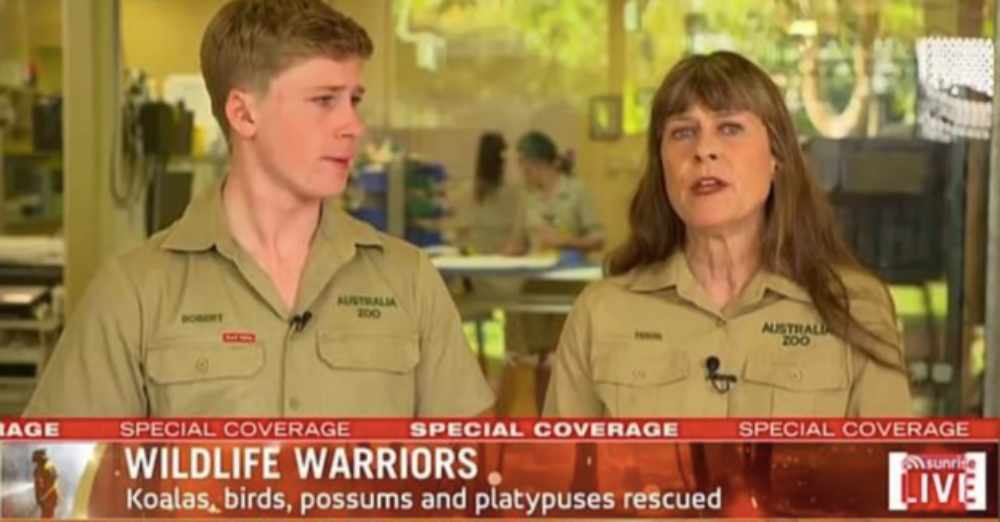 “Their instinct is to go up,” Terri explained when talking about the koalas’ chances of survival. “Safety is in the top of the tree. But in the hot fire, the eucalyptus trees have so much oil in their leaves that they ignite and actually explode.”

Terri continued, “Being able to treat and help koalas is few and far between because they’re basically incinerated, which is absolutely heartbreaking.” As Terri was speaking, Robert understandably got choked up listening to this awful reality facing innocent wildlife.

He can barely keep it together 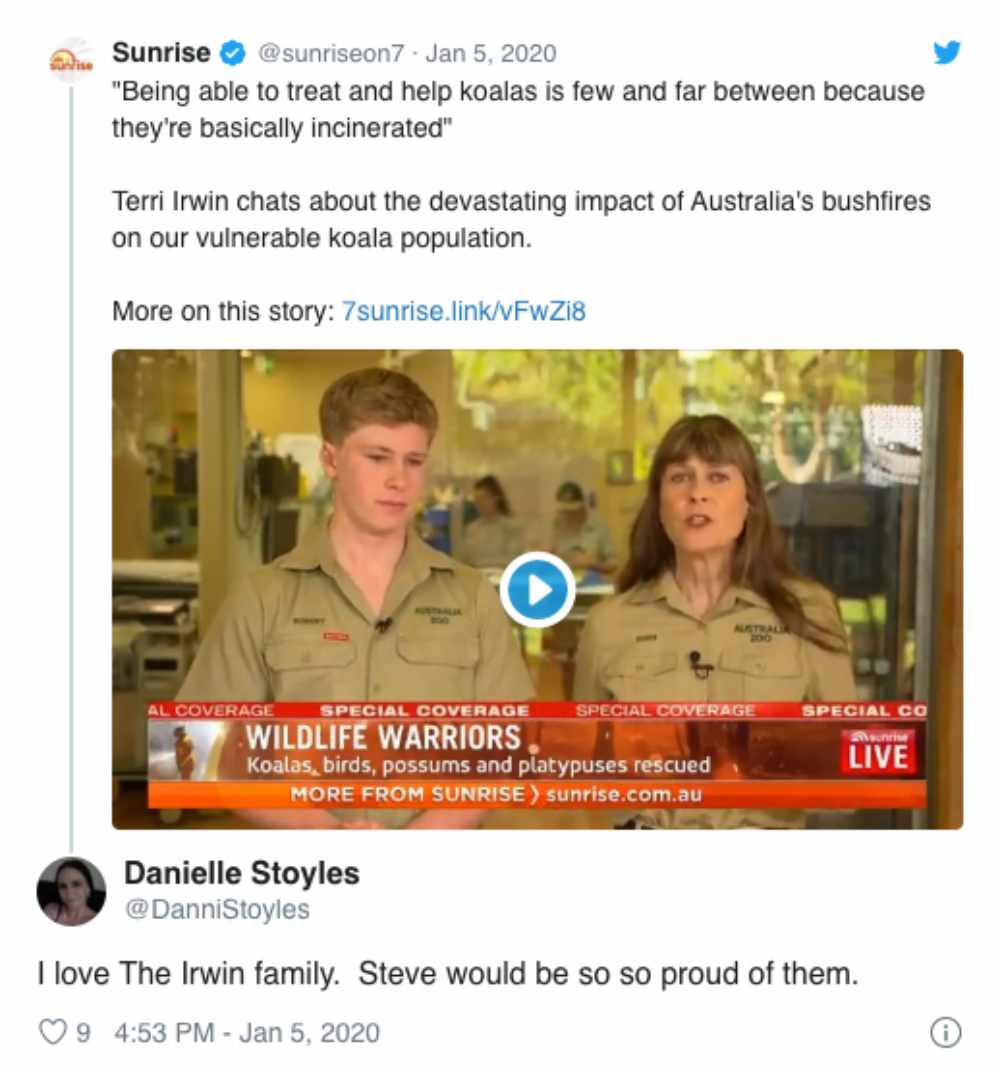 Once Robert got a chance to speak up, he could barely fight back tears. “It’s definitely an ongoing issue, and we’re just trying to do our best to help in any way we can,” he said. “But it’s a pretty tough situation. We’re absolutely heartbroken.”

You can watch a snippet of the interview in the tweet below. It’s a hard watch considering the Irwins’ devotion to helping wildlife and the knowledge that there’s not much they can do to stop the fires from affecting more animals.

Terri Irwin chats about the devastating impact of Australia’s bushfires on our vulnerable koala population.

Upon seeing the interview, many people have expressed how inspiring they believe the Irwin family is to others. “I love The Irwin family. Steve would be so so proud of them,” wrote Danielle Stoyles. Another person said, “@RobertIrwin There truly needs to be more people like you on this planet. Your spirit just inspires so many.”