Inside The Violent Winds Of Dorian, The Eye Of The Storm Leaves A Clear, Sunny Day

Hurricane Dorian is bearing down on the East Coast after grazing Florida and devastating the Bahamas with the full strength of a Cat 5 storm. For those in Dorian’s path, there’s less beauty to be found in the storm than horror, but the image captured by Air Force Captured. Garrett Black says otherwise.

The meteorologist and storm chaser flew through the eye of the hurricane on Sunday, Sept. 1, CNN reports, as Dorian was over the Bahamas. It shows the massive curve of the cloud wall with a blue sky and the sun visible from within,

The eye of #Dorian pic.twitter.com/XN29zC46IP

“The storm itself, once we get into the eye, was incredible. It’s one really that I’ve never seen quite to that extent,” Capt. Black told CNN. “We had the giant cumulus towers surrounding us that gave us the same effect it felt like we were sitting in the center of a football stadium. Then we could also see the water at the surface and see how calm it was directly below us but could see off in the distance how large the waves were.”

Outside of the eye, Dorian’s winds topped 185 miles per hour. At eleast five have been killed in the Abaco Islands, including an 8-year-old boy who drowned in the rising waters. 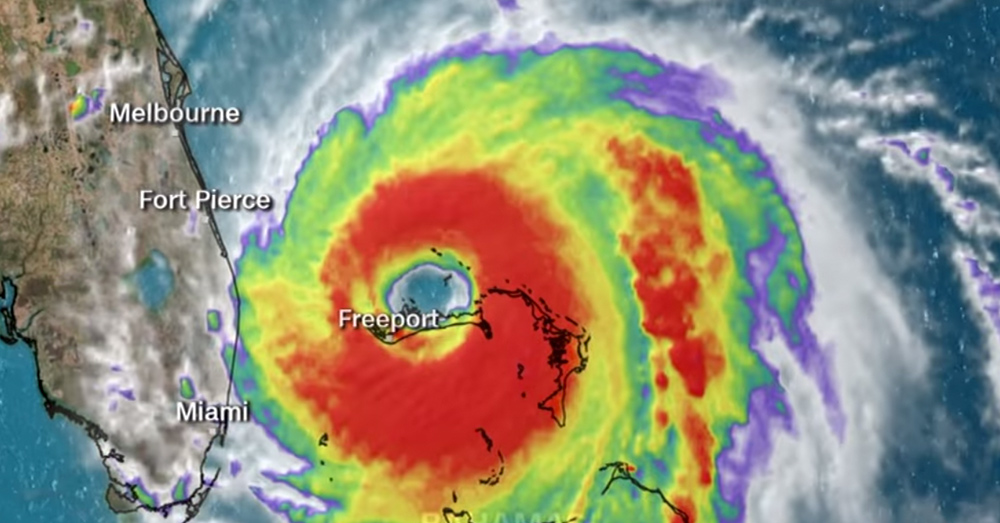 “We are in the midst of a historic tragedy in parts of our northern Bahamas,” Bahamian Prime Minister Hubert Minnis said at a news conference in Nassau.

As the storm moves toward mainland North America, the eye will shift, as well. Those outside of it will unfortunately experience the worst the storm is capable of. 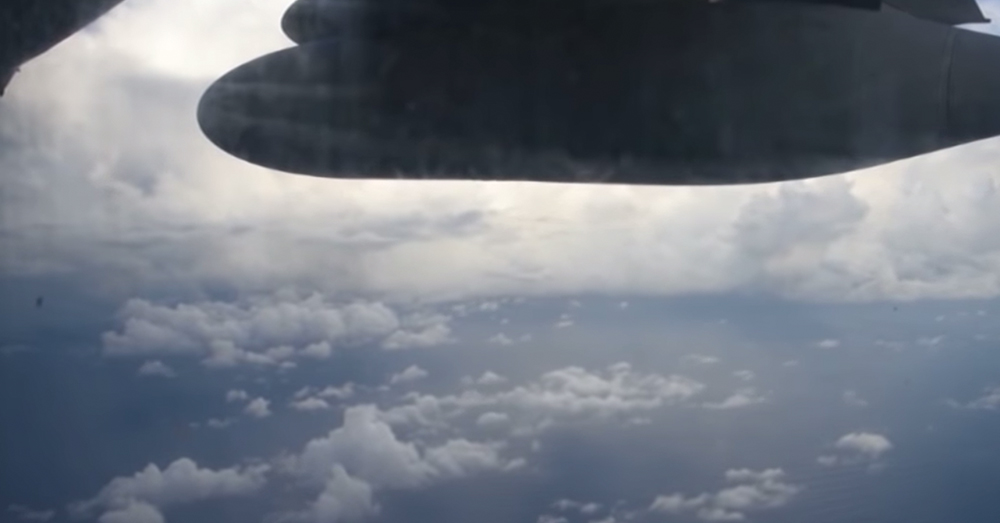 YouTube/CNN
From the eye of the storm, Capt, Black had a clear view.

“It was rather remarkable,” Capt. Black said. “We entered the storm when it was a Category 4. As we continued to fly, we saw the pressure continue to drop inside the center. And the winds continued to pick up. And the final report when we left, right as it was ready to make landfall there in the Bahamas, the winds were 185 miles per hour. Which is absolutely terrifying and catastrophic. Especially for the Bahamas there.”

See more footage of the storm in the video below.

Hurricane Dorian Expected To Intensify As It Heads For Florida Coast: Click “Next” below!