The ‘Doomsday’ Glacier Is Melting, And Could Raise Sea Levels Over 3 Feet

The Thwaites glacier is a mass of ice about the size of Great Britain, locked within the West Antarctic Ice Sheet.

It acts like a stopper in a drain, slowing the antarctic ice on the continent’s interior from flowing out to sea. It very well could be the “most important glacier in the world,” and it’s melting.

According to the BBC, melt from the Thwaites glacier accounts for 4% of the annual rise in sea level. That’s already a massive impact for a single glacier, and data taken from satellite imagery show that it’s melt is accelerating. If the Thwaites were to disappear tomorrow, the world’s oceans would rise more than a foot and a half, flooding coastal cities and putting critical habitats at risk. 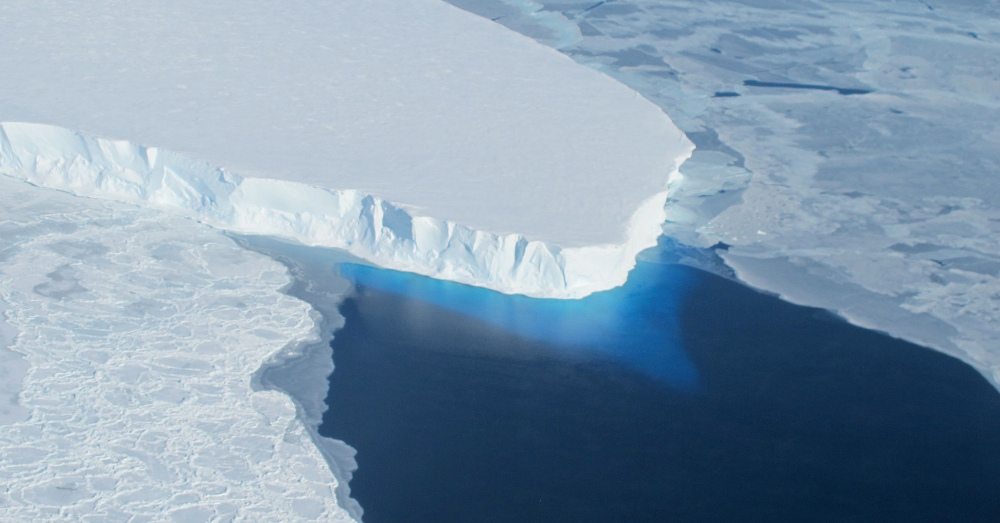 Source: Wikimedia Commons
The Thwaites glacier keeps much of the Antarctic ice sheet from flowing into the ocean.

Antarctica holds 90% of the world’s fresh water in ice, 80% of which is situated on the eastern part of the continent. The thickest ice in Antarctica is also the oldest, having covered the eastern part of the land mass for millions of years. To the west, where the Thwaites glacier is located and most of the ice floats above the ocean, the landscape changes much more rapidly as warm and cold currents ebb and flow.

Most of the Thwaites glacier currently sits below sea level, with the sea bed beneath sloping downward.

“It means the glacier gets thicker and thicker as you go inland,” wrote the BBC’s Chief Environment correspondent Justin Rowlatt. 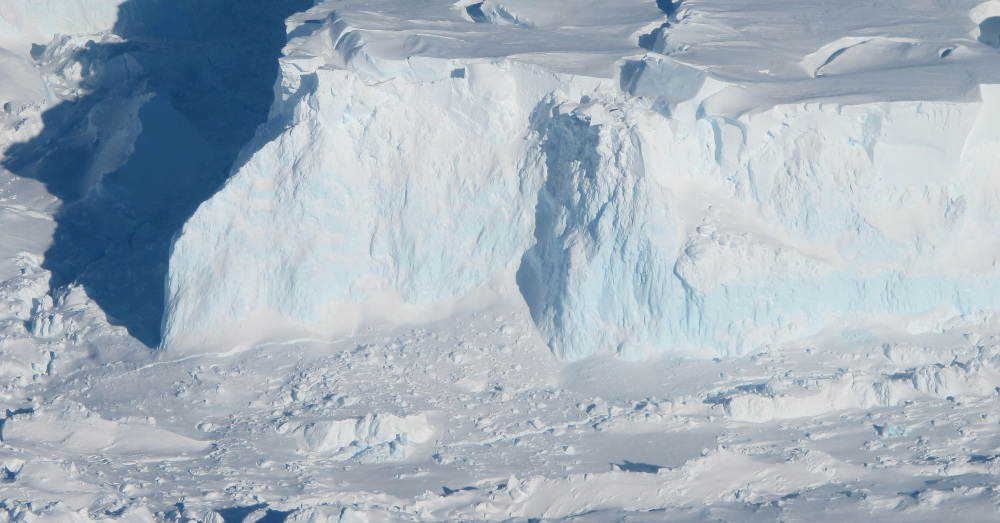 Source: Wikimedia Commons
Researchers are scrambling to understand why the glacier is melting so quickly.

Rowlatt spent some time with the Icefin team and a few dozen other scientists who make up the International Thwaites Glacier Collaboration (ITGC), a five-year, $50m (£38m) joint UK-US effort to understand why the glacier is dissolving so quickly.

“What appears to be happening is that deep warm ocean water is flowing to the coast and down to the ice front, melting the glacier,” Rowlatt writes. “As the glacier retreats back, yet more ice is exposed.”

Rowlatt points out that the base of the Thwaites glacier is more than a mile below sea level, under at least a mile of ice. As warm ocean water flows up from the depths of the Atlantic to the Antarctic coast, it melts the Thwaites glacier. This forces the glacier to retreat, exposing even more ice, and weakening the glacier’s grip on the sea floor.

“It is a bit like cutting slices from the sharp end of a wedge of cheese,” Rowlatt writes. “The surface area of each one gets bigger and bigger – providing ever more ice for the water to melt.” 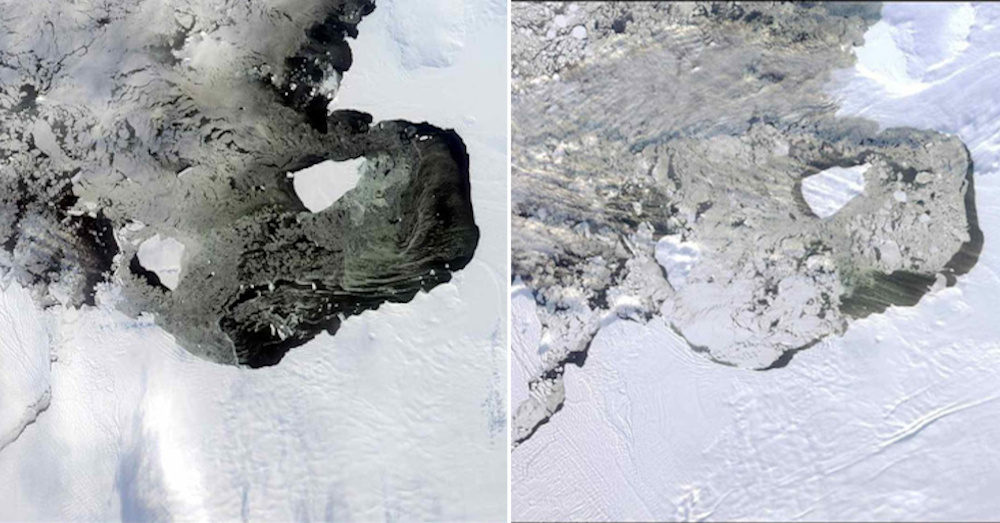 The glacier has become less stable as warm currents expose more ice. Chunks of the Thwaites glacier are breaking off and melting into the Atlantic.

“The fear is these processes will just accelerate,” says Dr Kiya Riverman, a glaciologist at the University of Oregon. “It is a feedback loop, a vicious cycle.”

Riverman and the others ib the ITGC spent a few weeks collecting snow to melt into warm water, which they then used to drill down through the Thwaites glacier to learn more about the water underneath. Their findings confirmed the feat that warm water from the Atlantic has been eating away at this glacier for years. Making matters worse, the naturally occurring “ice pump” is accelerating the erosion. 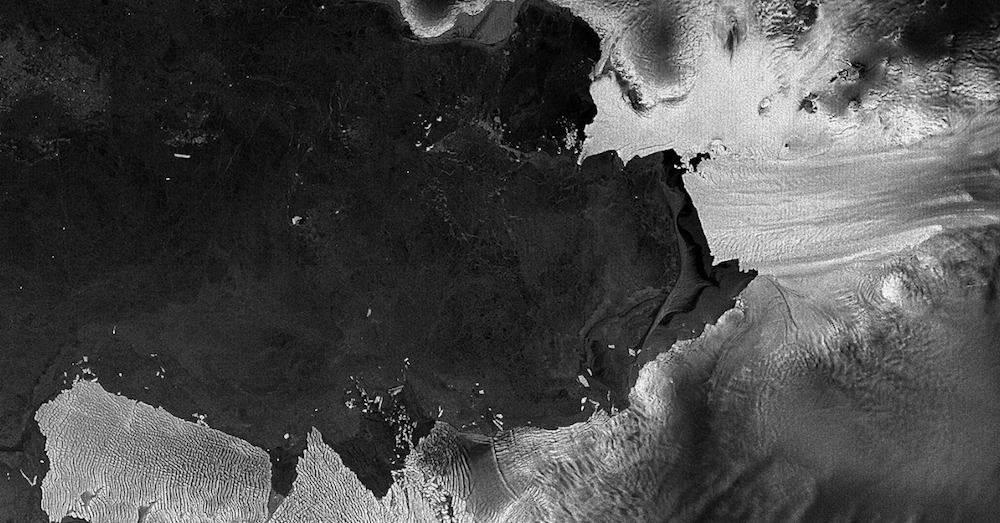 Source: Wikimedia Commons
An “ice pump” can accelerating the rate of melt in the presence of warm water.

As freshwater melts off a glacier and into the ocean, it flows upwards, pulling heavier salt water behind it, melting the ice further. When the water is very cold, this process takes much longer, and is typically offset by regular snowfall. Warm water speeds up the ice pump, however, and in the case of the Thwaites, can multiply the melt by a factor of 100.

“It can set glaciers on fire,” says Prof David Holland, an oceanographer with New York University.

According to Rowlatt’s account, the coast of the Thwaites glacier is losing up to two miles of ice every year.

“There is no mistaking the epic forces at work here, slowly tearing, ripping and shattering the ice,” he writes. “In some places the great sheet of ice has broken up completely, collapsing into a jumble of massive icebergs which float in drunken chaos.” 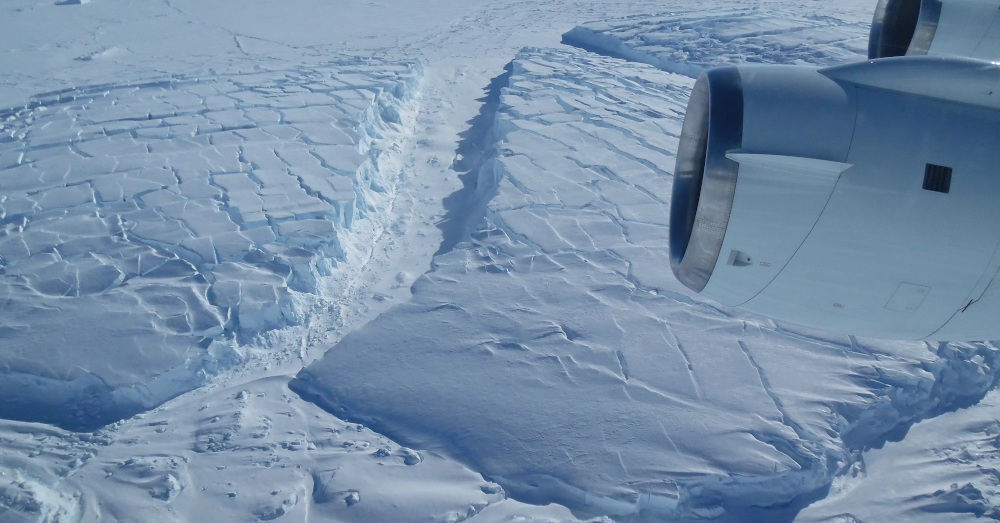 Source: flickr/NASA ICE
There’s worry that the Thwaites will be completely melted within 100 years.

It may take some time, but the Thwaites glacier on a course to disappear within a century if trends are not disrupted. By then, major coastal cities and those along rivers will be facing catastrophic flooding as sea levels rise more than three feet, and that’s assuming glacial melt is halted after the Thwaites is gone.

But that will likely not be the case.

As PRI reports, the Thwaites’ disappearance, “could one day destabilize surrounding glaciers and eventually trigger up to 11 feet of global sea level rise.”