As many people may know, dolphins are some of the most playful and adorable creatures in the entire ocean. These incredibly social creatures seem like they are always trying to show off somehow when there are people nearby.

Dolphins do so many things in the wild that make it seem like they are just really enjoying their lives.

Often times they will leap out of the water or rise up vertically just to take a look around and see what’s going on. They also follow ships on a regular basis and have the capability to perfectly synchronize their movements with other dolphins nearby. 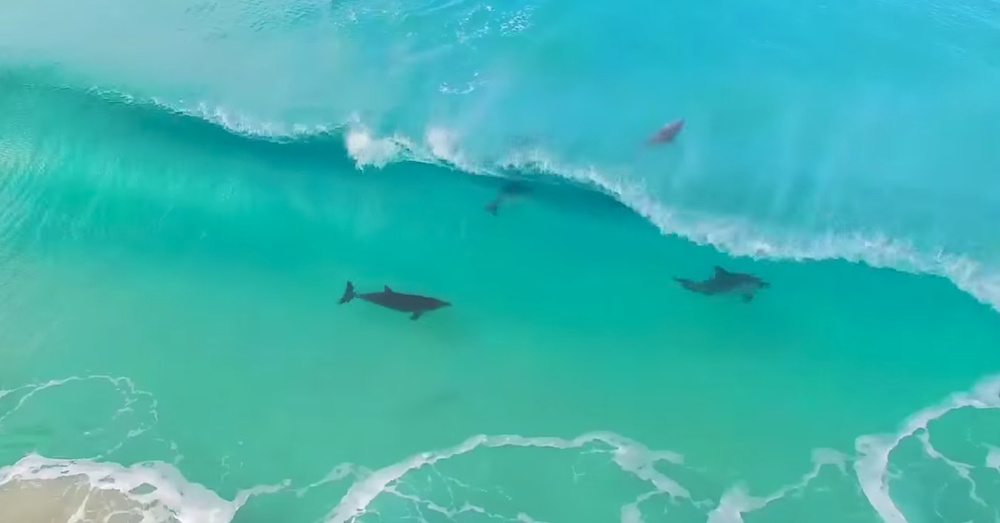 Not only will they follow boats, but they will also follow seabirds and whales to help lead them to possible feeding opportunities.

With social groups that can be anywhere from five individuals all the way up to nearly 500, they share a very complex and highly intelligent community.

By communicating through echolocation (the use of sound waves to “speak” to each other), they can find prey and easily hunt together in groups.

Their “language” may just sound like loud squeaks, squeals, and chirps to our human ears, but they know exactly what is being said to one another and they can even use it to help them determine far away objects. 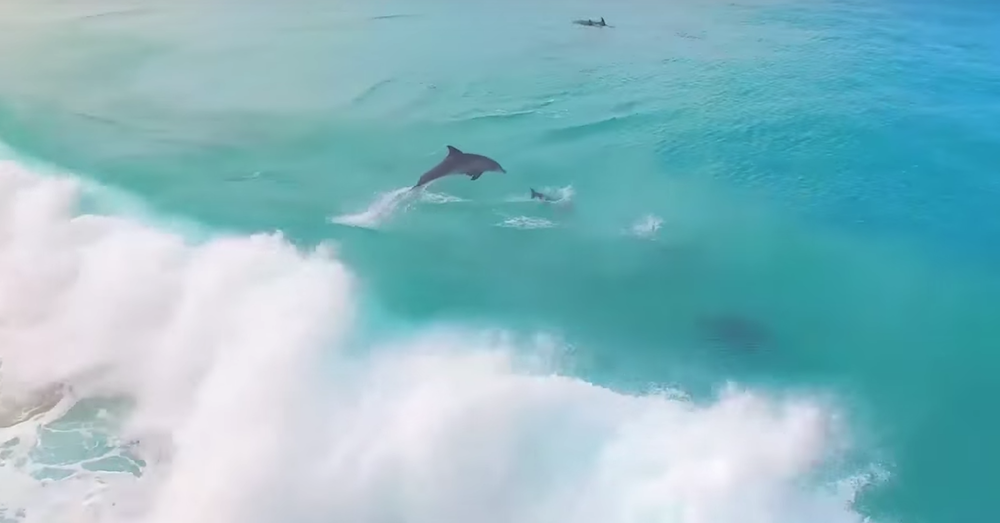 Dolphins’ intelligence is extremely sophisticated and is often put on the same level as chimpanzees, and their brains are actually quite similar to human brains.

They are also known as very compassionate animals who are willing to help others when they perceive another creature that is in danger or under threat from a potential predator. Dolphins even go as far as helping other species!

But when it comes down to play time, there are few creatures in the wild that are as good at having fun as a dolphin.

In the video below, this group of dolphins is just out for a nice little group swim when they come across a number of surfers trying to ride the waves.

Since these friendly ocean mammals are so adept at riding waves themselves, they decide to show the surfers how it’s REALLY done.

Check it out and prepare to watch these people get totally schooled!