For the first time in history, scientists have discovered a bottlenose dolphin who’s gone out of her way to care for another unrelated young whale calf.

Cross-species adoption is an uncommon circumstance in the animal kingdom, but it’s not out of the realm of possibility. Especially in shelters, farms and other places where many animals are held in close quarters, compassionate cats and dogs have been known to offer maternal protection to others who may not look much like themselves.

Under the sea, the story is no different. And, in the case of the bottlenose dolphin, maternal instincts are especially strong. These dolphins are known for carrying their young with them for as much as six years. 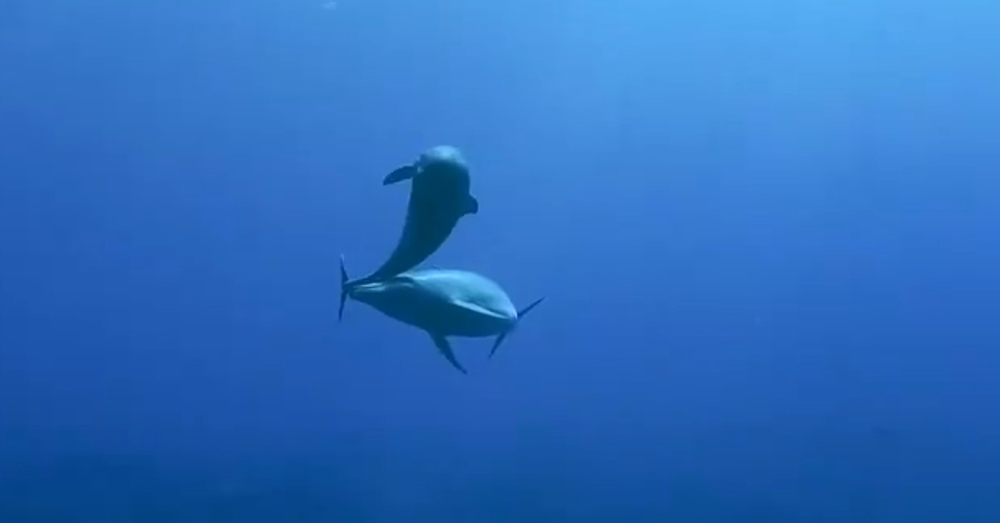 Source: Twitter/@yashar
a bottlenose dolphin has adopted a melon-headed whale in the South Pacific.

This particular bottlenose was found off the coast of French Polynesia, doting over what was presumably one of its own, and one which obviously wasn’t. According to National Geographic, the one-month old whale calf had a much stubbier beak, eventually identified as a melon-headed whale. 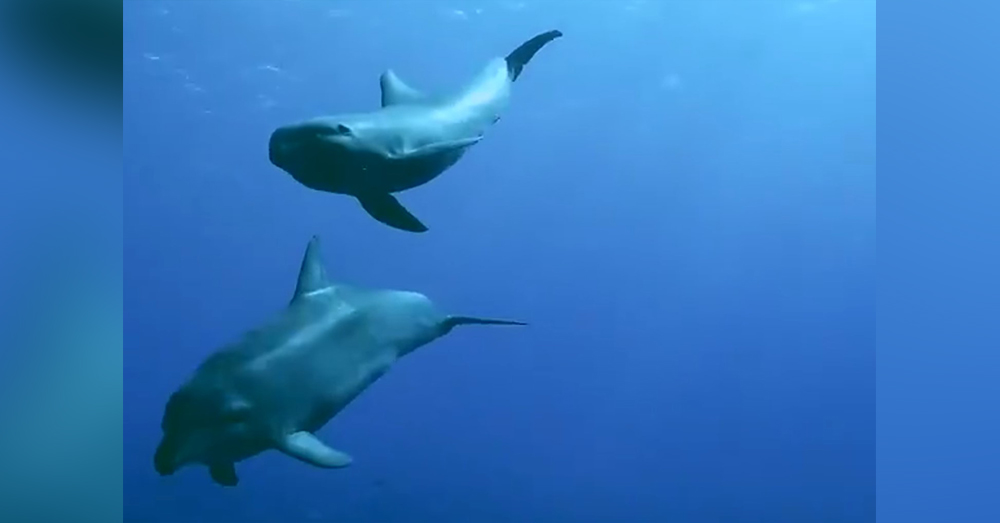 Carzon and her colleagues had been studying a colony of a few dozen bottlenose dolphins in the South Pacific since 2009. They recorded the distinctive family from land, as well as closer up from a ship, as well as underwater.

The melon-headed calf was insistent on swimming close to its adoptive mother, and occasionally seen nudging the other young bottlenose dolphin out of the way. It seemed to have little trouble assimilating with others in the colony, however, and was even seen playing in the waves with some of the other young dolphins. 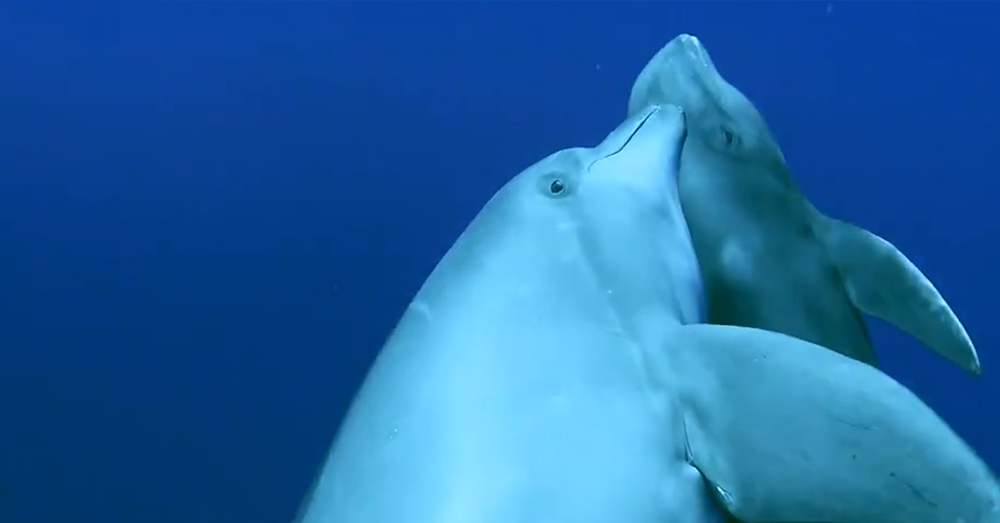 Source: Twitter/@yashar
Adoptions in the animal kingdom are not unheard of, but this cross-species event is the first researchers have ever seen.

The marine researchers published their findings in the journal Ethology. The team noted, this adoption is different from others, in which the mother bottlenose may escort the young of other species for much briefer periods of time. The melon-headed calf followed its bottlenose mother longer than the dolphin’s biological young, and even nursed from her, weaning after a full three-years. 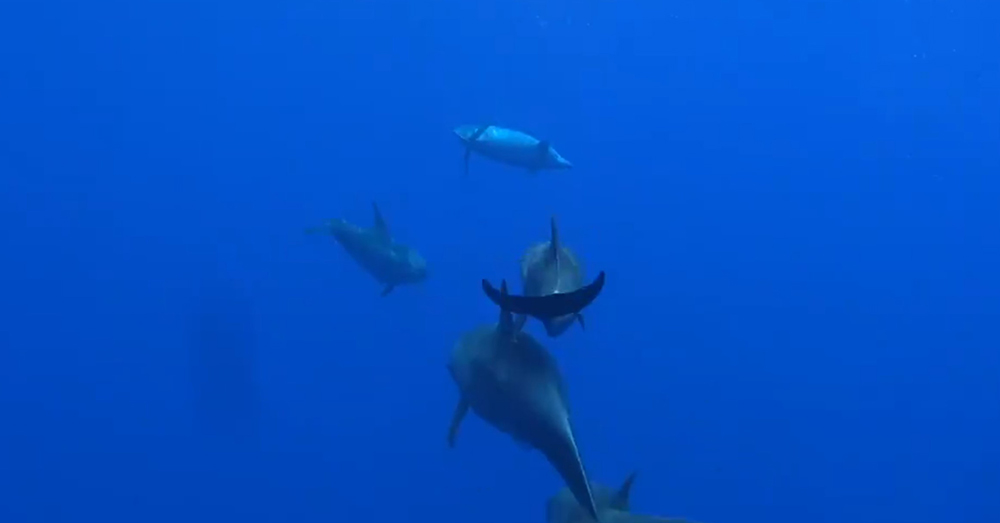 Source: Twitter/@yashar
The whale calf has since assimilated into the dolphin pod.

It’s unclear how this relationship came about, but researchers believe it was a matter of being in the right place at the right time for the melon-headed calf. The bottlenose dolphin, having just given birth, may have taken the whale calf in when her maternal instincts were at their peak.

Watch them swim in the video below.

For the first time, scientists have been able to confirm that a bottlenose dolphin has adopted an orphaned calf of another species

The calf, a melon-headed whale, even started to behave like a dolphin in order to adopt to his new family

We’ve Got 18 Months To Reduce Carbon Emissions Or It’s Just Going To Get Hotter: Click “Next” below!