Ash Dropping From The Sky At “The Happiest Place On Earth”

Disneyland in Anaheim, California, is a place where people can most of the time enjoy the universe that Walt Disney has created. But now happens to be the rare time when the self-proclaimed “happiest place on earth” is starting to look like something out of a movie about the apocalypse.

A brush fire that burned through a number of homes in Anaheim Hills on Monday, October 9th grew dramatically over the course of a single night and has now prompted evacuations for thousands of residents living in Orange, Tustin, and Anaheim.

The fire, which has been named Canyon Fire 2, has burned through close to 7,500 acres in the span of 24 hours and has only been 25% contained, according to officials.

With a fire this large, ash and smoke are starting to cover the sky and it is making Disneyland visitors see a very different side of Southern California. It is also making the theme park look incredibly spooky. 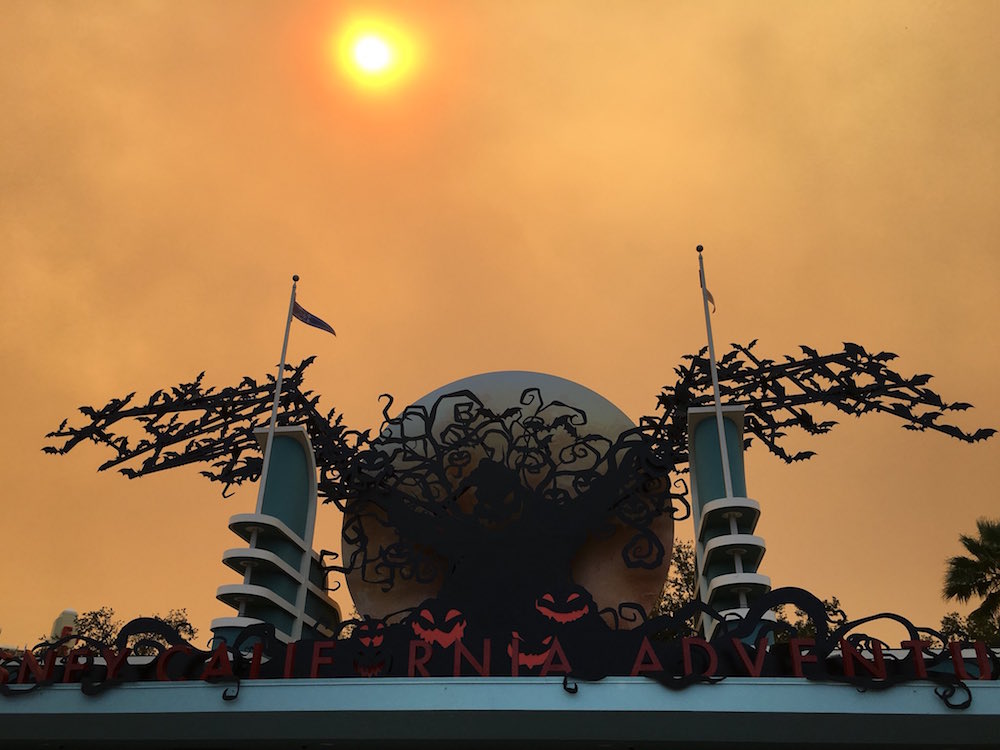 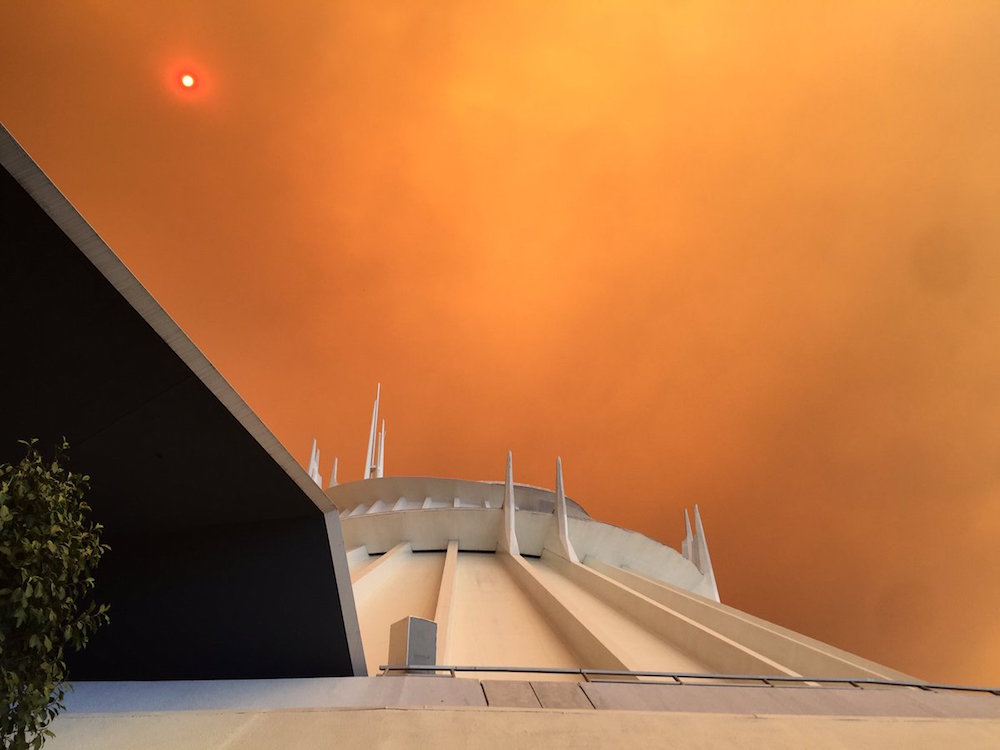 “Is The World Ending Or Something?” 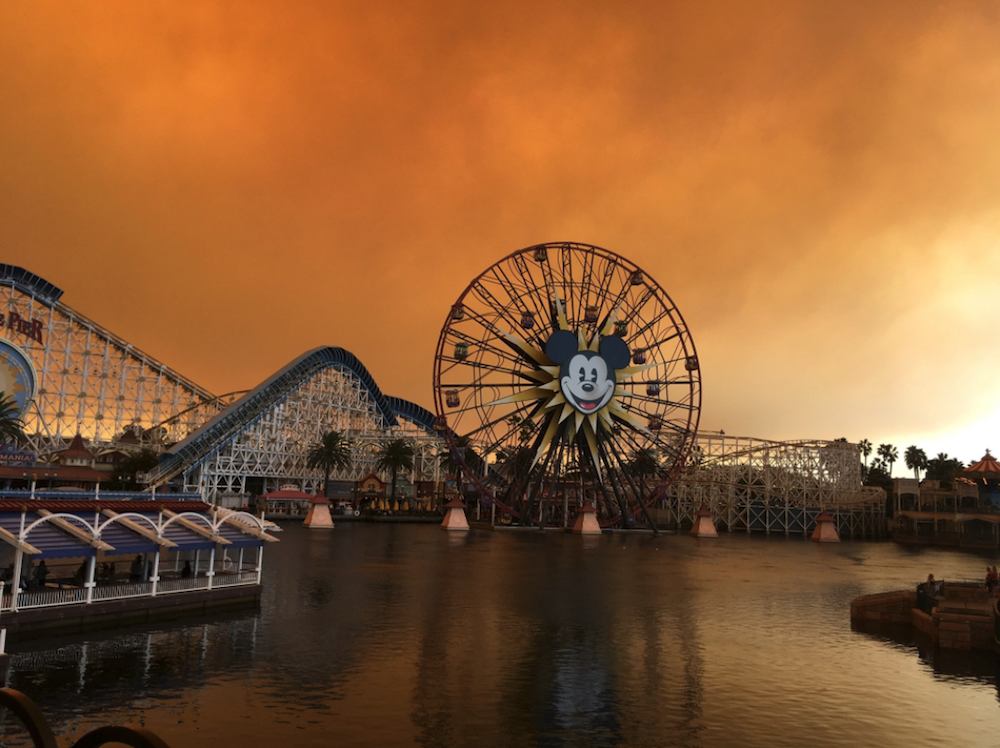 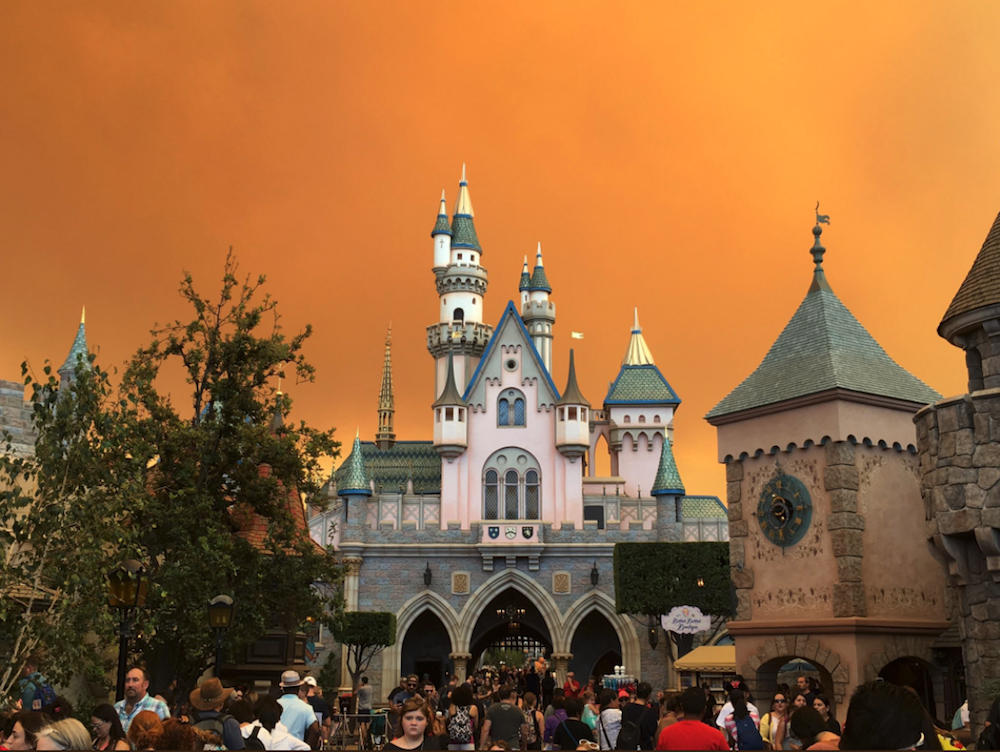 Wildfires like this are becoming extremely common during the fall months for a lot of the dryer states on the west side of the country. There simply isn’t enough rain falling when they need it the most, which makes it incredibly easy for a tiny, accidental spark to ignite something incredibly dangerous.

The U.S. Forest Service, alongside local fire departments, simply do not have the funds or the manpower to combat wildfires this large, so it is almost impossible to stop these fires from spreading, especially in climates with such dry weather.

To see some of the ways that could help potentially prevent these fires from happening, check out the link below.

Deadly U.S. megafires are growing hotter, lasting longer, and burning more land due to climate change and other human causes.

More and more homes are at risk, along with more of the special, natural places that all of us hold dear. One major wildfire that burned the Sierra Nevadas for more than a year raged into Yosemite National Park.

See how to help keep these fires at bay.