They swim alike, they grin alike, sometimes they even fin alike.

You could lose your mind, and some marine biologists are getting close to it. Two-headed sharks are being seen more often in the world’s oceans. The mutation isn’t restricted to a single species, leading some scientists to hypothesize that a genetic disorder is to blame.

According to National Geographic, “wild sharks’ malformations could come from a variety of factors, including viral infections, metabolic disorders, pollution, or a dwindling gene pool due to overfishing, which leads to inbreeding, and thus genetic abnormalities.”

Stray radiation and environmental factors have been proposed as a possible precursor to the dicephaly, but most scientists have dismissed these theories. 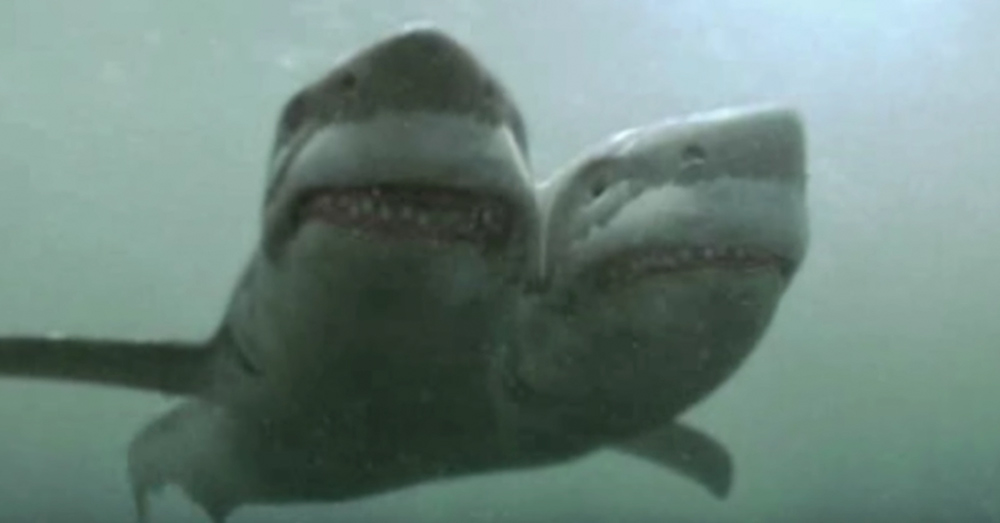 Most two-headed sharks die while, or shortly after being born, so it’s not necessarily a widespread characteristic of a thriving species. As well, some biologists content that the number of two-headed sharks being found isn’t so much alarming as it is overemphasized.

“We see two-headed sharks occasionally,” George Burgess, director of the Florida program for shark research at the Florida Museum of Natural History, told National Geographic. “It’s an anomaly, caused by a genetic misfire. There are lots of different kinds of genetic misfires, and most don’t make it out of the womb.” 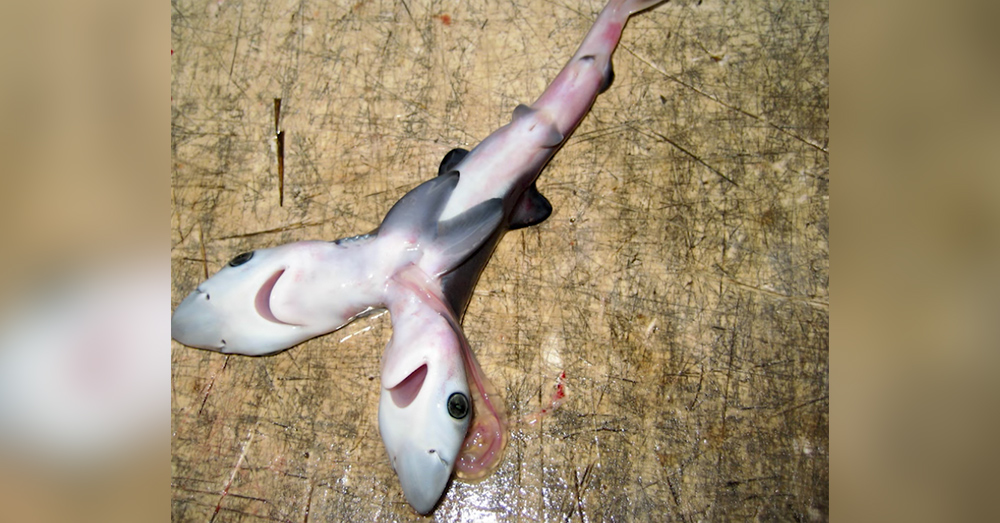 Still, such an anomaly is a rare find in nature, and if many more continue to turn up, there may be cause for concern.

“There’s a reason you don’t see a lot of sharks with two heads swimming around: they stand out like a sore thumb, so they get eaten,” Burgess said. “They would have trouble swimming and probably digesting food.”

Learn more about two headed sharks in the video below.