It’s one of the most sorrowful sounds you’ll ever hear, but it’s also a sad reality check for anyone who thinks protected species are safe from illegal poaching.

In the video below, a baby rhino named Davi cries for his mother after she was shot and killed by poachers. Most rhinos spend at least three years with their mothers before weaning, the Dodo reports, but Davi’s childhood was cut short at just 8 months old.

The baby rhino stood close by his mother’s lifeless body until rescuers arrived. They fitted her with earplugs and a blindfold to calm his anxiety on the way to The Rhino Orphanage in South Africa. 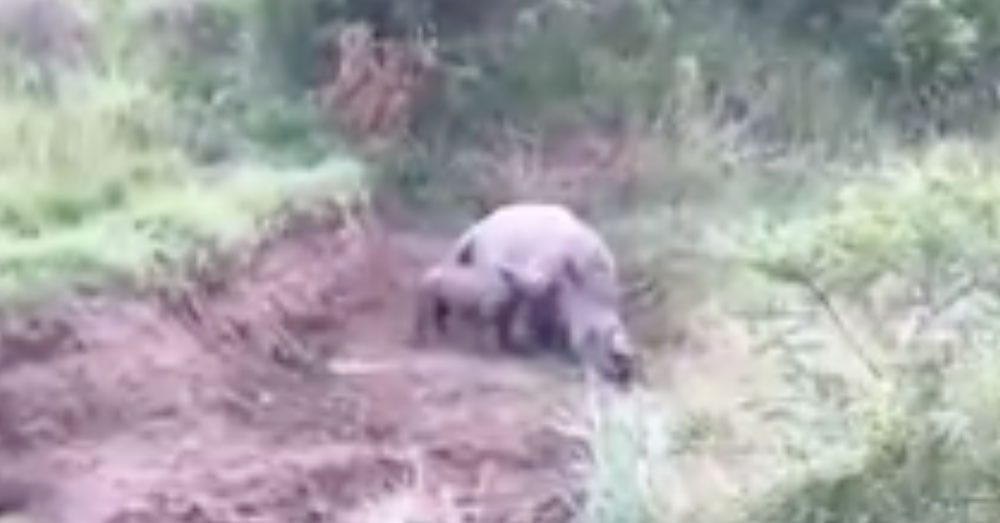 It was there that Davi spent the night crying.

“His calls for mom echoed deeply and urgently throughout the night, but two carers have been with him every step of the way,” caretakers posted. “At least he is in good physical condition [and] has no injuries except a broken heart, which we are positive will be mended by the love and care of everyone in our team.” 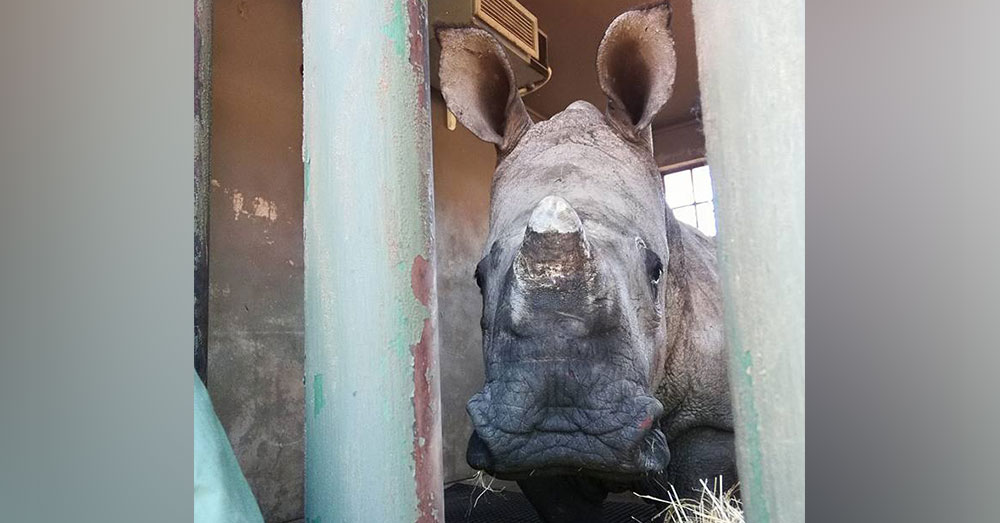 David was inconsolable for days after being rescued, though the orphanage caretakers maintain he has been drinking milk from a bottle.

“He seeks our comfort, and that is a major step forward,” Davi’s caretakers said. “After six very long days of incredible patience, tenderness, calm quiet voices, sometimes frustration and disappointment, and the return of untouched bottles of milk, Davi has finally started drinking from a bottle! [This] had our carers crying tears of relief and joy. He has polished several liters of milk [off] already.”

Sadly, Davi may soon face the same threats as his mother. Rhinos are still being targeted for their horns, despite their status as an endangered species. 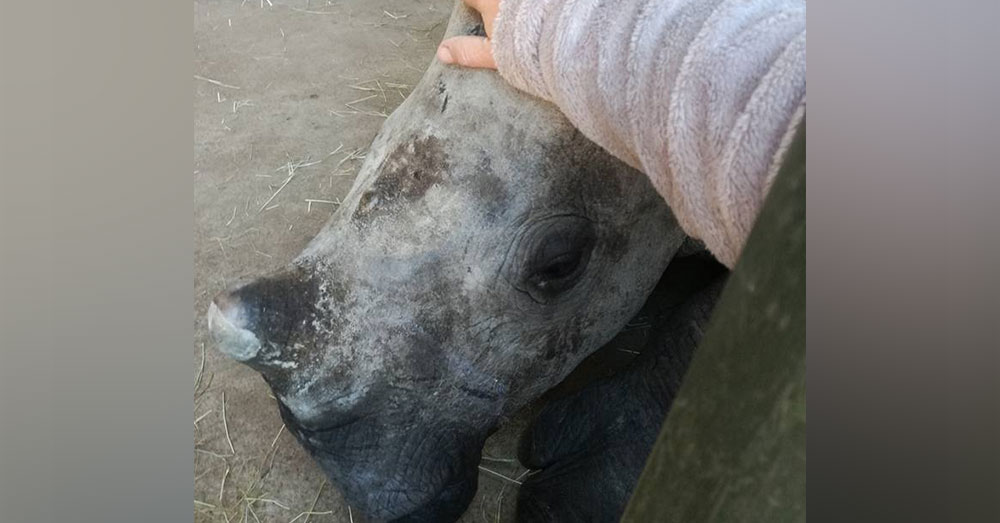 In the meantime, Davi is making friends with other rhinos at the orphanage just like him. Lolli and Lotti were also orphaned when a poachers killed their mother, but they have been warm and welcoming to Davi, who is getting braver by the day.

“Although little Davi still wanders off to a quiet corner and calls occasionally, he likes the closeness of his new companions,” the caretakers said.

Listen to Davi’s mournful cry in the video below.