Wisdom has certainly earned her nickname from the naturalists who keep track of her. This Laysan albatross is around 65 years old and she just hatched another chick to take care of, this time on Sand Island in the Midway Atoll. The chick hatched in February 2016 on Sand Island in the Midway Atoll in the North Pacific Ocean. Wisdom and her new baby are part of an extraordinary species of ocean-going birds. 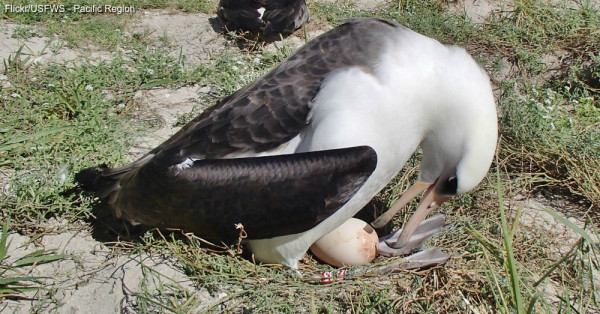 In the 90-year history of the bird tagging program of the United States and Canada, Wisdom is the oldest-known wild bird. She was first tagged in 1956 at the age of 5. 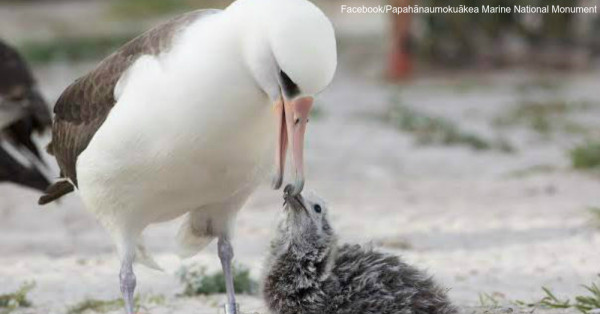 Scientists estimate Wisdom has hatched between 35 to 40 chicks in her lifetime. Scientists named the February 2016 baby Kūkini, which is Hawaiian for messenger. 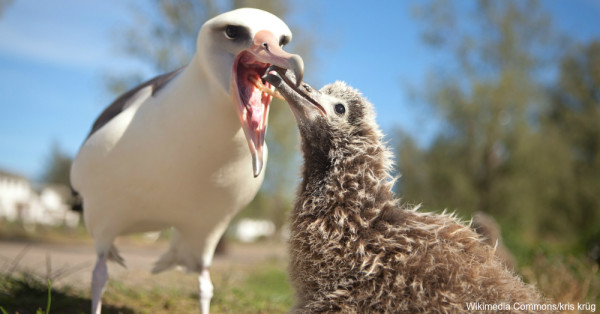 Researchers estimate Wisdom has flown around 3 million miles in her lifetime to this point. That’s more than six trips to the moon and back! 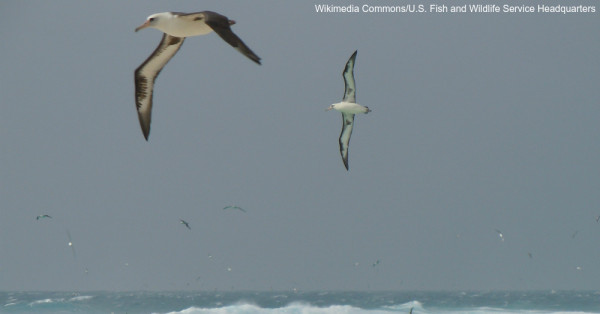 These well-traveled birds inhabit many coastal areas of the Pacific Ocean. Humans find the Laysan albatross in Japan, Hawaii, Mexico, California, and Alaska. 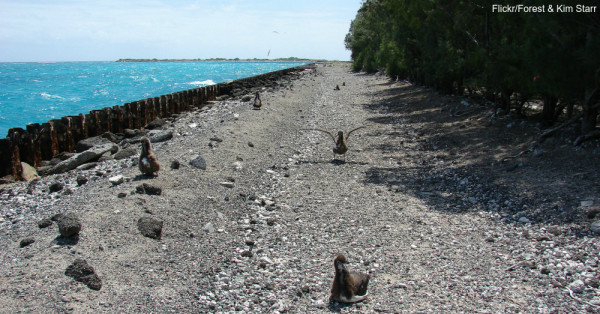 Laysan albatross may fly hundreds of miles in a single day. During the first 3 to 5 years of life, these birds never touch land because they fly so much. Scientists believe these huge birds can sleep while flying. 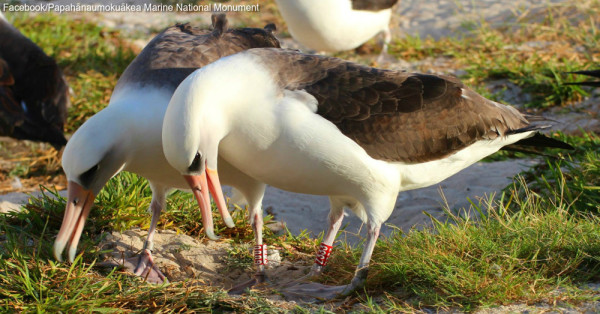 These majestic albatross have a 6-foot wingspan for easy flying.

Laysan albatross have white heads, white underbellies, and gray, brown, or black feathers on top of their wings. 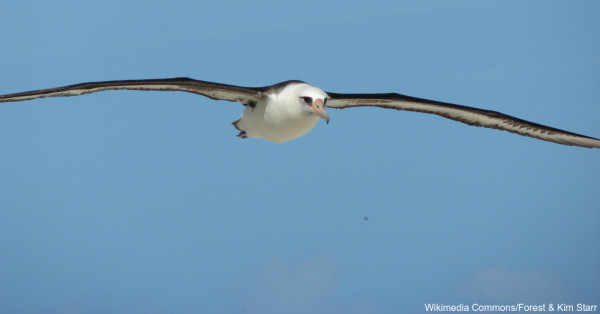 Wisdom and her kind eat squid, fish eggs, crustaceans, and cast-offs from fishing boats. An individual may fly 1,600 miles away from a nest in a single trip to find food.

The species name of Laysan comes from the small, sandy Hawaiian island that harbors the largest breeding population of these birds. Hawaii and Midway Atoll account for 94 percent of all breeding pairs of Laysan albatross. 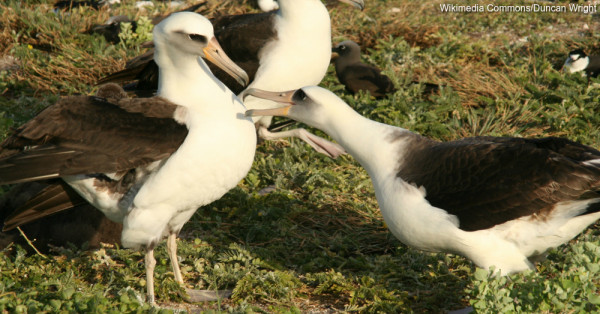 Young albatross wait until age 8 or 9 to start raising a family. A male may perform up to 25 dance moves to try to attract a mate. How adorable is that?

Check out these cute baby birds from Hawaii as scientists try to preserve another unique species.