For more than a century, wild horses have roamed free in Shannon County, Missouri. Visitors who come to float the area rivers or hike the nature trails often catch a glimpse of the horses and take away an indelible memory of the sight. According to the Columbia Tribune, the continuing presence of the horses represents a victory for wildlife devotees, who waged an eight-year battle during the 1980s and 90s to prevent the National Park Service from removing the animals from land controlled by the agency. 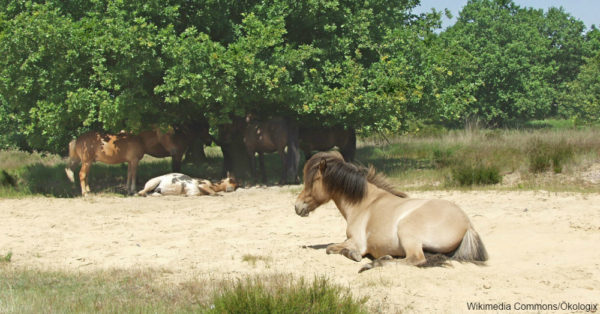 Locals believe the animals descend from horses set free by struggling farmers during the Depression. The horses travel in small packs along the Ozark National Scenic Riverways and enjoy protected status, making them a permanent fixture of the region. For almost a decade, however, the presence of the horses was the subject of a fierce debate. According to the Springfield News-Leader, the National Park Service claimed the horses are feral and not indigenous to the area. Advocates argued that the horses are a treasured part of the area’s heritage and a major tourist draw. The resulting conflict went all the way to the Supreme Court and sparked a rally that drew more than 3,000 protesters. 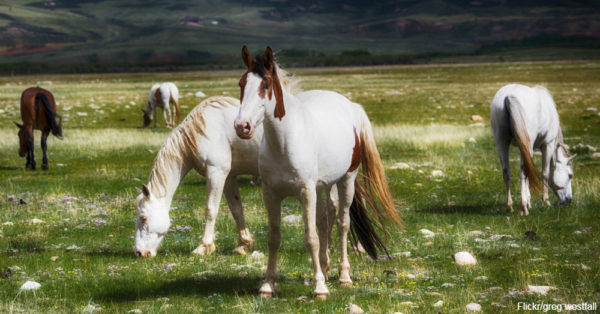 As the Washington Times reports, 2016 marks the 20th anniversary of passage of a federal law that stopped efforts to remove Missouri’s wild horses. Signed by President Bill Clinton, the law represented a last-ditch effort to protect the animals after a series of failed court actions. Today, the Missouri Wild Horse League monitors the well-being of the animals and ensures their number does not exceed 50. When the herds grow too large, animals are culled from the packs and placed for adoption. Due to the efforts of fierce wildlife advocates, Missouri’s small packs of wild horses are there to stay. Thanks to legislative intervention, both locals and tourists can continue to look forward to rare but memorable glimpses of these living relics of America’s past. Read this article about Echo Bluff, a Missouri state park where you’re likely to spot packs of wild horses.