On March 11, 2016, hikers in the state of Washington discovered a little brown bat approximately 30 miles east of Seattle. The animal didn't look well, so they took the sick bat to the Progressive Animal Welfare Society. Two days later, the bat died. Veterinarians later confirmed that the animal died from white-nose syndrome, a deadly fungal infection specific only to bats. Alarmingly, this is the first time the syndrome has affected a bat on this side of the continent. 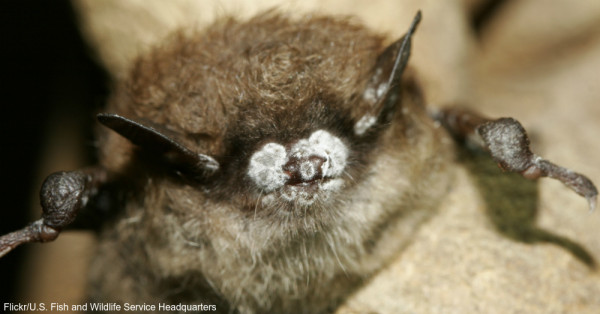 Until this case white-nose syndrome, the disease only occurred in states as far west as Nebraska and Missouri. The 1,300-mile jump from the Midwest to the Pacific Northwest concerns scientists at the U.S. Fish and Wildlife Service. White-nose syndrome may not have spread through bat populations, but instead through human contact.

Mollie Mateson, a senior scientist with the Center for Biological Diversity, says it's fairly reasonable to conclude this case of white-nose syndrome was transmitted by humans. Scientists believe the deadly fungal infection spreads to bats through bat-to-bat contact or from cave environments, but may also travel on the clothing or equipment of humans who enter affected caves.

In 2010, the Center for Biological Diversity filed a petition banning human intrusion into all caves and abandoned mines on federal lands. State and federal authorities have followed the petition's guidelines in areas where white-nose syndrome has occurred by limiting access to caves. Other environmental groups advocate that cavers go through decontamination protocols on clothing and equipment that goes into caves known to harbor white-nose syndrome. 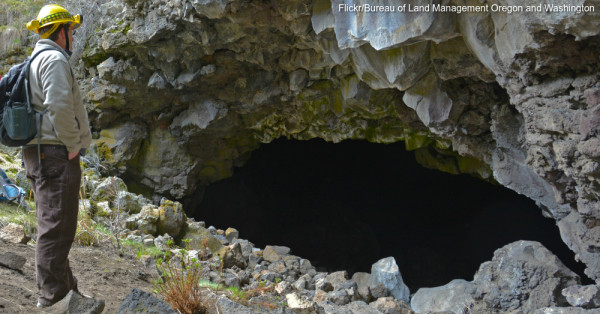 What Is White-Nose Syndrome?

White-nose syndrome was first discovered in 2006 in upstate New York. Experts believe white-nose syndrome originated in Asia or Europe and then came to the United States through human contact, which is why decontamination is essential. Since its discovery, the fungal infection has spread to at least 28 states and five provinces of Canada. Scientists estimate the infection has killed more than 6 million bats as of 2016. If a bat in Washington has the disease, it may spread over previously uninfected populations and kill many millions more.

The fungus appears as a sort of white fuzz on the wings, ears and nose of infected bats. The disease interrupts the normal hibernation period of bats, and eventually leads to death. In some caves, white-nose syndrome had a 100 percent mortality rate. Seven species of bats carry white-nose syndrome. Two of those species live in Washington, including little brown bats. The possibility of even more drastic bat population declines in the United States doesn't bode well for the natural food chain or for human agriculture. 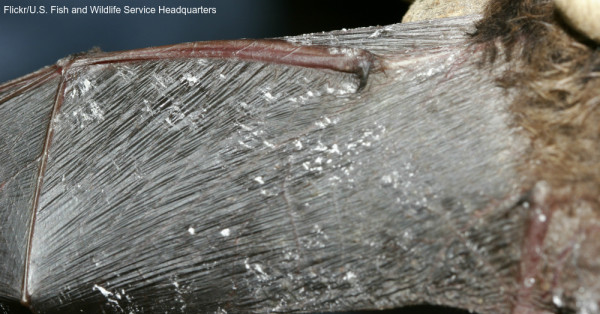 Why Should Humans Care?

Some experts estimate the annual economic value of bats to be $22 billion in the United States, as they allow farmers to save so much on pesticide costs. These flying mammals act as natural insecticides, consuming tons of insects every year, and pollinate plants to help crops grow. Bats are a keystone species, which means if bats go, entire ecosystems could collapse.

The disease has no known cure at this time. Genetic testing may reveal where white-nose syndrome comes from, and it may also lead to a vaccine. Experts had hoped to come up with some kind of treatment protocol before the infection spread west. The only thing biologists can do with the case in Washington is try to prevent the spread of white-nose syndrome through human transmission. The most logical way to stop the spread immediately is to prevent people from going into caves with bat populations. Those who do must decontaminate their clothing to protect bats at risk until scientists find a way to cure or prevent white-nose syndrome. Bats need humans to survive, and we need them, so it's in all our best interest to do everything we can to help.

Check out this article to learn more about bats' critical role in the ecosystem.