Literature buffs know that Herman Melville drew inspiration for his iconic tale Moby Dick at least in part from the sinking of the Essex, a whaling vessel that foundered in 1820, reportedly after suffering damage from a battering-ram attack by a sperm whale. Scientists, however, have always pondered the mechanical feasibility of such reports. Could a sperm whale be capable of doing so much damage to a whaling vessel weighing up to 238 tons? It was this question that drove a team of engineers to test the notion, settling once and for all the question of whether or not such accounts are plausible or can be considered extreme fish tales.

Researchers at the University of Queensland put the idea to the test and reported their findings in PeerJ, an open-source journal. The team studied the male sperm whale's head — which is one of the largest in the animal kingdom — and the related structures that would be involved in impacts like those described by survivors of the Essex event in 1820. The researchers then created a computer model using published data on the whale's skeletal structure and tissue, and used the program to simulate the whale's probable biological response to ramming scenarios. 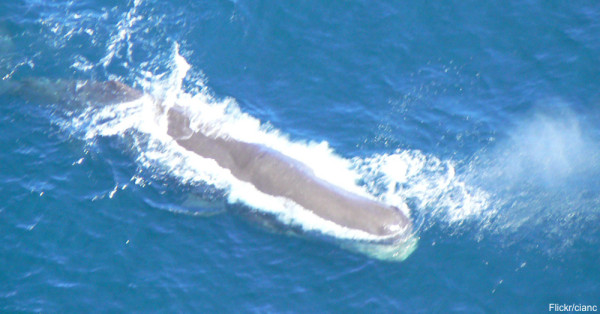 The researchers were able to determine that a protective portion of mainly connective tissue on the whale's forehead and two large oil-filled sacs on either side of its head are able to distribute impact stress and absorb battering hits. Using the data gathered, they agreed that whaler's accounts of sperm whale attacks are likely plausible. 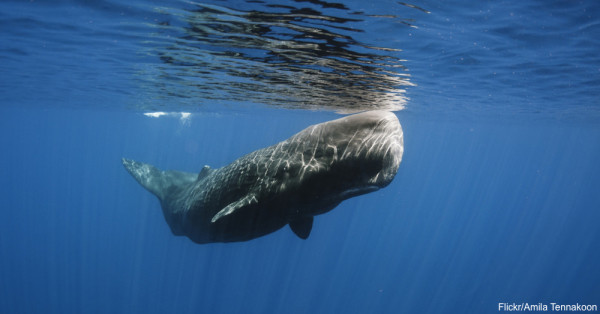 Scientists believe that this ramming behavior may be more common than we think, and may be used by males of the species to compete for the attention of females, a behavior observed in other animals. Ramming behaviors among these majestic whales are rarely observed, but there may be good reason for that. A pilot flying over the Gulf of California in 1997 observed two male sperm whales swimming rapidly towards one another and then disappearing below the surface at impact. If ramming is occurring underwater, this may be why there are so few firsthand accounts of it.

Watch this sperm whale take a dive as it tries to find a meal in the ocean depths.