At first glance, wasps seem to lead simple lives. They fly away from the nest, collect nectar, then fly back to the nest. A wasp's navigational system, however, is more complicated than you might think. Scientists at The Australian National University in Canberra spent over 10 years trying to determine how wasps find their way back home. Their discoveries paint a fascinating picture of the way in which wasps map their surroundings. 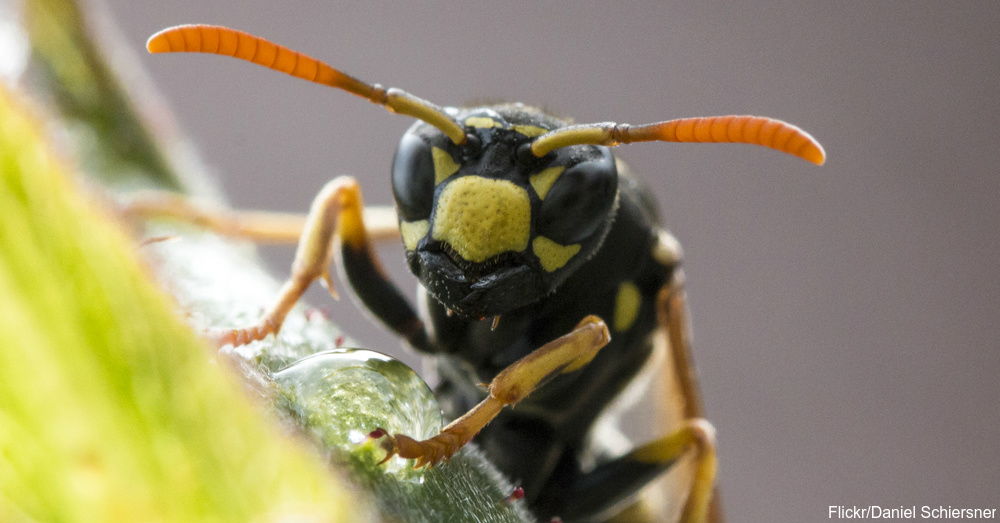 As it turns out, wasps don't just fly headlong out of the nest in search of floral goodness. They fly out and turn around to face the nest before sweeping from side to side in an arc movement. These arc movements get wider and wider as the insects get further away from the nest. In this way, wasps see their homes from all conceivable angles as they retreat.

As they make arc movements, wasps seem to remember features that help them get back home. Small elements such as stones, patches of grass, and other objects get assimilated into the wasps' mental maps as they conduct learning flights before they embark on big nectar-gathering missions.

To gain this new perspective, Australian National University scientists had to put themselves in the wasps' proverbial shoes. Researchers used two high-speed stereo cameras to record the wasps' head orientations as the insects flew around. Then, they moved a panoramic imager along the wasps' flight paths. Next, scientists built 3D models of the wasps' environments, which they used to gain a wasp's-eye view of the world. Finally, the researchers simulated wasps' homing flights in a virtual reality simulator.

The Australian National University study is part of a larger series of studies that scientists hope will contribute to a greater understanding of ecological neuroscience. If you found this story fascinating and want to learn more about wasps and brain science, read about what happens when a jewel wasp gets a hold of a cockroach's brain to do its bidding.