The question about how the evolutionary step from sea to land took place has been puzzling scientists for years. However, one ground-breaking discovery has just changed the conversation. Researchers from the New Jersey Institute of Technology (NJIT) have found that Cryptotora thamicola, a cave fish found in Thailand, walks up waterfalls in a way similar to how terrestrial animals walk on land. The pale pink fish is only about 2 inches long, and its diet includes organic matter and microbes, first discovered in a deep cave system in northern Thailand in 1985. Since then, it hasn't been found anywhere else on the planet. 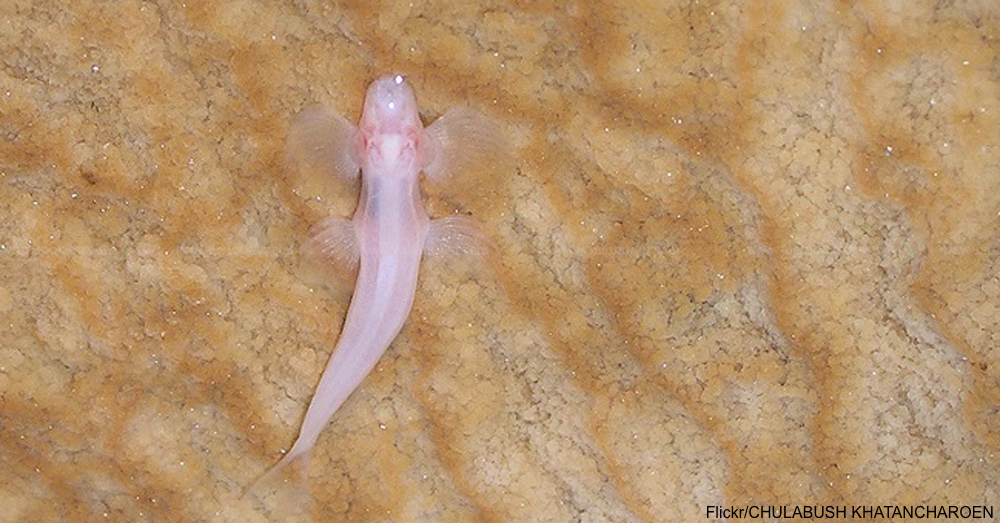 When the team of NJIT researchers went on an expedition to the caves in 2016, they came across the tiny fish walking up fast-flowing waterfalls along rock faces. After returning from the expedition, researcher Daphne Soares showed grainy footage of the walking fish to biomechanics expert Brooke E. Flammang. According to the New York Times, Dr. Flammang was blown away by the leisurely movement.

Biologist Apinun Suvarnaraksha, another member of the expedition, used a high-resolution CT scanner to take images of a specimen of Cryptotora thamicola taken from a Thai museum. After Dr. Flammang used the images to reconstruct the anatomy of the fish in three dimensions, she was able to get a better idea of how it walked.

The little cave fish are similar to tetrapods, a class that includes early land vertebrates that had evolved features to help them move outside a marine environment. These early vertebrates were able to move all four legs in a cycle, likely swaying the body back and forth while doing so. Just like tetrapods, the cave fish have spines that can support the weight of the fish against gravity. They also have connected pelvises — bony structures that land animals use for walking — as well as sites for attaching walking muscles.

The unique abilities and skeletal structure of this walking fish are unlike any living specimen currently known. Up until this point, scientists have had to rely on fossil evidence. While other fish species use limb-like fins to move around in various ways, such as the frogfish that sort of walks on coral and the mudskipper that can drag itself out of the water, no other species can walk on land with a tetrapod gait. 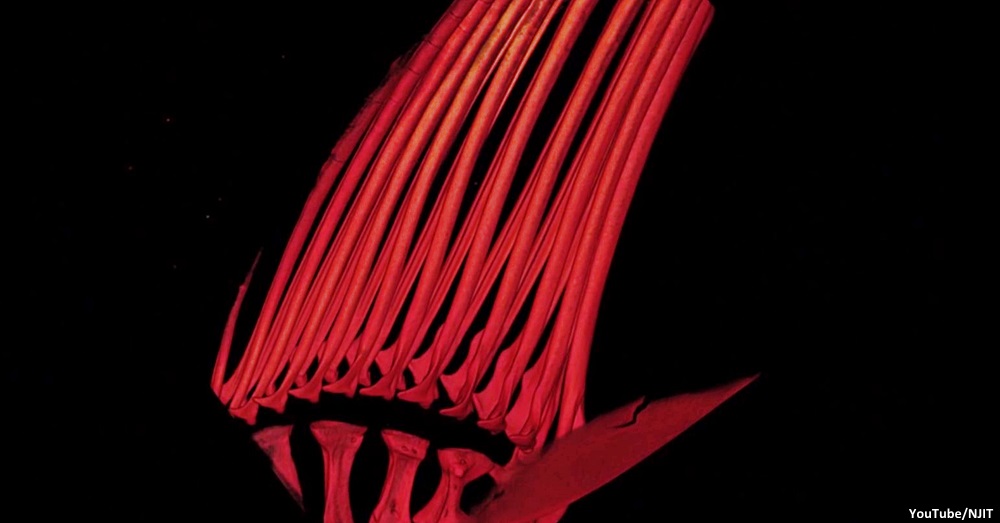 NJIT researchers compare the cave fish's four-legged gait to that of a salamander. However, Instead of using legs to get around, Cryptotora thamicola traverses waterfalls and rock faces using four downward-facing fins. Dr. Suvarnaraksha later returned to the caves to capture several specimens and place them into an aquarium so that he could record them walking from different angles. The researchers published a study detailing these findings in the journal Scientific Reports in March 2016.

Aside from its obvious accomplishments, the tiny cave fish Cryptotora thamicola is amazing in a number of other ways. Although many cave fish have no sight due to the light-free environment, most species make their homes in still pools. However, this fish has chosen a harsh flowing environment and even travels against strong currents and waterfalls on an incline.

The discovery of this unique fish raises countless questions, and science-lovers everywhere are hoping for answers. Not only is the discovery a huge milestone in the theory of evolution, but it is a reminder to everyone how much biodiversity blooms in even the most unexpected environments. Protecting these places is key in protecting Cryptotora thamicola and other species from which science has many lessons to learn. If you can't get enough cool fish stories, check out this very large oddly shaped fish.