Turtles are the unlikely champions of getting by without oxygen. As Smithsonian ornithologist George Angehr related to The Straight Dope, turtles can survive for more than a day in a chamber containing nothing but nitrogen gas. Sometimes, however, even a turtle gets a little winded. What do they do when they’re hiding underwater and they need some fresh air?

Some turtles, such as the eastern painted turtle of North America, have come up with a unique solution. They can breathe water through their rear ends. 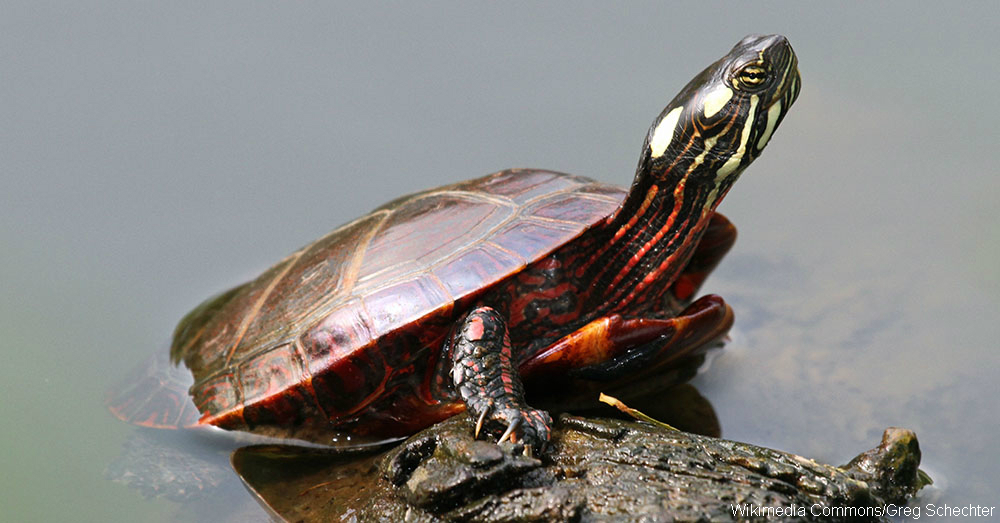 This bizarre-seeming adaptation is actually very clever. Turtles have inflexible shells, so they can’t breathe by expanding their chests the way most animals can. In fact, breathing takes a bit of elbow grease and some workarounds when you’re a turtle. By breathing through both their front and rear ends, they can take in oxygen without expending as much effort.

The white-throated snapping turtle of Australia is another species that shares its American cousin’s methods. Both species have rearward sacs that open out into the cloaca, a versatile orifice located under the tail. While we have a similar orifice, the anus, which we use for excreting waste, reptiles use their cloacas for peeing, pooping, and laying eggs. These turtles add breathing to the already long list. The sacs pump water in and out of the cloaca, picking up oxygen along the way.

The scientific name for this process is cloacal respiration, and some fish can do it, too. Not only is it more efficient to breathe through both ends, cloacal respiration also allows turtles to stay underwater for longer. These turtles can hide for predators for up to days at a time by breathing through their butts. Some can even bury themselves in mud and hibernate for up to five months while slowly breathing via their cloacal sacs. 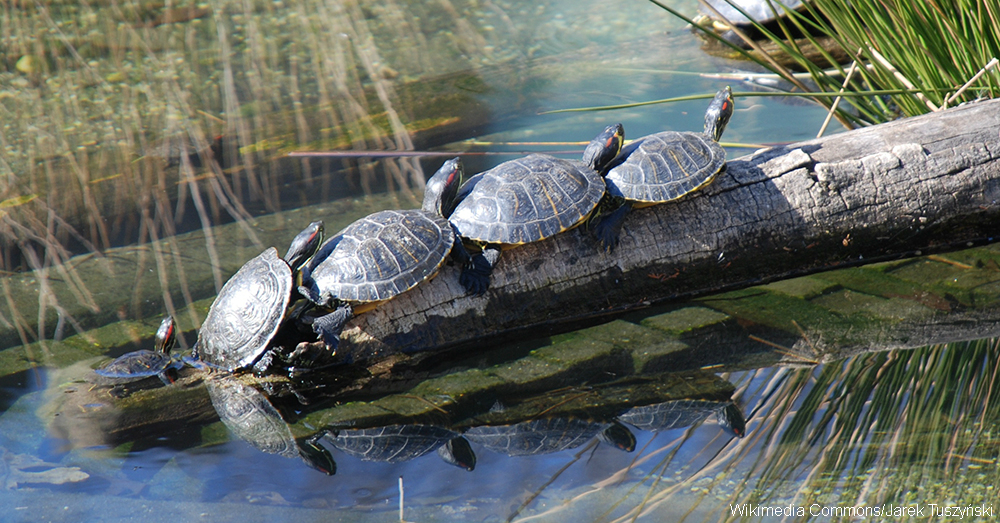 Unfortunately, despite this neat trick, turtles are in trouble. Like a lot of animals that live in the water, pollution and the fishing industry have hit them hard. Scientific American reports that, as of 2014, the white-throated snapping turtle is critically endangered. It needs clean water to pull off cloacal breathing. As the water it lives in becomes polluted, cloacal respiration becomes more difficult, and the turtles need to surface more frequently to get enough oxygen. Surfacing exposes turtles to dangerous predators.

One way to help save turtles around the world is by donating to wildlife organizations. If you want to help turtles like the painted turtle and the white-throated snapping turtle survive, visit the Rainforest Site and donating to campaigns such as the effort to save hawksbill turtles from deadly nets.