The Lord Howe Island stick insect has the kind of story fit for an epic three-hour movie. After living peacefully on an island for millions of years, their population was wiped out, or so the world thought. Rumors of the insect on a nearby mountain of rock in the ocean brought a team of researchers to the island. After discovering that the rumors were true, they returned with two males and two females to bring the insect back from the brink of extinction. 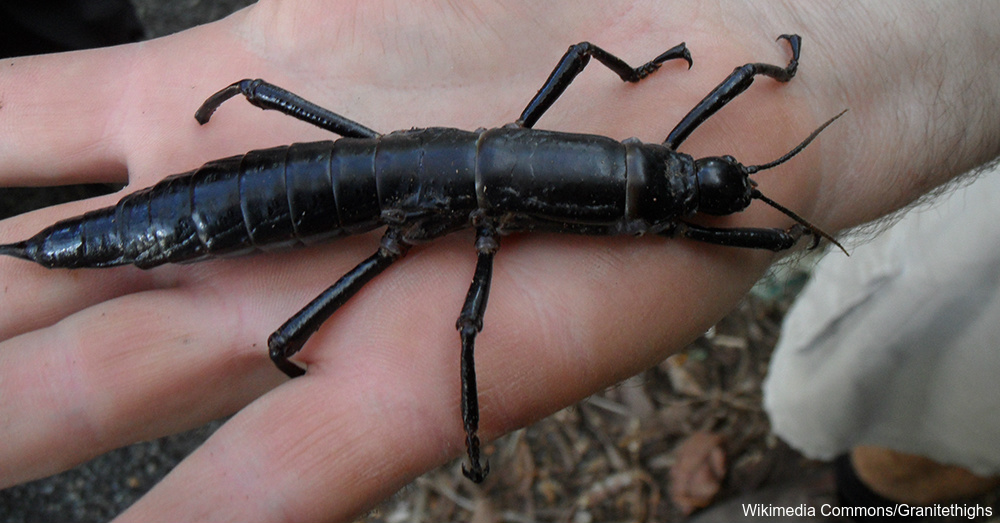 The Australian Government Department of the Environment describes the Lord Howe Island stick insect as large, heavy, and flightless. It got its name from Lord Howe Island, near Australia, where the insect lived for generations.

In 1918, a ship crashed into the island carrying dangerous passengers: rats. The rats rid the island of the insects. What no one realized was that at least one survivor made it to Ball’s Pyramid, an inhospitable rock pyramid about 14 miles away.

How did a flightless insect travel 14 miles over the water? That much is unknown, although it’s possible a female hitched a ride on a bird or a piece of vegetation and then laid eggs after reaching the rocks. According to Discover, researchers visited Ball’s Pyramid in 2001 to check up on rumors from 1964 about the insect living there. One of the pairs that this team brought back went to the Melbourne Zoo, where the female laid a large number of eggs. 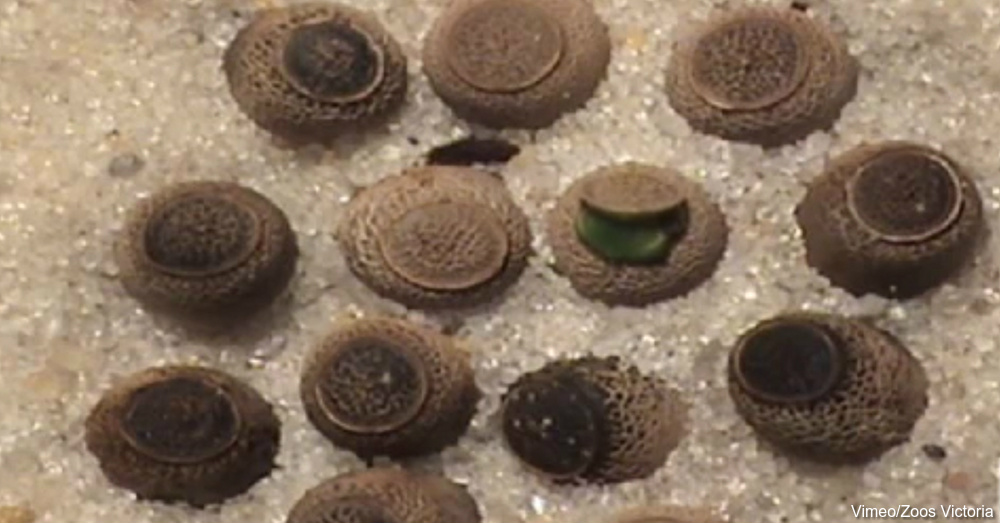 As a form of insurance, the Melbourne Zoo sent 900 eggs to zoos in Bristol, Toronto, and San Diego. The eggs at the San Diego Zoo have hatched and a group of healthy nymphs have emerged. Residents of Lord Howe Island are in the process of getting rid of the rats, so the insect can return to its former home.

Melbourne has also seen successful hatchlings, and it appears these babies are doing just fine.