While awaiting development into tadpoles, the embryos in clusters of red-eyed tree frog eggs face many perils, including snakes, wasps, and flooding. However, they are not as defenseless as they look. The embryos have the ability to sense danger and respond by causing themselves to speed-hatch. A 2016 study by researchers at Boston University shows how the tiny embryos manage to accomplish this extraordinary feat.

When a female red-eyed tree frog is ready to lay her eggs, she carries a male on her back until she finds a suitable location under a leaf above water. After she lays the sticky cluster of eggs, the male fertilizes them, and the parents leave the embryos on their own to hatch and drop into the water as tadpoles. 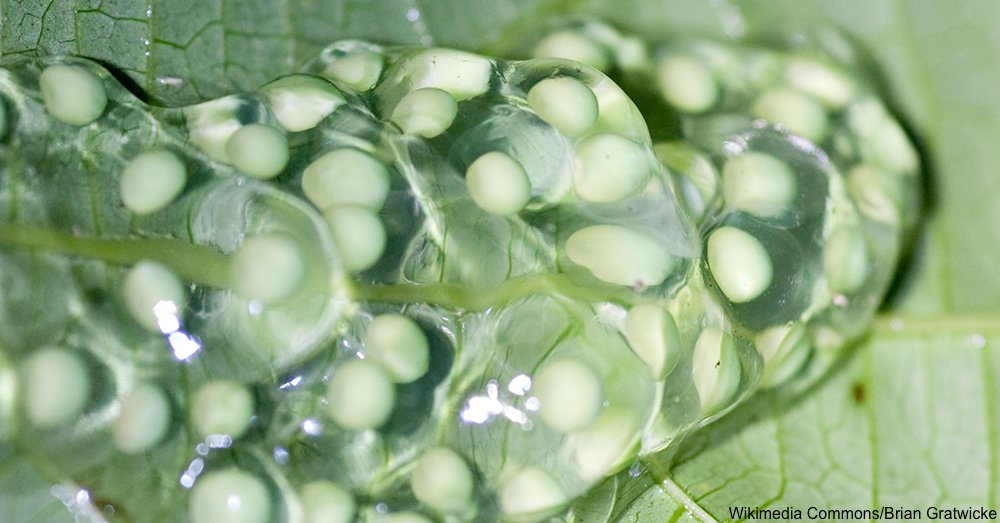 Normally, the development and hatching takes about six or seven days. However, if the embryos sense danger by feeling unusual vibrations, they can force themselves to hatch after only four days of development. They can tell the difference between harmless disturbances such as raindrops and lethal intrusions such as predators. 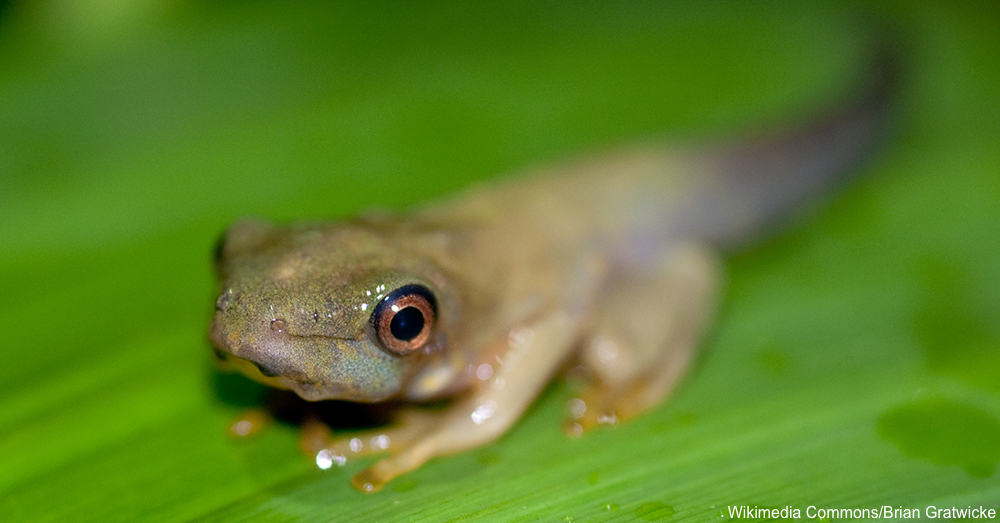 Researchers spent painstaking hours capturing images of the heads of embryos with a scanning electron microscope to find out what makes this ability possible. The secret is in the snouts. As part of the normal hatching process, the embryos release enzymes that weaken the egg membrane over time, enabling them to drop out when they are fully developed. Researchers discovered that the hatching glands that release the enzymes are located in the snouts of red-eyed tree frog embryos, and if they feel threatened, they can release all the enzymes at once in a concentrated form, creating an opening for escape within six seconds. Once the embryos are free, they drop into the water and begin their new lives as tadpoles.

People normally think of the embryo phase as passive, but this ability to speed-hatch is an amazing early survival mechanism. Watch this video to learn about the mind-boggling means of survival another frog species employs.