The addax is a North African antelope uniquely adapted to life in the desert. However, the species is not able to stand up to the encroachments of humans. A recent extensive survey undertaken by the International Union for the Conservation of Nature and other related organizations located only three addax antelopes left in the wild.

The IUCN has shared a number of recommendations to ensure the survival of the species.The addax has a sand-colored or white coat and long horns with spiral twists. It has wide hooves like snowshoes, making it easier to roam on desert sands. It inhabits deserts and scrublands and is able to survive in areas without water, as it gets most of its moisture from the vegetation it eats. 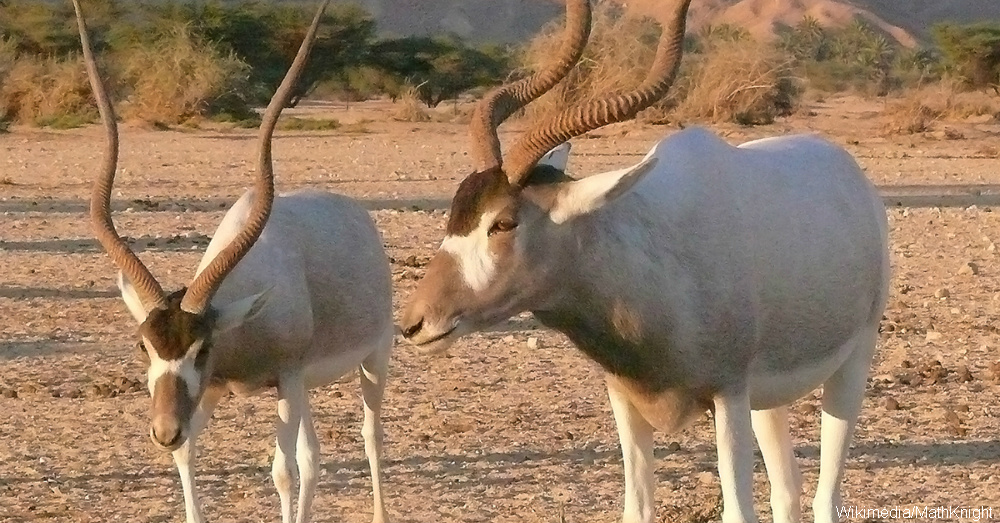 Once groups of addax spread from the western Sahara to Egypt, but in recent decades its range has been restricted to southern Libya, northeastern Niger, and parts of Chad, Mali, and Mauritania. Poachers with modern weapons and habitat loss due to desert oil exploration have made massive inroads on the population. In 2010, initial surveys counted about 200 addax antelopes left in the wild. Following the demise of Libya’s government in 2011, many more animals were killed. Since then, due in large part to poaching by military personnel guarding facilities of the China National Petroleum Corporation, the number of addax has dwindled to three. The IUCN is doubtful that there are more, as the latest survey involved extensive combing of habitat by air with ultra-high resolution cameras and infrared capture as well as a meticulous search of over 700 kilometers by a ground team. 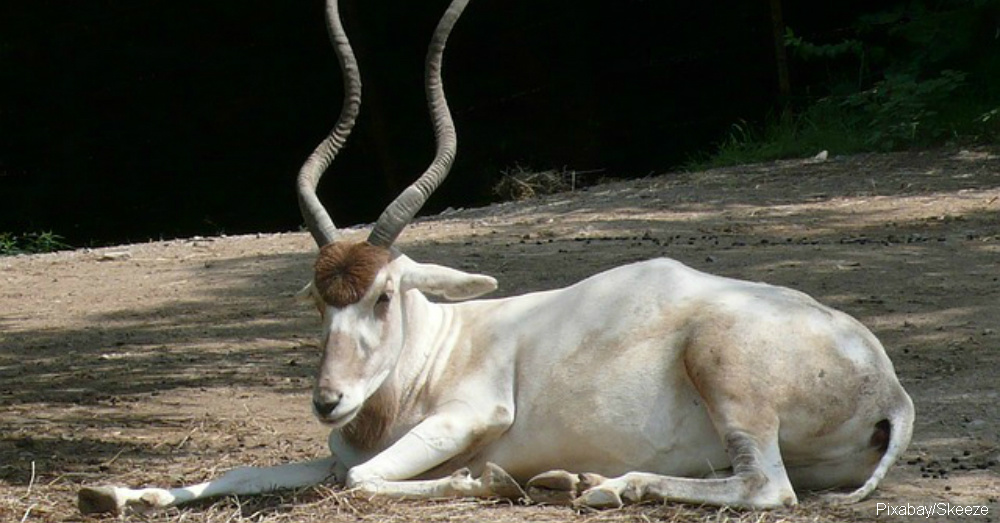 According to the IUCN, saving the addax from extinction involves a concerted effort of conservation organizations, national environment ministries, and commercial business interests to curtail poaching and reduce the impact of oil industry activities on addax habitats. A few thousand also survive in captivity, and experts are hopeful that they can eventually reintroduce captive-bred addax antelopes to the wild.Saving a species on the edge of extinction is an extremely difficult undertaking.

Read this article on a setback that conservationists face while trying to save another endangered species of antelope.