More than a mile off the shore of Pompano Beach, Florida, undersea creatures and recreational scuba divers alike received a gift in late July 2016. That’s when crews intentionally sank a tanker ship called Lady Luck to create the newest attraction to the area. 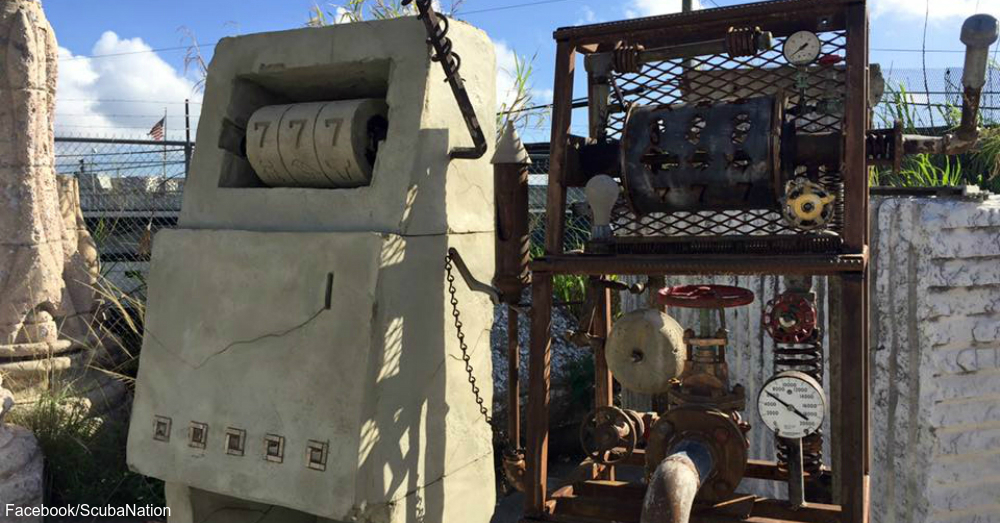 The old ship, built in 1967, once belonged to the City of New York as a sludge tanker. Isle Casino and the City of Pompano Beach each invested equal portions of $312,000 to buy and tow the boat to Florida after New York retired the ship from regular service. Casino and city leaders searched for more than a decade to find the perfect ship for the project. The ship serves as an artificial reef for sea stars, fish, coral and sharks to find shelter. The massive tanker also beckons scuba divers to explore the wreck.

As crews prepared to scuttle the Lady Luck, artisans were working on special underwater artwork to place on strategic locations throughout the boat. Dennis MacDonald designed several sculptures, including a mermaid, gigantic swim-through dice and three larger-than-life stylized shark statues as part of an interactive art exhibit with a casino theme within Shipwreck Park. Officials hope the dive site attracts 35,000 people per year as one of the most accessible shipwreck dives in the United States. 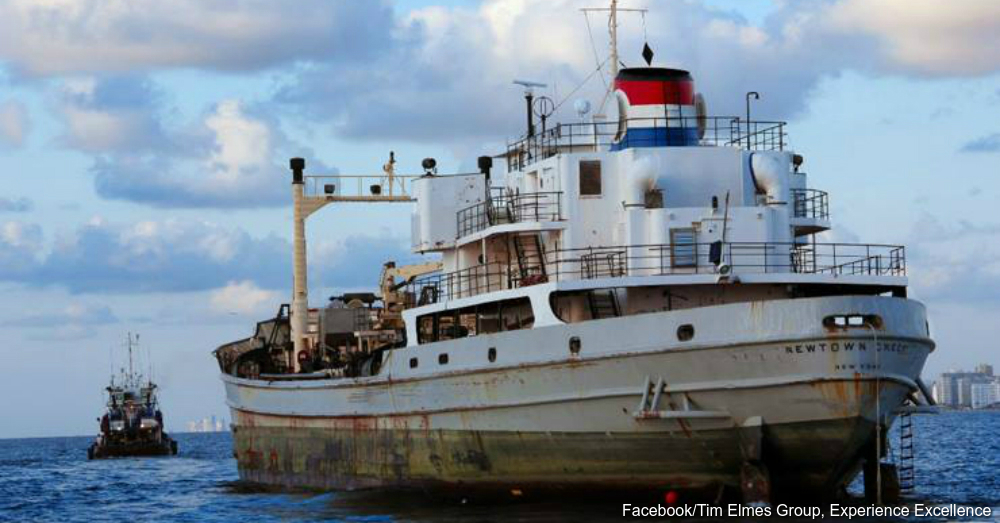 Experts sank the Lady Luck after several hours as water was added gradually to the ship’s decks. The process took two hours longer than expected, and a team of 12 divers went down to examine the wreck after it sank. The Lady Luck landed upright and everything was intact. The ship is the centerpiece of Shipwreck Park, an area with 16 shipwrecks that draws undersea life and scuba divers. When fish and other ocean creatures call the Lady Luck home, the artificial reef truly becomes a local treasure in which residents can take pride.

This artificial reef is just one way people can help preserve ocean life. Check out this reef system and find out what people are doing to save a small part of the ocean in other parts of the world thanks to artificial reefs.