Because of the webbing between their toes and their near-exclusive diet of aquatic seals, polar bears are considered to be marine mammals, but they depend on pack ice over the sea from which to launch their hunting forays. A new study published in the April 2016 issue of Ecography shows that as climate change shrinks the sea ice, polar bears are forced to swim for longer and longer distances to find suitable ice. Researchers are concerned the habitat loss may not only cause a decline in polar bear population, but also eventual extinction. 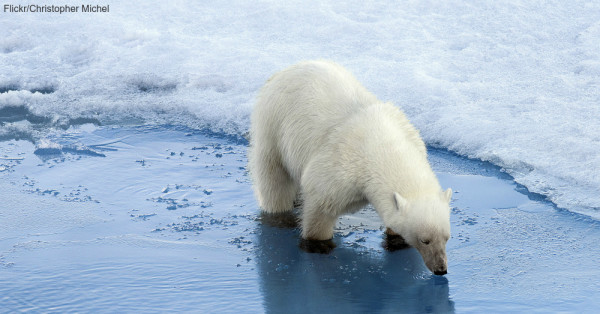 Researchers from Environment and Climate Change Canada and the University of Alberta have been using telemetry from GPS transmitters in collars to track polar bear migration for years. Because the necks of adult males are too thick to hold collars, scientists attach collars to subadult and adult females in Hudson Bay and the Beaufort Sea. In 2004, only 25 percent of the tagged bears were forced to make long distance swims of 31 miles or more, but by 2012, the amount had increased to 69 percent. A female bear swam the longest distance yet documented in 2009, spending nine days traveling about 250 miles in the water. 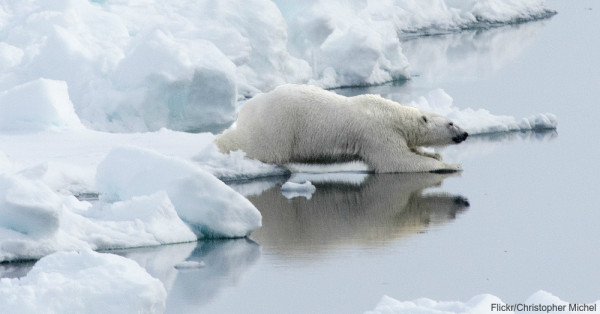 The long swims take a toll on the health of the bears. They lose weight, and their cubs often get hypothermia and drown. Sometimes rather than risk swimming long distances, polar bears spend summers on the shore, where they may not even be able to find food. Observers note that bears in some areas are skinnier than they used to be and have fewer cubs. To survive, polar bears may have to change their predatory habits and learn to hunt on land. 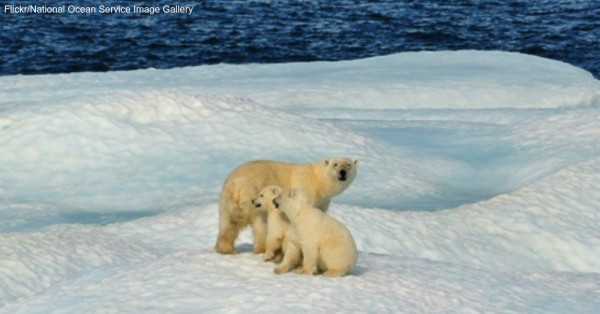 Because of the peril to their habitats, in 2008, polar bears were the first vertebrate species listed as in danger of extinction due to global warming in the U.S. Endangered Species Act.