Insect expert George Beccaloni, of the Natural History Museum in London, was on his honeymoon in Thailand in 2001. He was always on the lookout for bugs, so he happened to turn a large, flat rock over to see what he could find in the tropical country. Beccaloni’s honeymoon turned serendipitous when he helped discover a species of centipede never before identified by scientists. Even better, this species has unique traits not found in other giant invertebrates of its kind. 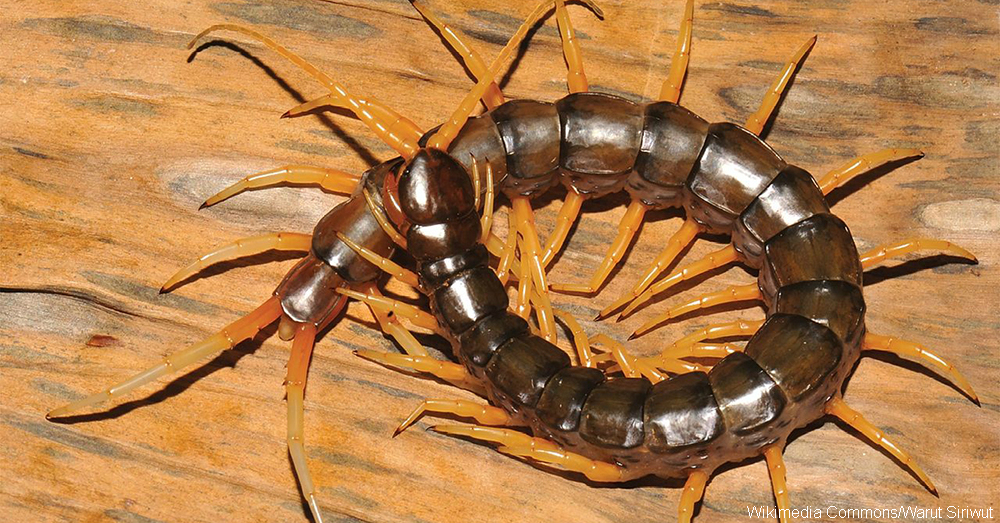 Scolopendra cataracta, from a family of giant centipedes, is the world’s only known aquatic version of the multi-legged insect. This giant can grow up to 8 inches long, or longer than a human hand, and its dark green and brown coloring lets it blend into surrounding ground cover and muddy water. The bug’s long legs allow it to swim really well, but it can also scamper around on the ground very quickly.

The bite of this centipede is venomous, similar to every other centipede, and the poison can send agonizing pain up a human’s hand or leg. The venom can kill any small prey the centipede hunts, and then the insect starts to gnaw on its meal thanks to six teeth on the lower jaw. Nocturnal hunting is the usual method, which isn’t unusual for bugs; however, scientists had never seen centipedes swimming in water before Beccaloni’s discovery.

The scientist noted his find’s unusual behavior when he discovered the insect in Thailand. After turning over the rock, the creature ran towards a nearby stream as opposed to going into the woods like other centipedes. The entomologist then found the invertebrate hiding under another rock, this time next to the stream, before he finally captured it in a jar. 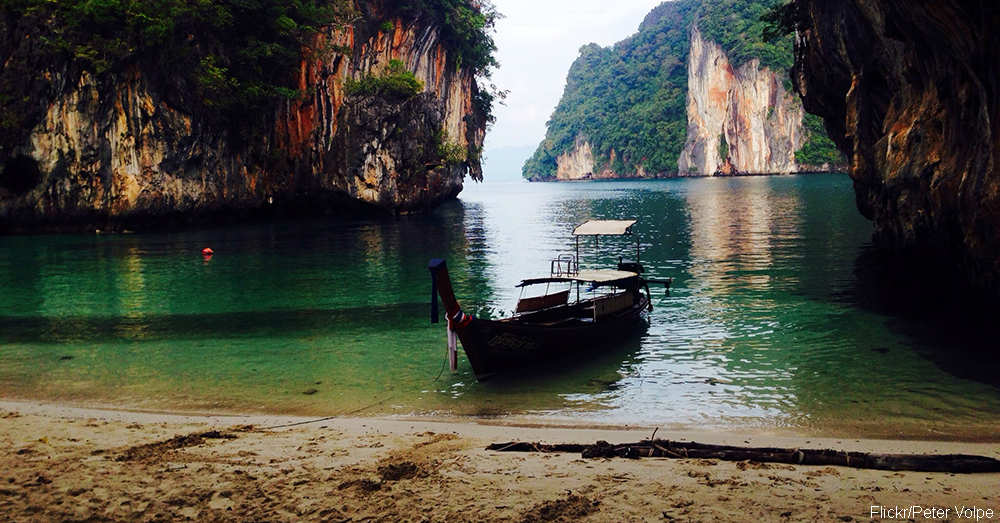 The centipede began swimming in the water Beccaloni put in the jar. The movements mimicked that of an eel. Removing the centipede from the water, he discovered that the skin of the creature repelled water. Intrigued by this unusual specimen, he did more research. It turns out someone found one of these centipedes in Vietnam in 1928, and scientists discovered two centipedes of the same type in Laos around the same time Beccaloni made his find in Thailand. S. cataracta is one of 99 types of giant centipedes identified by experts.

This giant centipede is truly a sight to behold due to its unusual body and behavior. Explore facts about more strange creatures on our planet that live on an island off the east coast of Africa.