Humans frequently hear stories of mammals that adopt and care for other species as members of the same family. Dogs may take care of abandoned kittens, and dolphins in a pod step up to raise orphaned young. Among these very social animals, care-giving is a group effort. The territorial American red squirrel was long believed to not practice adoption, but a Canadian study has provided evidence challenging the assumption. 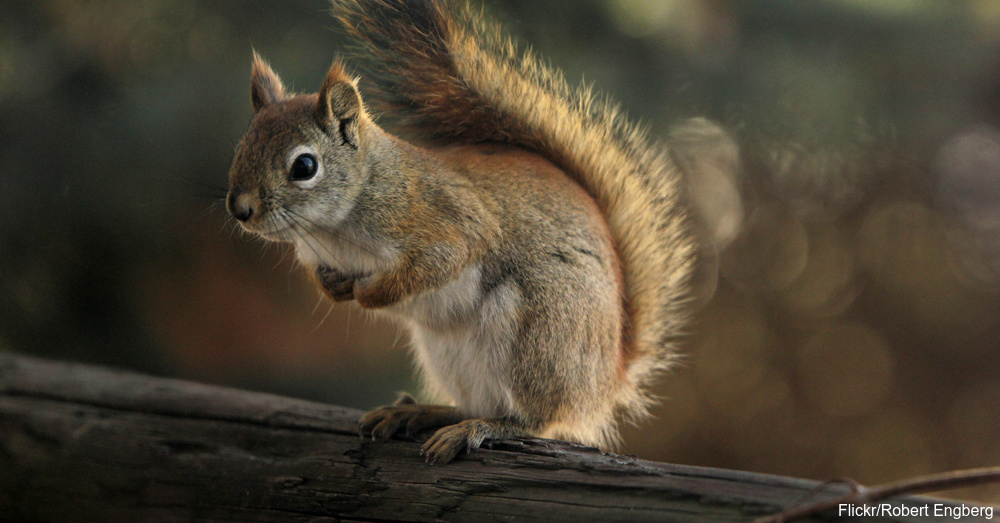 American red squirrels aren't very social animals. In fact, these small mammals prefer to live alone until the mother gives birth to a litter. She cares for them for about 18 weeks before moving on to new territory while leaving her young to fend for themselves. Researchers out of the University of Guelph and the University of Alberta show that, in rare cases, red squirrels may adopt orphaned cubs. However, this only happens with the mom's nieces, nephews, siblings or grandchildren as opposed to unrelated squirrels.

Scientists cite several reasons for this squirrel's adoption criteria. Adoptions always occur among close kin, while orphaned squirrels without nearby kin were not adopted. Researchers theorize the mother determines the babies are close relatives by listening to the chattering and calls of squirrels in nearby trees. If she recognizes the vocalizations, she carries the adoptees to her nest. 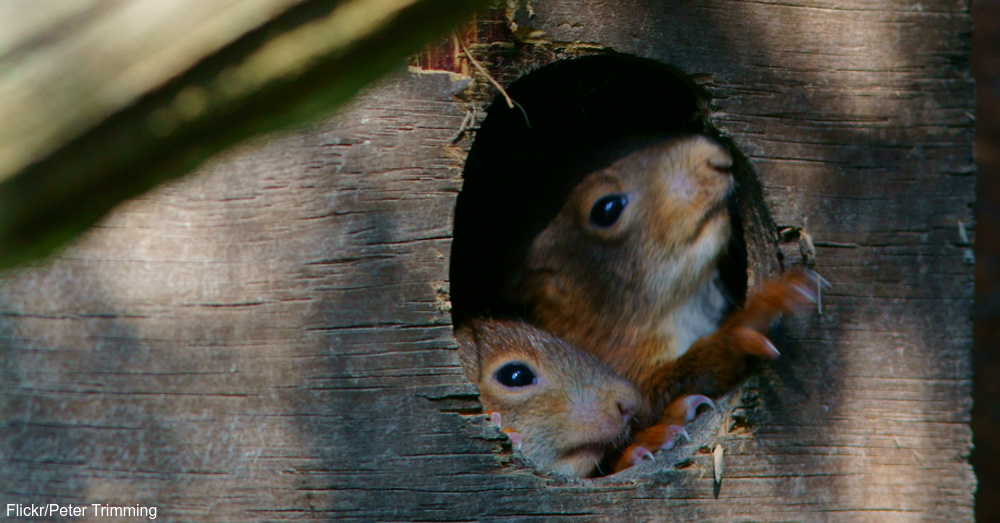 The University of Alberta monitored a population of red squirrels in Yukon Territory for 20 years before coming to these conclusions. Researchers examined 2,230 litters and 7,000 individual squirrels and found just five instances of adopted squirrels. In most of those instances, the adoptive mother picked one baby out of the litter to take care of, typically because she already had her own litter back in the nest. Having more mouths to feed may prove detrimental to raising her own young.

This research is important because it seems to create an exception to the survival of the fittest for solitary animals such as squirrels. The red squirrel illustrates one example of how species survive over thousands of years, but sometimes habitats and circumstances change too rapidly and some animals can't adapt quickly enough without outside intervention.

Read more about the survival and revival of Delmarva Peninsula squirrels, a species brought back from the brink of extinction through conservation efforts.