About 1,500 species of sea stars live in diverse ecosystems around the world, so when mass die-offs started occurring among them, scientists began racing to find an answer. They discovered that warmer ocean temperatures play an important role in the widespread deaths of these creatures.

Researchers have documented large numbers of starfish deaths along the Pacific Coast for several years, but the die-off reached an unprecedented scale in 2014, with upwards of 90 percent of some populations disappearing. Starfish from Mexico to Alaska all seemed to be dying of a mysterious wasting disease that caused their bodies to fall apart. 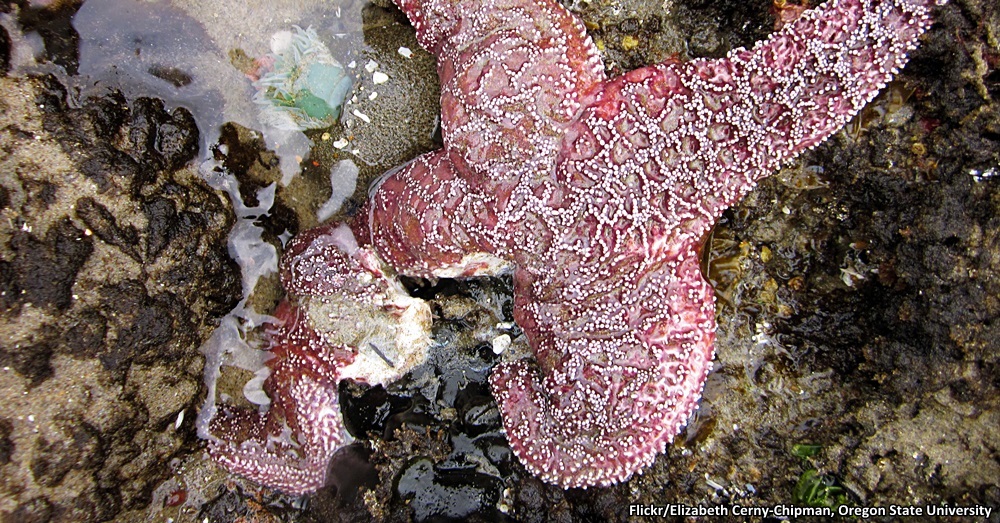 Scientists isolated a virus that appeared to be the culprit, but further research showed that the virus alone was not enough to explain these deaths, as the virus was also detected in preserved specimens from before the die-off.

Temperature logs provided a valuable clue: the years with the greatest population losses also generally had the highest ocean temperatures. Researchers tested the idea by putting sick starfish in tanks of varying temperatures. They noted that the starfish in the warmer tanks died much more quickly than those in cooler tanks, confirming that warmer temperatures hasten the progression of the disease. Warmer ocean temperatures have also been linked to the spread of serious diseases in other key marine species, including sea cucumbers, corals, lobster, and sea turtles.

Sea star wasting disease has serious implications for the health of marine ecosystem. Starfish are a widespread “keystone” species that plays a vital role in the food chain. By keeping some species in check — such as barnacles, snails, and mussels — starfish help balance the species in their habitat, increasing diversity and helping the ecosystem thrive. The health of those very ecosystems hang in the balance now that so many starfish have been destroyed by warm waters and disease.

However, there is hope that sea stars are beginning to adapt. Populations of many species remain small, but researchers are finding a few healthy specimens. Some seem to have shed and regrown arms, which may have helped in their survival. 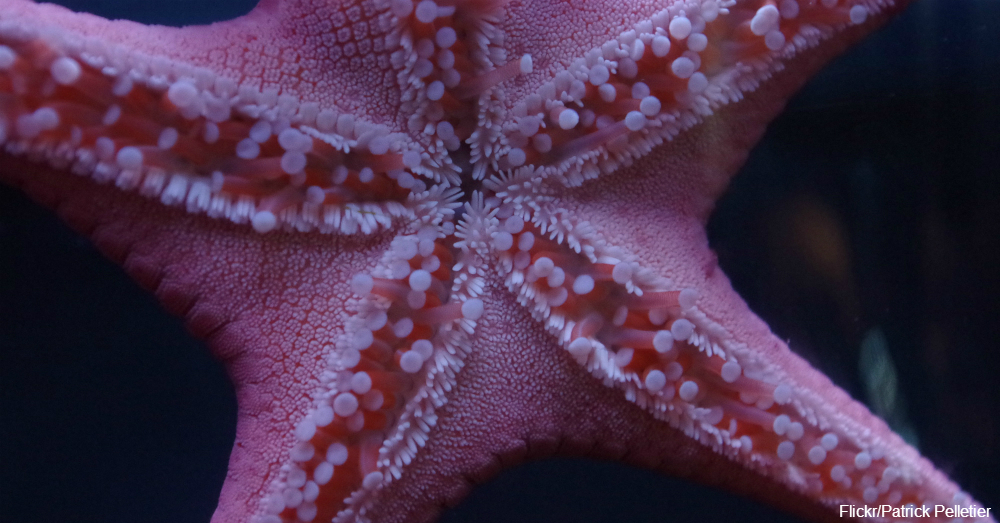 Smaller starfish also seem to have an increased rate of survival, though scientists haven’t yet determined why. Nonetheless, the ramifications of what may be the largest marine epidemic ever recorded remain to be seen, and where once they were plentiful, starfish have become an elusive sight.

Although the future of our starfish populations remain uncertain, there is hope that some may yet survive and begin to build anew. A growing effort to fight climate change may someday help ensure their survival. To learn more about sea star wasting disease and the affected areas, watch this video.