Sea cucumbers serve important functions in ocean ecosystems, and they may even contain a certain class of chemicals that fight cancer. However, Hawaii instituted an unprecedented ban on harvesting sea cucumbers after several key species faced critical depletion along coral reefs around the islands. A mass harvest occurred due to the value of sea cucumbers as a delicacy in Asian nations, and one company wanted to turn a profit. Hawaii faces an emergency situation, and sea cucumbers face threats of overharvesting around the world. 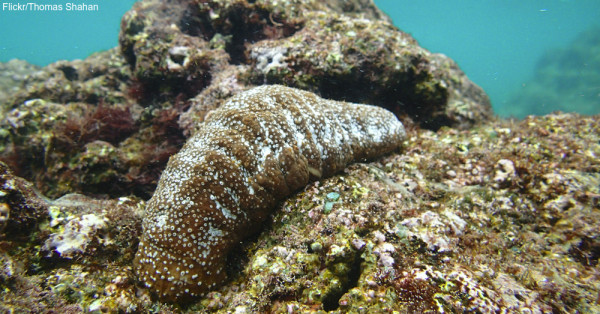 The Hawaii Department of Land and Natural Resources investigated a commercial fishing operation that took sea cucumbers off the coasts of Oahu and Maui. The mass harvest threatened to deplete several species in the coral reef ecosystem. Hawaii has no rules or regulations on harvesting these animals, so the state asked for an emergency action to prohibit sea cucumber harvest for 120 days, starting in June 2015. These slimy creatures, despite some disgusting biological attributes, serve a very important role in coastal ecosystems.

If sea cucumber numbers continue to decline worldwide due to too much harvesting, ocean ecosystems may have a huge hole in the food chain. Sea cucumbers filter out organic matter from the ocean and clean the water, much in the same way earthworms digest organic matter underground. Sea cucumbers also eat microscopic bacteria, so these animals may help prevent disease transmission to other animals, says the National Ocean Service. 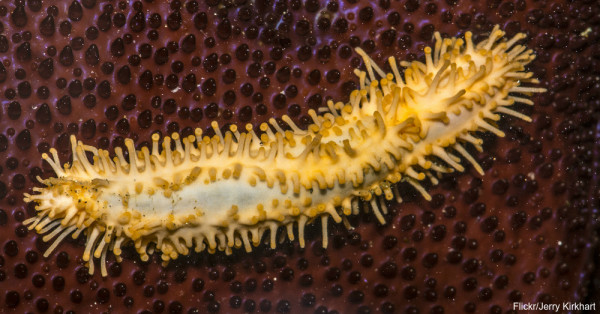 In terms of medicinal value, a chemical found in sea cucumbers shows promise as a way to fight cancer. PLOS One states low concentrations of Frondoside A, a compound found in Atlantic sea cucumbers, may inhibit the growth of breast, pancreatic and leukemia cancer cells. Scientists have investigated this chemical's use in the fight against lung cancer as well. Therefore, humans should try to conserve these creatures as much as possible instead of voraciously eating them.