Rosie, The Osprey, Is Not Impressed When Her Husband Brings Back A Baseball Hat As A Gift

Fellas, if you’re going to bring something home, make sure it’s been cleared by the rest of the household.

At least, that was the lesson learned by Richmond, a male osprey nesting in the San Francisco Bay area. He thought he’d found the perfect gift for his mate when he stumbled across a tattered, old baseball cap. Richmond just had to bring it back home — the couple didn’t have a baseball hat around the nest and he seemed certain his avian partner, Rosie, would welcome the gift. What could possibly go wrong? 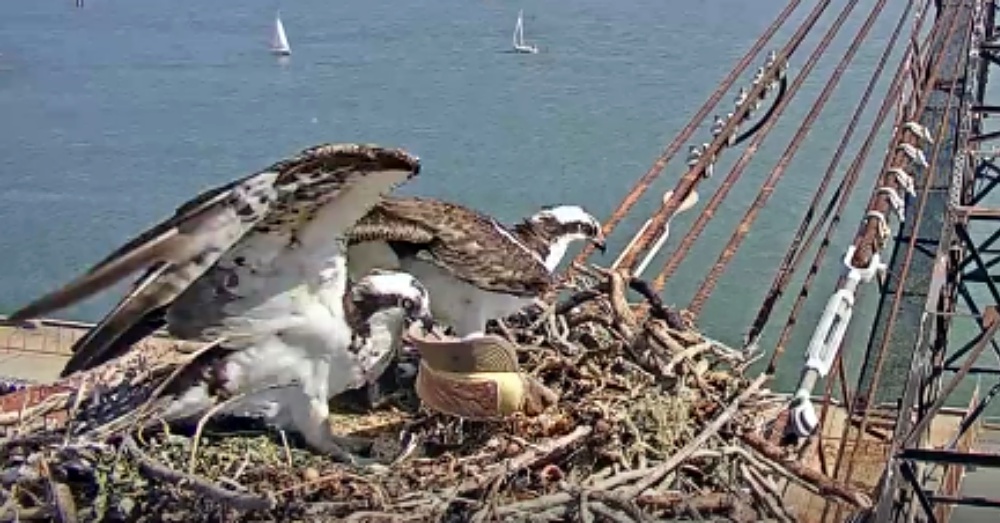 Well as it turned out, Rosie had other ideas, as she didn’t seem too thrilled with her husband’s gift. After watching Richmond’s futile attempts at gaining her acceptance, Rosie knew exactly what she was going to do with the shabby hat: she plucked the offending object out of his grasp and soared across the bay to deposit it in the ocean. 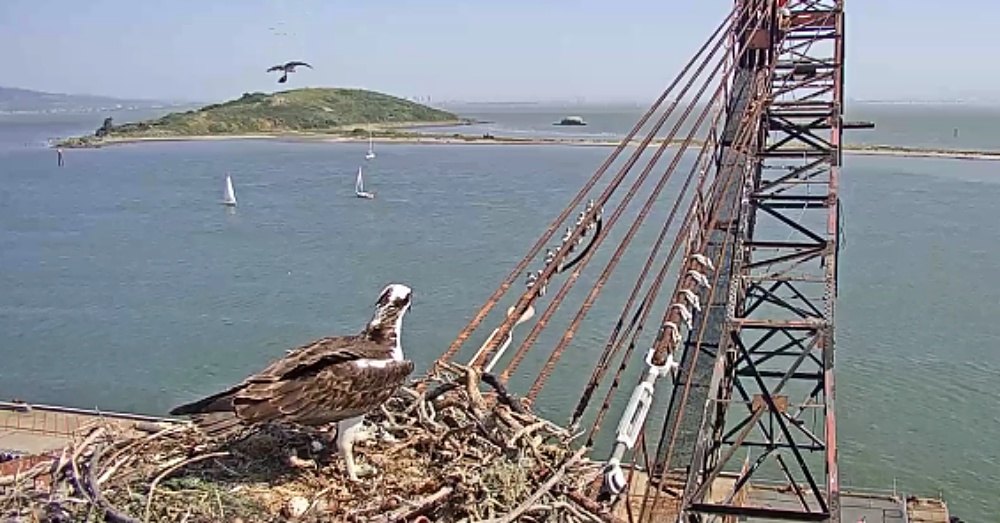 Rosie and Richmond, known as the Whirley Crane osprey pair, built their nest on the historic Whirley Crane at the water’s edge in Richmond, California. The pair became internet stars when the Golden Gate Audobon Society installed live-stream cameras at the ospreys’ nesting spot last spring. Ever since, the two raptors have been delighting their webcam followers with their daily antics. Prior to 1990, there were no records of ospreys nesting in that part of the bay area. Their numbers have risen significantly in the past several years, and there are now roughly over 40 breeding pairs along the bay. 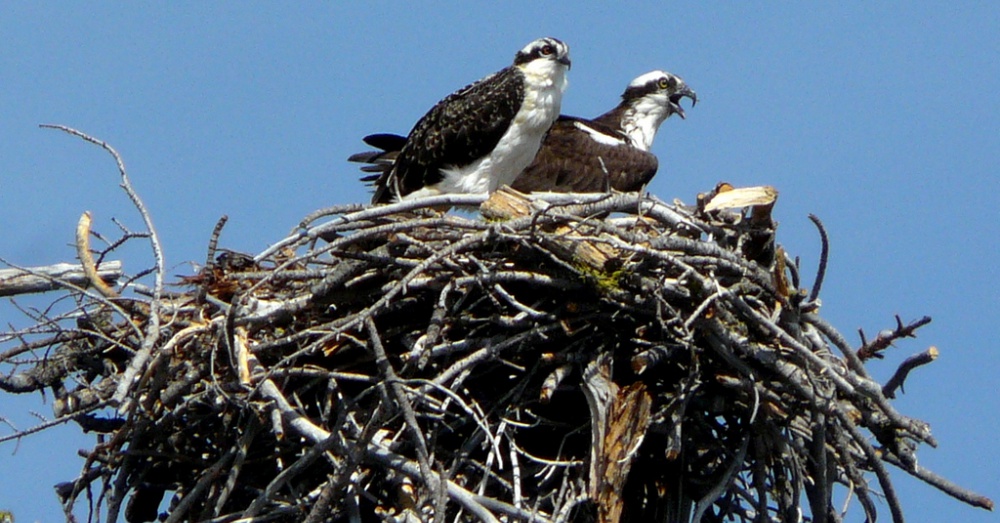 Ospreys are generally monogamous and will usually mate for life. After they’ve set up home in their first year together and established their territory, they tend to return to the same spot each year to add to their nest. Over the years, these nests can become enormous, measuring up to 13 feet deep and 6 feet in diameter. Sometimes known as “sea hawks,” ospreys live primarily on a diet of fresh fish. After mating, the female osprey is almost entirely dependent upon the male for food, from their early courtship days until their youngsters fledge.

This pair’s nest was already well-established and eggs were laid, so it’s unclear why poor Richmond wanted to bring something new and fancy to the nest. Maybe he thought the hat made a useful alternative to the moss or seaweed they usually collect to line their nest. Rosie clearly disagreed, and her feelings were strong enough that she left her eggs to ensure the hat was well and truly out of her life. It clearly wasn’t her style.

See the hilarious video in its entirety below. You won’t regret it!