Scaling walls with speed and grace is no easy task. Rock climbers use rope, carabiners, and harnesses. High-rise window washers use roof rigs, descenders, and bungee cords. A gecko uses himself. Instead of fancy equipment, he relies on his heavily-covered adhesive body to perform such tricks. For any human interested in replicating the gecko's penchant for wall climbing without specialized equipment, scientists have bad news: An adult human would need adhesives over 80 percent of her front side to replicate this skill.Long the subject of many rock climbers' envy, geckos have seemingly defied the laws of physics with their ability to stick to any surface and quickly climb. Now, after examining 225 animal species, scientists at the University of Cambridge have unveiled a better understanding of why these small creatures can outdo even the most stunning fictional humans: scaling limitations as animal body size enlarges. 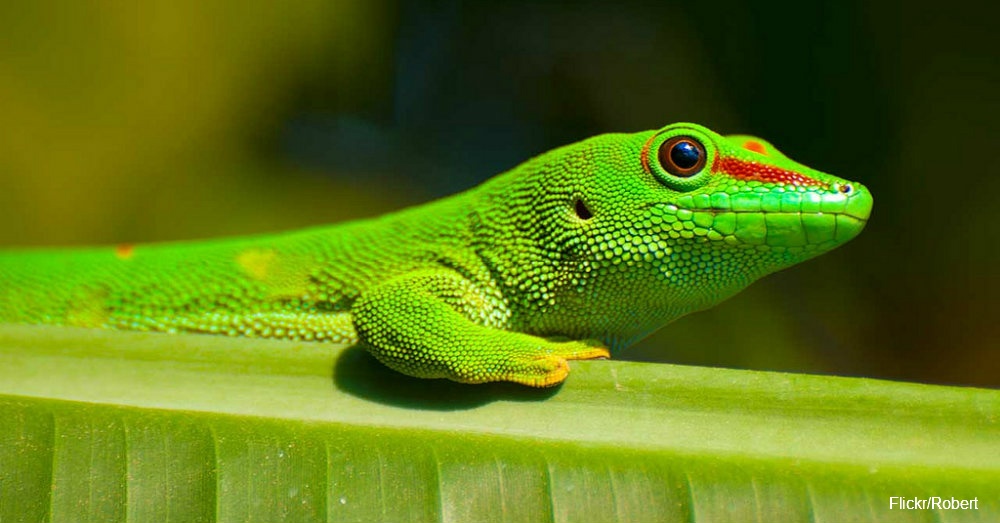 While a gray whale is undeniably large, it also has tremendous weight. Elephants — and humans — follow the same pattern with a high weight-to-size proportion. On the contrary, animals such as geckos and ants have a relatively large surface area and yet maintain minimal weight. It is this difference that makes geckos more superhero-like than actual humans. 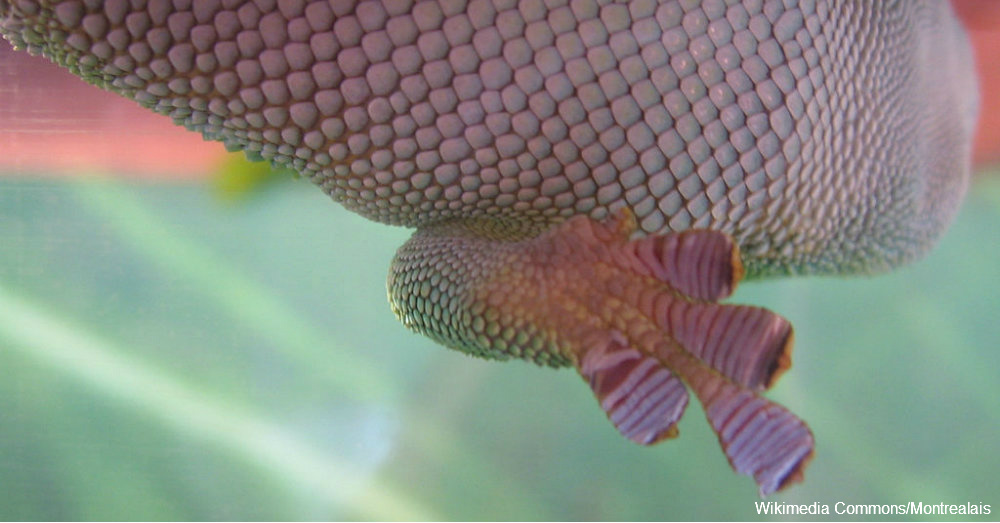 In order to scale walls, larger and heavier animals need more adhesive covering. However, there simply isn't ample surface area to contain enough stickiness. In fact, a human would need feet that are approximately 3 feet long and over a foot wide to accomplish this feat. 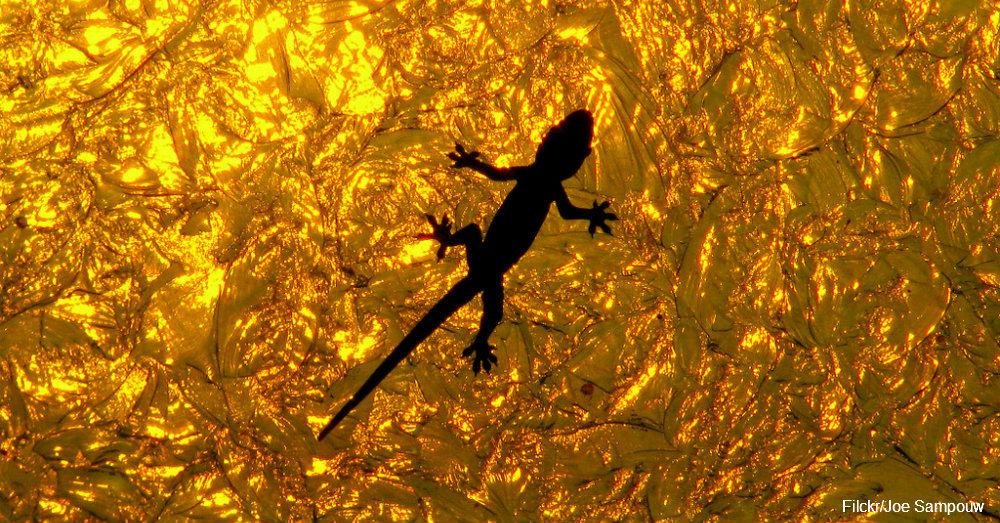 Among climbing animals, biologist Christofe Clemente and his colleagues revealed, the percentage of body surface covered in sticky footpads increased as the animal's weight increased. Geckos, the largest wall-climbing creature, have 4.3 percent of their surface area covered in adhesive footpads. By comparison, a mere 0.02 percent of a mite's body is comprised of adhesive pads, and about 0.92 percent of a spider's body needs to be adhesive for it to stick to a surface.Lest you dismiss geckos as being mere wall climbers, consider this: Geckos have phenomenal eyesight and are vital to the ecosystem's insect population control. Take a moment and learn more about how these critters possess many other astounding qualities.