You Won’t Believe The Things These Giant “Robber Crabs” Steal

In the South Pacific, a crusty old robber is protected by law on military installations. Nicknamed “robber crabs” on Guam, these long-lived crustaceans grow large enough to climb into homes and steal silverware. Robber crabs are also known by the less provocative name “coconut crab.” They can climb up to 20 feet in palm trees, grab coconuts, and split them with their powerful claws to get at the delicious milk and meat waiting inside. 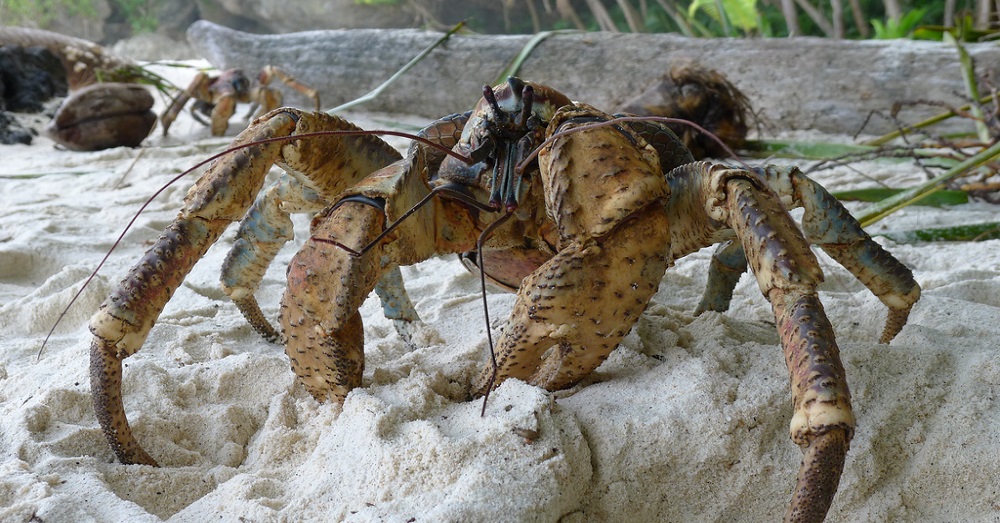 If you’re on a tropical vacation and find your knives, forks, and shoes missing, look around for robber crabs out on a mission of taking anything not nailed down. With a leg span of three feet and weighing around nine pounds, these husky creatures can really hustle the goods. Historically, they stole from Marines who left things lying around in the jungle trenches of World War II. Today they are known to break into garbage cans, open windows, and steal anything that smells of food, including carrion and kittens.

Found widely across the islands of the Indian and Pacific Oceans, their home base is Guam, where they are considered a delicacy. These crabs have been heavily hunted for food and to sell their shells as souvenirs. Consequently, the gigantic specimens of the past are seldom seen in the wild. Although not technically endangered, American armed forces outlawed hunting the crabs on at least two U.S. military installations on Guam, which is now where the highest density of robber crabs can be found. Limited access has kept them safer from collection. 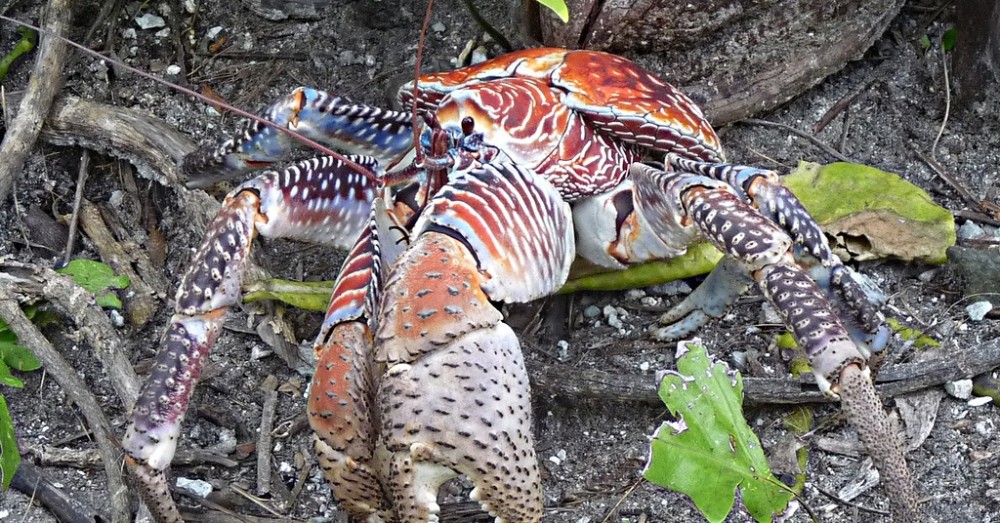 Guam’s coastal zone is the crab’s preferred habitat because females release their eggs near the ocean. The eggs only hatch upon contact with saltwater. As juveniles, they take up protective shells like other hermit crabs, but as they grow, they shed the shell and develop a tough exoskeleton that continues to grow throughout their lives — and they may keep growing for up to 120 years, according to ecologist Michelle Drew of the Max Planck Institute.

Robber crabs rarely live to reach their potential size due to predation, but they are still the largest land arthropods on Earth, and the only ones who will take all your stuff if you let them. Explore more ways to help disappearing animal species at The Rainforest Site.