Illegal Poaching Killed More Than 1,100 Rhinos In 2015 In Just One Country

Although poaching of rhinos went down slightly in South Africa in 2015, the numbers overall have drastically increased since 2008. A whopping 1,175 rhinos were killed in 2015, mostly out of demand for their horns. While that’s a decrease from the 1,215 killed in 2014, it’s still one dead rhino every seven hours on average. Authorities have taken various steps to try to prevent or stop poaching, but since rhino horn is still worth more than gold, it seems there are very few things that can really deter perpetrators from pursuing their criminal activities.

One reason rhinos are poached is that in some versions of traditional Asian medicine, powdered rhino horn is held to be a cure for many diseases, including cancer. Others claim that rhino horn is a magical cure for everything from fever to high blood pressure. Since there is no demand for rhino horn in South Africa itself, all the rhino poaching is destined for foreign markets, with rhino horn being a hot commodity on the black market.

This is what rhinos get poached for!A piece of horn that smells like burnt hair!Worth 65 000 USD per kg…#BootsOnTheGround

Posted by Boots on the Ground onMonday, February 8, 2016

Some have speculated that if sale of rhino horn was legalized, the black market trade might diminish. Rhinos could be dehorned legally and safely by being anesthetized and having their horns sawn off. However, spokespeople for the World Wildlife Foundation are opposed to the idea of legalizing trade in rhino horns, and they were equally concerned when a South African judge allowed the trading of rhino horn in 2015.

Poached rhino horn is worth more than gold. It can command up to $5,500 per ounce in some cases, rivaling the price of cocaine. This high demand and astronomical price makes the continued poaching of rhinos worthwhile for those involved in this condemnable activity. 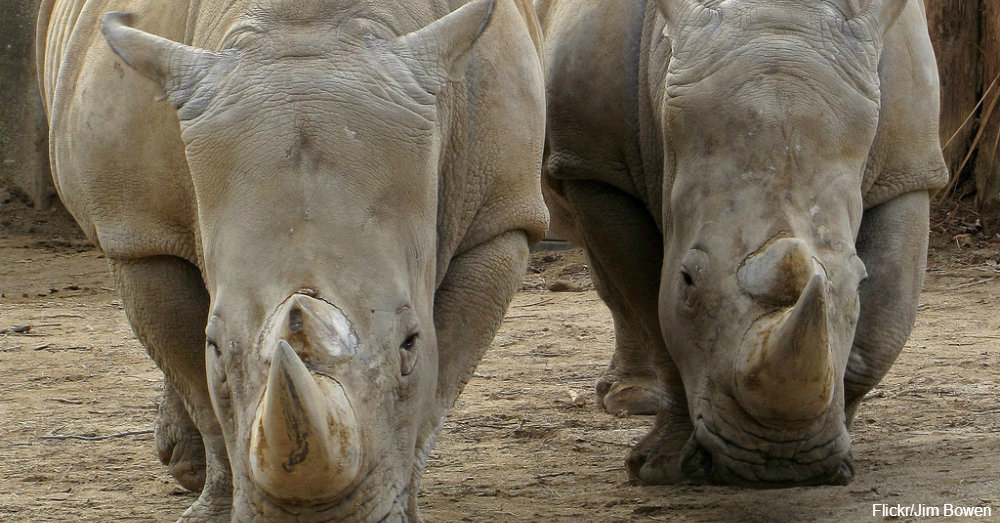 While in the past, most poaching operations were run from outside the country, now they’re more likely to be based inside South Africa itself. Poachers use heavy-caliber firearms to kill the rhinos, and they also carry extra weapons to fight off law enforcement and rangers who might threaten their deadly missions.

Conservationists and the South African government have tried all sorts of tactics to stop the poachers. They have moved rhinos from their homelands to private parks, where they’re kept behind fences. They’ve poisoned the rhinos’ horns or dyed them various colors to make them less attractive to those selling them as medicine. They have even used military tactics, with some anti-poaching groups training up combat forces to fight poachers, and several poachers have been killed as part of these efforts. In addition, almost 400 poachers were arrested in South Africa in 2014. However, despite all of this, the poaching continues. 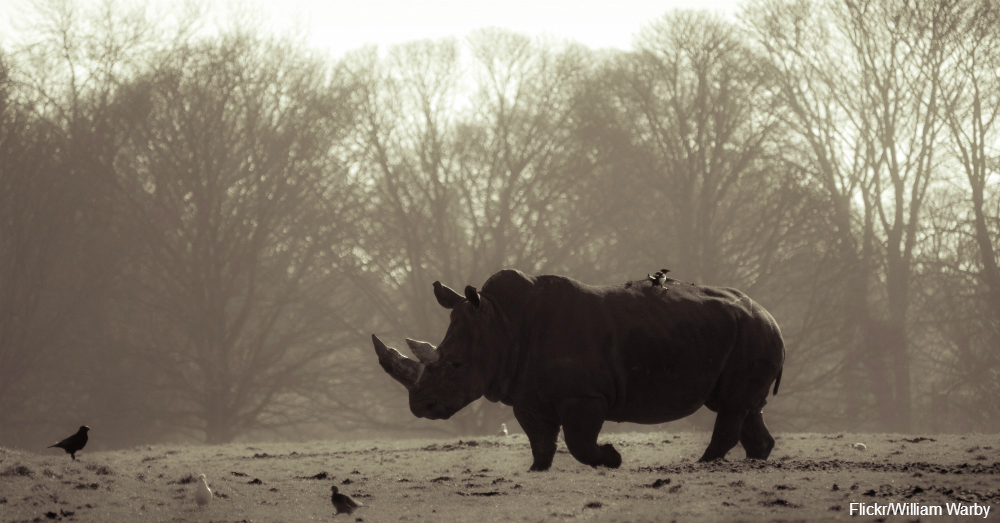 Rangers in South Africa’s Kruger National Park have also begun attaching tracking devices to individual rhinos so they can monitor their movements. The hope is that by keeping track of even a few rhinos, the rangers will be able to monitor the movements of entire herds and be aware immediately if a group of rhinos is in danger. While rhinos are notoriously solitary animals during the day, they do tend to socialize in small groups at night. If the rangers are able to track those groups, they may figure out new ways to protect the rhinos from poachers.

While all rhino species are at risk, the northern white rhinoceros is on the verge of becoming completely extinct. Only one male northern white rhino is left alive, and conservationists very much hope he and the remaining females to save the species. In the meantime, the rhino is surrounded by an armed guard 24/7, and he has been dehorned to try to make the animal less attractive to poachers.

Read here to learn more about the last remaining male white rhino and the extraordinary efforts being made to keep him alive and protect him from poachers.