Kaziranga National Park in Assam, India, is home to the largest population of rare one-horned Indian rhinoceroses in the world, so when torrential rains began flooding vast areas of the park in late July 2016, officials sprang into action. Traveling by boat, wildlife personnel managed to rescue a number of rhino calves from rising waters. 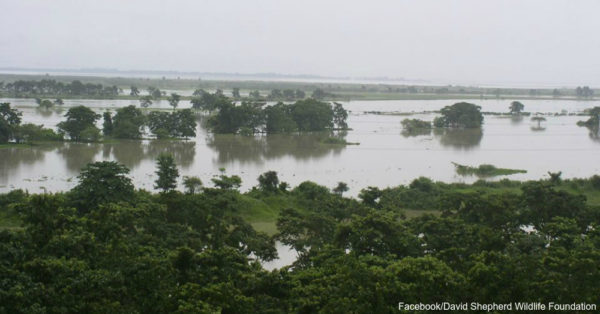 Park officials are caring for the calves at a research and conservation center until the floodwaters sufficiently abate so that they can be returned to the wild. After the heavy rains began, the Brahmaputra River, which borders the park, overflowed its banks in several places. Besides forcing 1.2 million Assamese people out of their homes, the flooding threatened to drown many park animals, among them the endangered rhino calves. Officials rescued two rhino calves on July 26, four more by July 28 and a total of nine by Aug. 2. 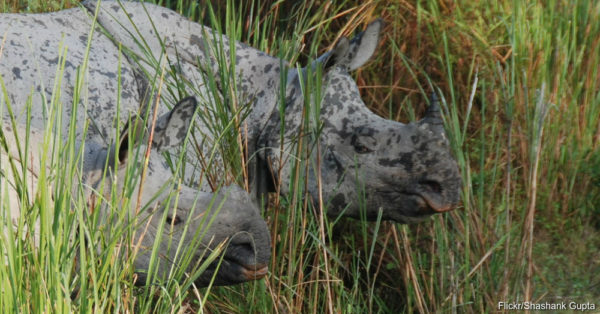 Besides the rhinos, park personnel rescued numerous hog deer, swamp deer, a fishing cat and a python. Many animals died either by drowning or wandering onto highways where vehicles hit them. Officials were concerned that the flooding would force rhinos to wander south of the national park, where they would be more vulnerable to poachers.

By the early 1900s, only about 200 one-horned Indian rhinos remained, their numbers severely depleted by trophy hunters and poachers. Rhino horn fetches a high price on the black market in China, Vietnam and Thailand, where people believe that it has the ability to cure diseases such as cancer and rheumatism. Rigorous conservation efforts have replenished the population. As of July 2016, there are almost 3,500 one-horned Indian rhinos, many of which live in Kaziranga National Park. The effort to save rhinos from poachers and other perils is ongoing. Watch this touching video about a baby rhino that was injured trying to save his mother from poachers.