Automated machines perform various tasks that humans cannot possibly accomplish on their own. One such task involves deep dives into the ocean beyond the reach of scuba divers to observe the behavior of predatory species like great white sharks. This feat is accomplished by the automated underwater vehicle REMUS, which is outfitted with special cameras designed to keep an eye on sharks in their natural habitat. When scientists deployed REMUS in warm waters off the coast of Mexico’s Guadalupe Island in November 2013, the REMUS SharkCam saw some things it did not expect.

Purpose of the REMUS SharkCam Mission

The Woods Hole Oceanographic Institution, or WHOI, deployed REMUS six times over seven days. The overall goal of the mission was to tag great white sharks with special acoustic tags and observe them. The autonomous vehicle, which was not tethered to the surface, could then follow any sharks as it honed in on the tags. 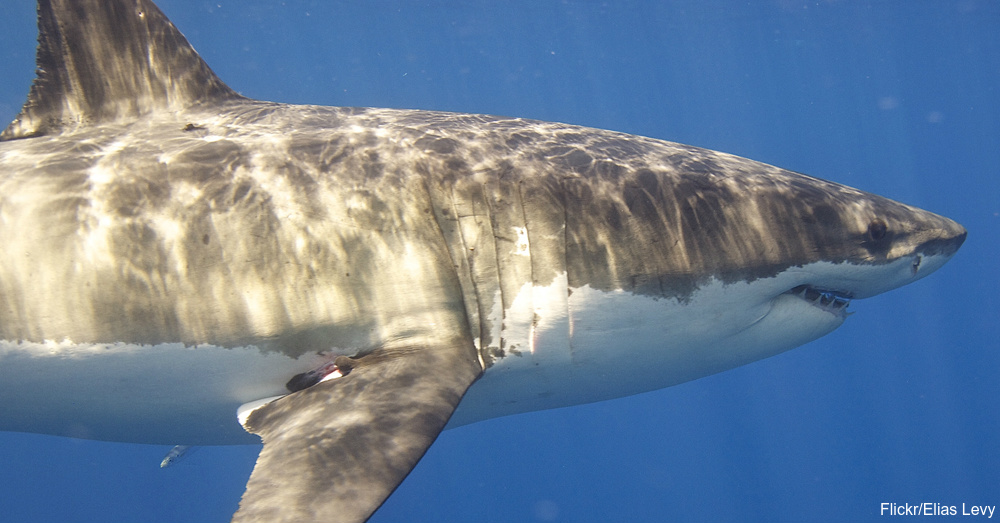 Experts tagged four great whites, obtained 13 hours of footage and observed predation behavior in sharks never before witnessed by humans. The largest shark REMUS saw was a 21-foot female great white known as Deep Blue at about 330 feet below the surface of the water. The sleek profile and high-tech equipment of the submersible allowed it to keep up with the sharks.

The torpedo-shaped submarine is approximately 80 inches long, weighs 100 pounds, and travels at a maximum cruising speed of 5 knots, or 5.8 mph. The entire device is just 7 1/2 inches in diameter. Five cameras mount behind the front dome of REMUS, and one has views of the rear of the vehicle. A GPS system helps REMUS navigate, and the submarine communicates with the surface every 10-20 seconds to receive any mission commands. 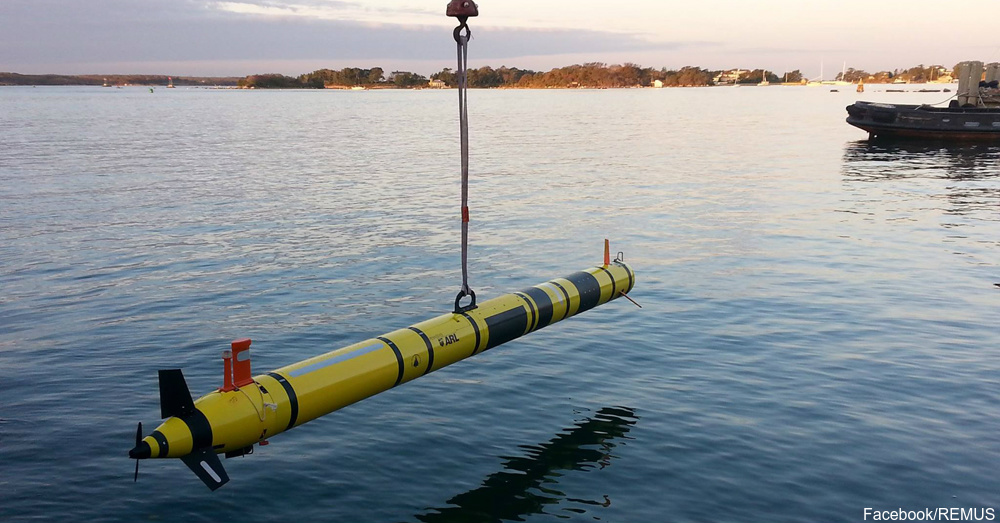 The submersible doesn’t just look cool. It has sensors that measure ocean temperature and salinity, and the motion of the currents. It is designed to take pre-programmed routes to follow undersea creatures at a certain distance. REMUS dives as deep as 330 feet, and it has studied great white sharks and basking sharks. Scientists hope to expand beyond sharks to sea turtles at some point.

The slender submarine recorded 30 interactions with as many as 10 sharks. Four of those sharks were ones the submersible tagged earlier in the mission, while six more appeared on the cameras at various points. Some of the footage was simply amazing.

Researchers wanted to know how great whites hunt below the surface. Cameras have recorded many instances of these sharks capturing prey near the surface of the ocean, but nothing has yet seen what happens in dark waters. Sharks approached the submersible several times, and the submarine received bites on nine separate occasions.

Footage from some of the dives shows one shark following REMUS at a close distance before swimming away as if to observe the submarine. One bite came from Deep Blue when she clamped down on the submersible with her massive jaws for about 10 seconds. The attack came swiftly, from below, which allows scientists to determine vital information about the hunting techniques of these keystone predators. Based on the footage seen of these sharks, it seems as though these creatures stay in darker, deeper waters until they try to capture prey.

Why Is Shark Behavior Important?

Sharks are keystone predators, which means their behavior and survival determine the overall health of their ecosystem. Sharks eat weakened and diseased prey, which makes prey species stronger. Sharks even affect plant life by eating certain herbivores, such as sea turtles, that munch on underwater plant life in shallow water. By studying sharks with underwater submersibles, scientists can piece together more clues about how the food web works in the ocean. This information, in turn, can help conservationists learn how to manage ocean species better.

Sharks are amazing animals, especially when humans can see them in action in their natural habitat. Watch this incredible video of Deep Blue when she gets up close and personal with a couple of divers.