Have you ever watched a storm roll in over the lake or an open field?

The sky goes dark as large clouds roll in and then you see a flash of lightning. A man was able to capture a rare occurrence on video of red sprites just south of Amarillo, Texas.

One of the rarest of weather phenomena, red sprites are aurora-like large-scale electrical discharges that occur during thunder storms in the higher layers of the atmosphere. These intense bursts are very short-lived and are 10 times more powerful than regular lightning.

Red sprites occur at altitudes of about 50 miles into the atmosphere and account for only 5 percent of all lightning phenomena. In fact, red sprites were only first photographed in 1989, and recordings like this one captured in a video by photographer Scott McPartland are extremely rare. 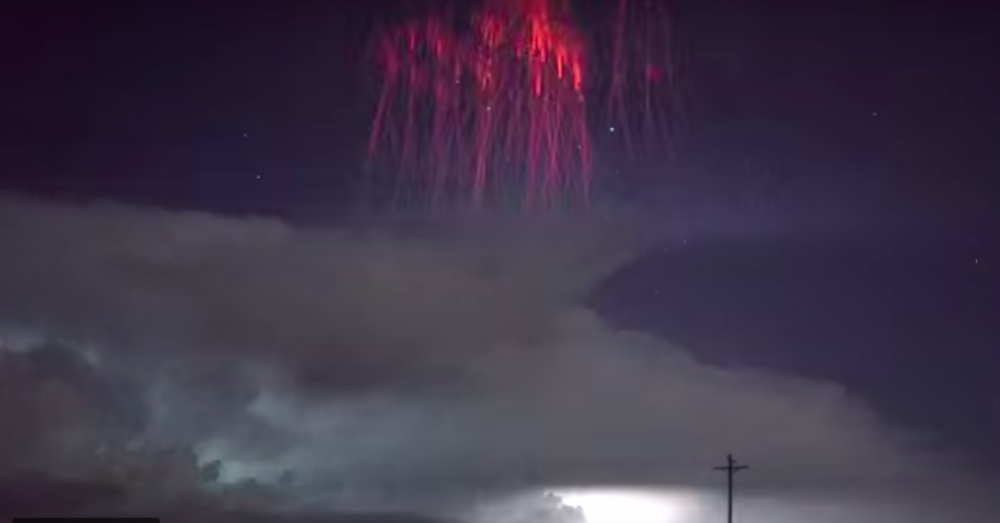 Watch the beautiful red sprite make an unexpected appearance over an incoming storm. Be sure not to blink! It happens in matter of seconds. Have you ever seen anything like this? 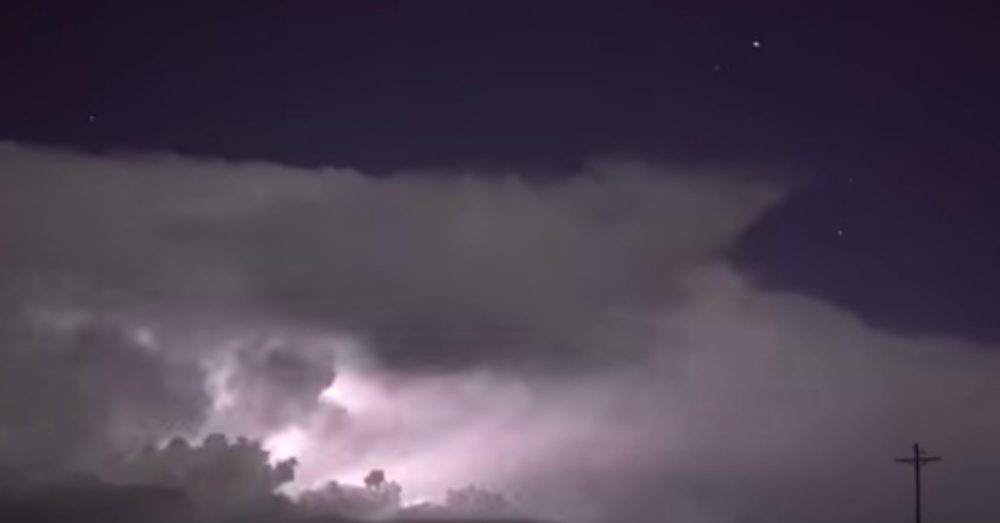 For more awe-inspiring videos of lightning, check out this lightning storm recorded at 7,000 fps by scientists of the Florida Institute of Technology.