Prairie dogs are part of the order Rodentia, the largest group of mammals. While rodents live on every continent except Antarctica, prairie dogs are native to the central and western grasslands of North America. All rodents, including prairie dogs, have a single pair of incisors that grow from each jaw. These teeth have a thick enamel layer on the front but not the back, causing them to wear with a sharp chisel shape. Read on to sharpen up on these fascinating creatures. 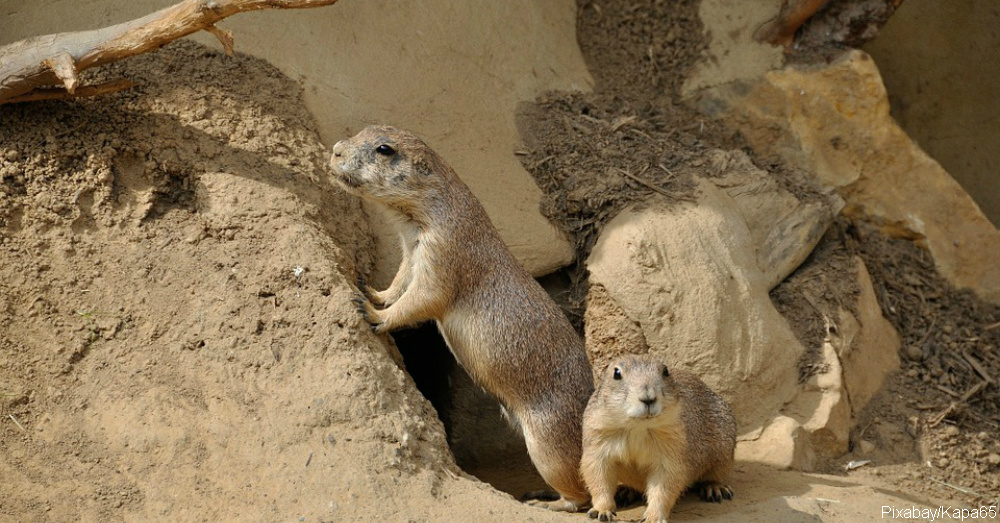 Prairie dogs are members of the squirrel family. Other family members include the chipmunks, groundhogs, marmots, and woodchucks. 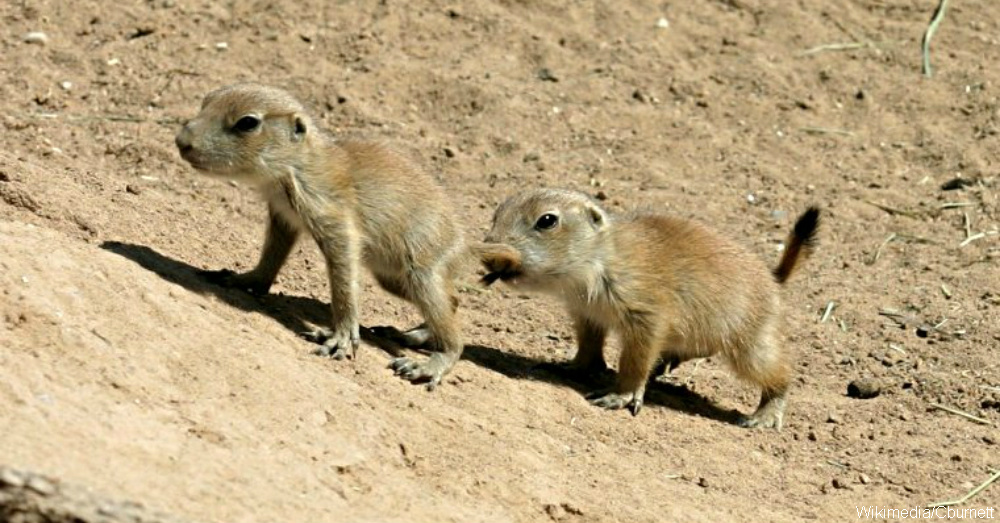 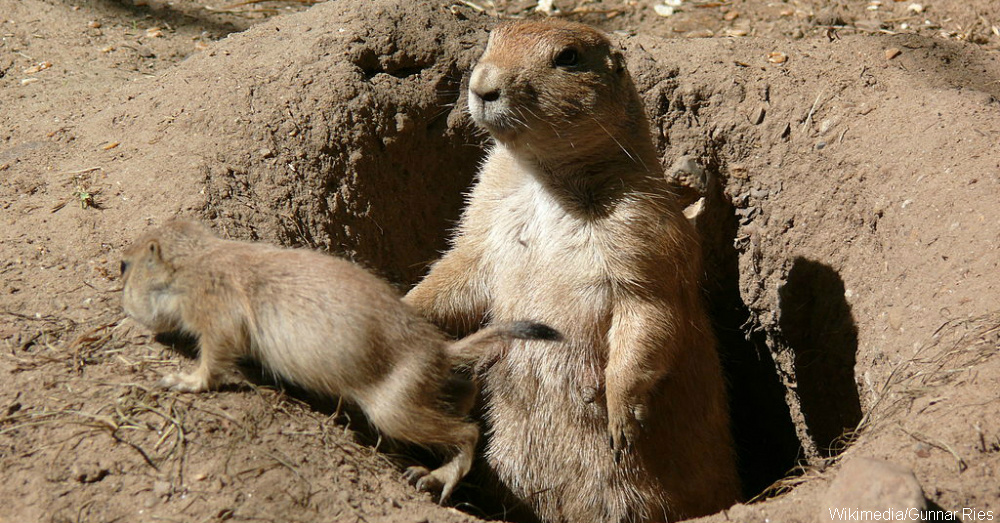 Prairie dogs are social animals. They live in family groups within neighborhoods or wards. A prairie dog town consists of several wards. 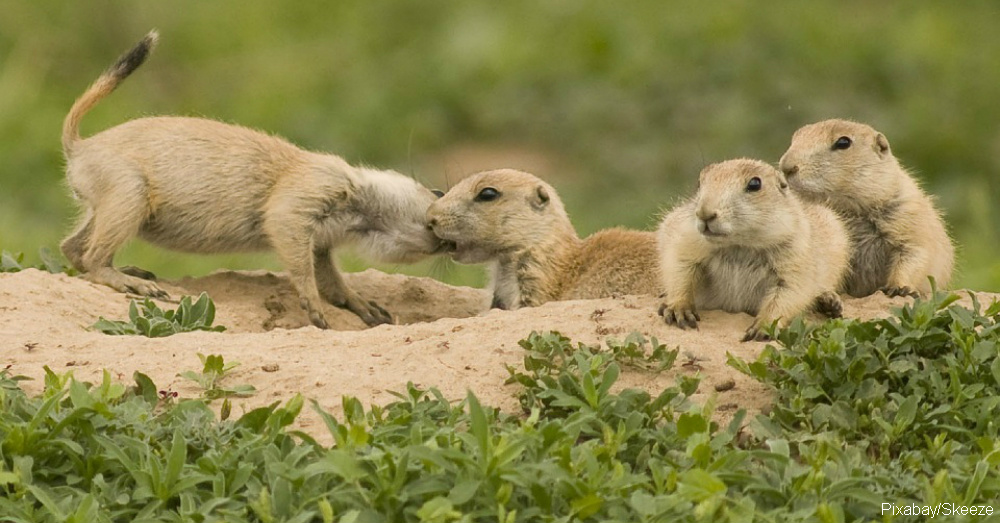 The family unit of the prairie dog is a coterie. It consists of one to two breeding males, several females, and their offspring. The females stick together for life, but the breeding males sometimes jump from one coterie to another. The coterie shares a burrow as its home. 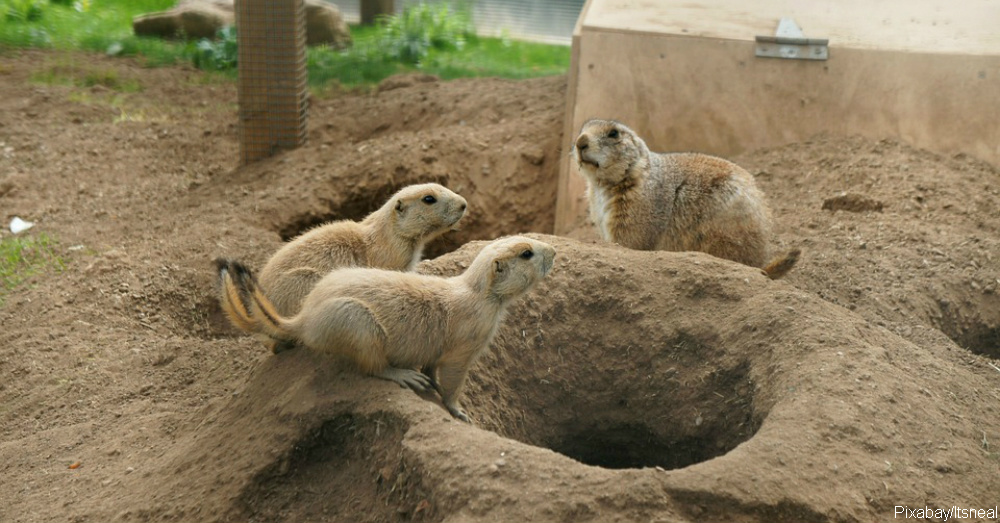 The entries to the burrow are usually raised. The raised entry gives the prairie dog additional height to scout for predators. Prairie dogs spend a significant amount of time building and rebuilding their burrows and build more than one entrance. Inside the burrow, there are several chambers, including a bedroom, a nursery, and “toilet.”

Prairie dogs have a complex language. They communicate to let others know when a predator approaches. By decoding their language, researchers have found they communicate such descriptors as the color of an approaching human’s shirt and their height. 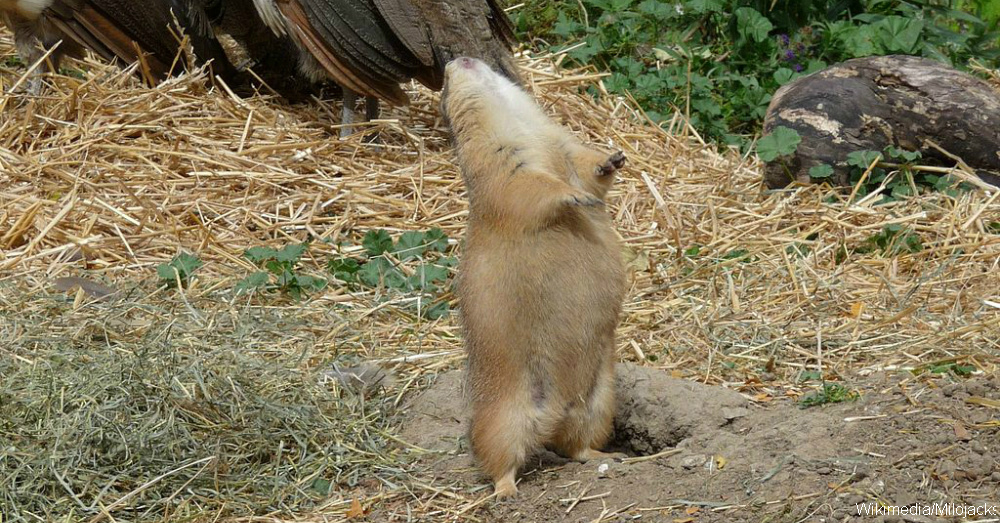 While other rodents breed all year long, prairie dogs have a very limited mating season. In the early part of winter, the female begins estrus which lasts for one hour. The litters include three to eight pups, and only about half survive to adulthood. 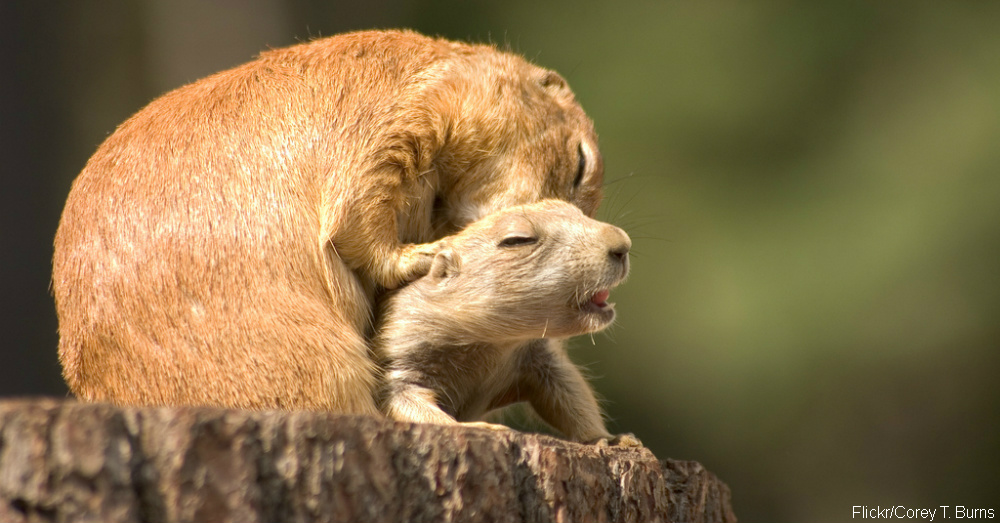 At one time, prairie dogs occupied 40 to 80 million acres of their 400-million-acre range. However, as of 2016, their territories have shrunk by 95 percent and the scattered colonies cover 1 to 2 million acres. 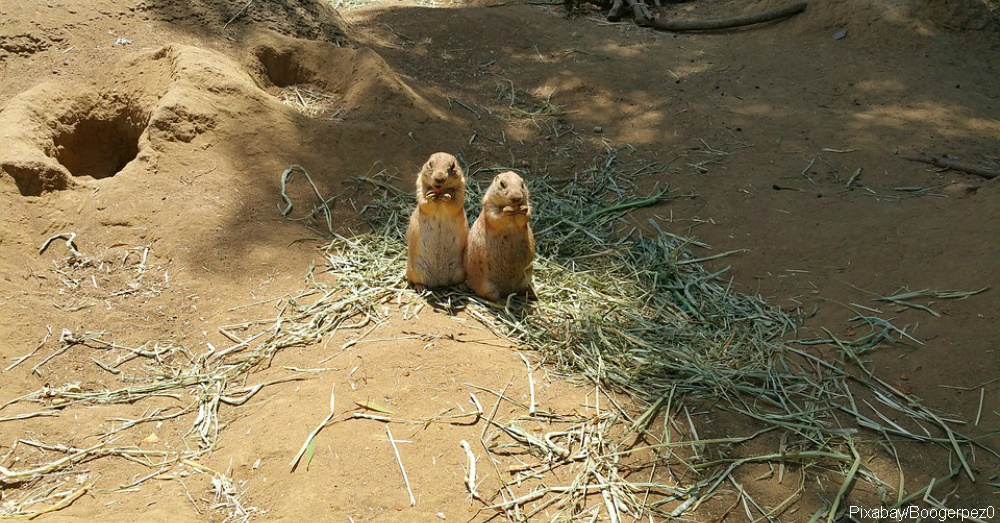 Prairie dogs greet other members of their coterie with a kiss. This kiss is actually a way of identifying one another by touching teeth.