Biologists often have to blend into their surroundings to get close to their subjects, but one scientist is taking it to a new level. Joel Berger is dressing up in animal costumes to study the effects of climate change.

Berger, who teaches at Colorado State University when he’s not in the field, is passionate about wildlife. His previous studies have included researching the sudden die-off of saiga antelope and studying the best ways to protect black rhinos in Namibia. A five-year study has sent him to remote Wrangel Island, a large nature sanctuary off the coast of Russia, to gather evidence about the ways that polar bears are changing their behaviors.

Biologists had previously noticed changes in bear behavior. Grizzly bears in Alaska are increasingly preying on muskoxen, a large, shaggy mammal that was previously wiped out in the area due to over-hunting. Polar bears are also changing to more land-based methods of hunting as ice melts, which may threaten muskoxen even more. Berger and his team of international scientists decided to see if they could determine how those hunting methods are affecting the muskox population in a relatively untouched environment. 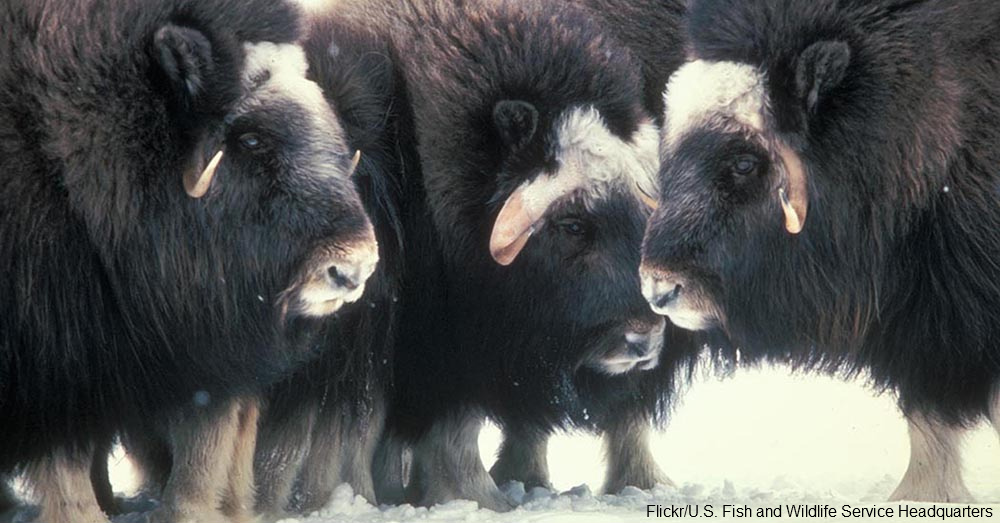 One of their methods involves testing the muskox’s sensitivity to predators, and for that, Berger has to dress up. While his polar bear costume wouldn’t fool a human, it’s usually more than enough to send the muskoxen scattering. Sometimes, annoyed muskoxen — which can weigh up to 900 pounds in the wild and have massive, helmet-like horns — charge researchers who get too close or bother them too much. Other conditions can be difficult as well, as Berger’s team has to contend with dangerous weather and sub-optimal living facilities.

For these scientists, however, it’s all worth it. They plan to use the data from Wrangel Island and related studies in Alaska to see exactly how climate change is affecting these delicate ecosystems and use that information to devise more effective conservation strategies.

Learn about another way that melting ice is influencing polar bear behavior here.