Octopuses are fascinating creatures, but because of their solitary habits and often inaccessible habitats, we still have a lot to learn about their everyday lives. While we’ve known about their ability to change color for some time, scientists assumed this was a defence mechanism similar to chameleons’ abilities. However, new research suggests that there’s much more to it than that.

Following reports of unusual octopus reactions from divers off Australia, scientists conducted a study of octopus social behavior based on video footage. They studied over 50 hours of recordings of Octopus tetricus, also known as the gloomy octopus or the common Sydney octopus, which can have an arm span of over 6 feet. During this study, they paid particular attention to the ways that octopuses interacted with one another and with other creatures and things in their environment.

Based on previous findings that octopuses are aggressive and occasionally cannibalistic, scientists expected to see aggressive and avoidance behaviors as standard. Instead, they discovered a much more nuanced social landscape. 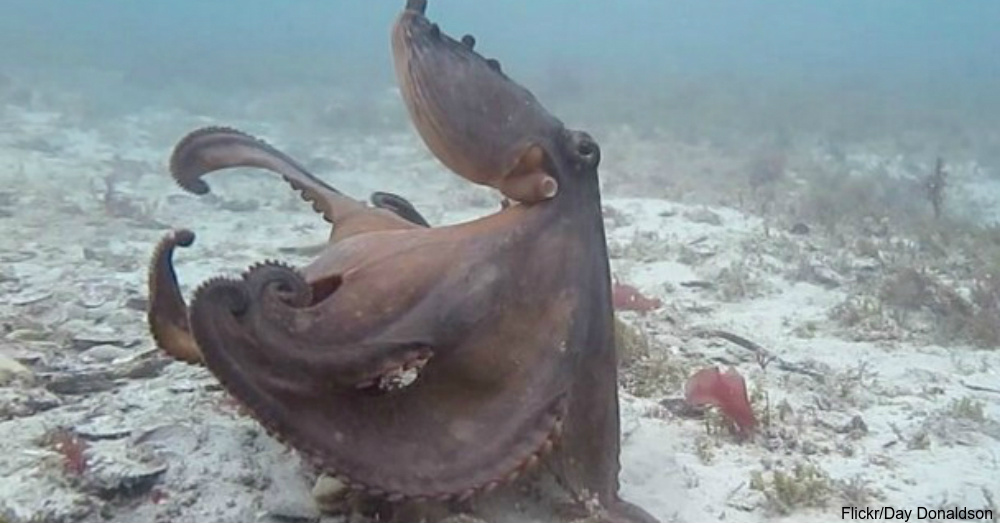 One set of footage showed octopuses returning to the same area several times to confront one another. Primed by a dramatic interaction where one individual octopus appeared to threaten another with a display of dark colors and intimidating postures, the team focused on signalling behaviors in this area.

They saw that octopuses frequently returned here to display colors and reaching out behaviors to other octopuses. While they rarely touched, reaching towards one another and standing tall to make themselves look bigger were very common. There was also a high instance of darkening colors, which appears to be a dominance signal.

When only one octopus darkened and the other went paler and shrank to the ocean floor, aggression was avoided and they both left the area in peace, while if both of them went dark, a fight was likely to ensue. Octopuses are colorblind, so it is likely to be the depth of the color that counts when these displays are made. 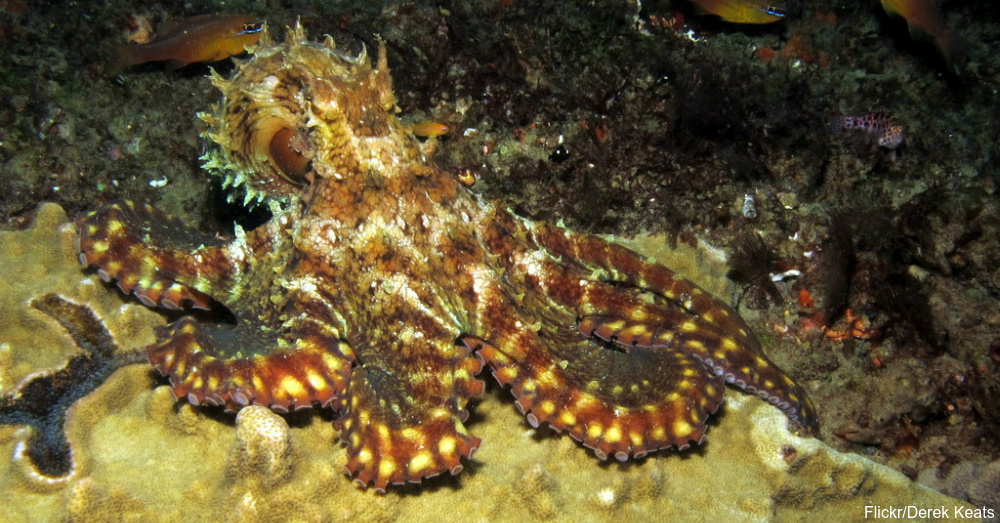 This makes sense of the scientists’ description of this dominance behavior as a Nosferatu display, after the infamous vampire of legend. The looming black demonstration certainly appears scary, and it appears to be a major way that octopuses communicate with each other to prevent fights breaking out. It also mirrors effects previously seen in squid and other cephalopods that had not been previously observed in octopuses in terms of social interaction.

Other interesting findings from this study include more information about the ways octopuses interact with items in their environment. While octopuses in captivity have often been recorded using tools and toys, this was sometimes deemed to stem from boredom. However, investigating this footage of octopuses in their natural surroundings shows that they do have awareness of their surroundings. They use the areas of high ground and embedded objects in the ocean floor to gain even more height for their vampiric displays, for example. 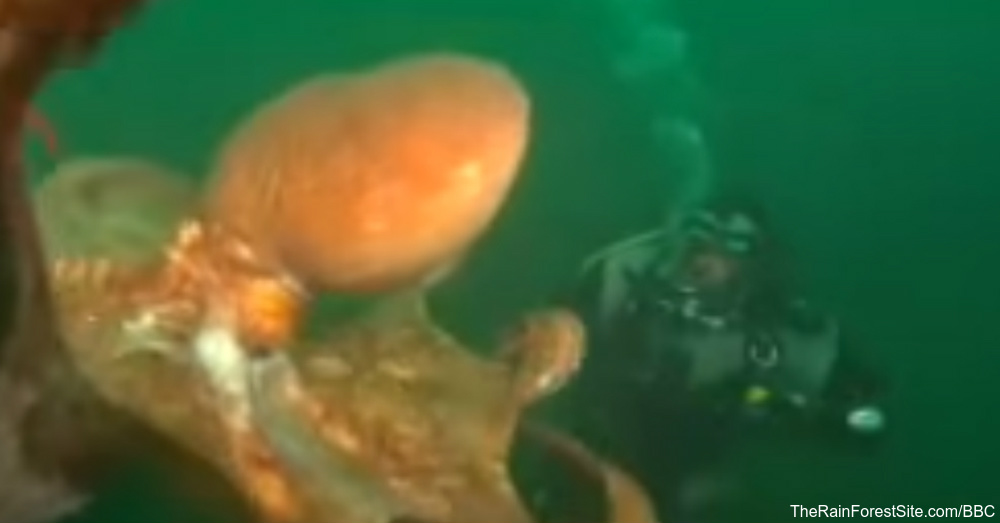 While the communication between the animals appears to be mainly displays of social ranking and dominance, it does suggest that they prefer not to actually fight if possible. The amount of time they spend confronting one another, and the fact that they return to a particular area to encounter one another also indicate that they are not as antisocial as previously believed.

Signalling in this way did not seem to be solely between males, so it’s not likely to be purely about mating behaviors. More study is needed to find out why these intriguing creatures seek each other out just to make the other octopus back down.

Octopuses use their amazing communication and color-changing skills in all sorts of circumstances. Watch as this huge octopus greets a diver as he is getting footage for the BBC.