The primate world may have officially entered its Stone Age, according to recent discoveries. Excavations within a forest of cashew trees in Serra da Capivara National Park in Brazil revealed stone smashing tools that date back at least 700 years.

Capuchin monkeys have inhabited Brazil and other parts of South and Central America for about 40 million years, but their use of tools wasn’t observed until recently. A group of primate archaeologists from the University of Oxford has observed modern capuchin monkeys using stones to break open cashews, prompting further investigation of the site. Several stones were uncovered, all showing wear marks and residue supporting the researchers’ theory. The team carbon-dated pieces of charcoal found with the collection and found that the stones were used at least 700 years ago, maybe even further in the past. The monkeys teach the skill to their young, and have probably done so for generations. 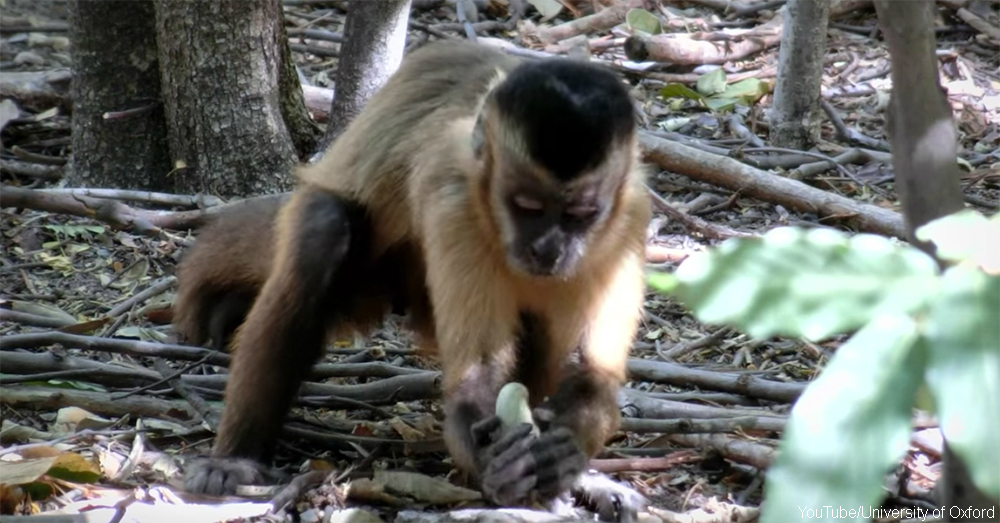 The capuchin monkeys in Serra da Capivara also use stones to dig up plants and vegetables, and they often use sticks to run lizards and other prey out of their hiding spots. In some regions, capuchin monkeys choose heavier stones to smash palm nuts. This isn’t the only species of primate known to use tools. Chimpanzees craft a variety of wooden tools for hunting, and the macaque uses pointed stones to dig for and open oyster shells, often carrying the same tool from one location to the next instead of searching for a new one. 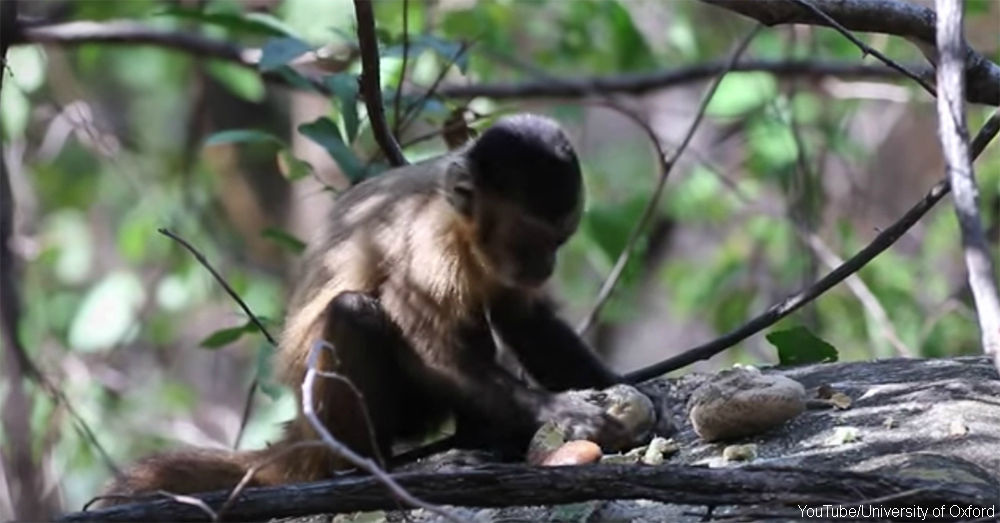 The capuchin population in Brazil appears to be satisfied with its current stone tools, according to the study’s main author, Michael Haslam, particularly in comparison to other capuchin monkeys. However, this doesn’t necessarily mean that primates will never advance beyond the stone age. It took nearly a million years for humans to move beyond basic hammer stones and stone cores during our Stone Age, so monkeys have plenty of time for advancements.

Capuchins are adorable monkeys and, like many primates, they’re quite intelligent. Take a look at how this special species protects itself from mosquitoes.